I have spent the last week trying to connect my ps4 account to my Spotify and it doesn't work. I'm not connected to another account with it already for sure. What happened was I had my psn already connected to a different Spotify account but I disconnected it because I didn't want to use that account anymore and I was planning to switch to another one. Now, wether on the PS4 website or on the PS4 console app/quick access to app I just get the error code "CE-35327-0" which apparently means the PlayStation network is busy and to check the status yet every time I check it, it says everything is working fine. No clue what to do, my PSN account is called "Le_Cro_King" and the email I'm using to associate with both my psn and Spotify account is "Charliekingbps@gmail.com".

Ive tried reinstalling the app, anything I could think of but nothing changes.

Exact same problem here; disconnected one account and then get a generic connection error code when I try to connect another. I can't even open the app without linking an account.

I am also having the same issue please fix it 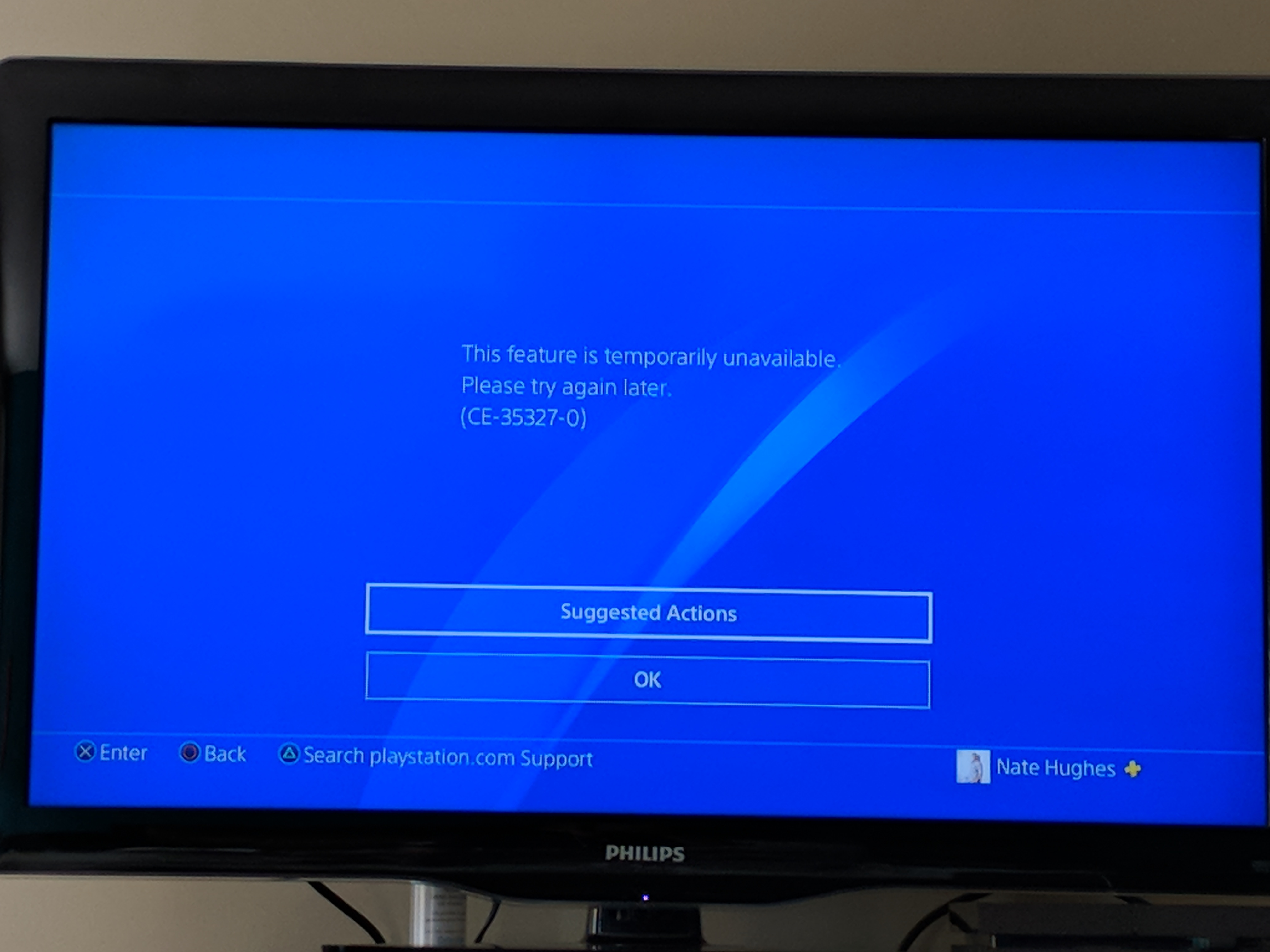 Same for me, almost a year later. You'd think they would fix an issue like login in less than that, wouldn't you?

Spotify is so **bleep** on PS4. You guys must be so greedy to just squat and **bleep** out an app like this just to get the Sony deal tied up. Fix your broken nonsense app already, and then keep it fixed.

'Generic connection error' because the app cant handle 2 logins. Is that like an app equivalent of clapping hands over ears and shouting "lalalalala there's no problem if I don't look at the problem!"

Not sure if adding to the chorus will matter, but I too have this problem. I deleted my Facebook and my username on Spotify turned into a bunch of nonsense numbers. I didn't have much I would need to do to rebuild my Spotify setup, so I deleted my account and started up a new one. Who knew the Spotify app on PS4 wouldn't be able to handle such a situation? Sure, it's probably not a super frequent problem, but I feel like it shouldn't be designed to break so easily.

Spotify dont care one iota. The deal with Sony is already struck. They've made their money already - so why dedicate resources to maintaining it? Proof (if needed) was supplied by the disinterest in this thread.

Im just gonna keep downloading music onto my phone while this 60 day trial runs, then just transfer all the music files into my normal music folder within android system, and cancel the premium renewal. Ty for the music Spotify (I cannot call it free music when it is this badly designed - even if I haven't paid a penny)