Listening on LAPTOP-C4ETKNVC - (Hint: It's not mine!)

Listening on LAPTOP-C4ETKNVC - (Hint: It's not mine!)

I've "Signed out of everywhere" several times since this problem started months ago.
My password has been changed since then as well.

I have three devices I listen to Spotify on, my phone, my laptop, and my desk computer.
None of those devices have the name "LAPTOP-C4ETKNVC"

Whoever is using my account, starts to listen to the same songs. Today they've played these songs: Home - Resonance || Melanie Martinez - Mad Hatter || Pink Guy - Stfu || Melanie Martinez - Sippy Cup
None of these I've ever heard of or willingly played. They haven't even shown up on my 'Discovery Weekly'.

When this other person has control over my Spotify, I will change the song to something in my playlists but it will flip back to the other device before my song is over.

If I move the time to later in the song so it will end, something puts it back towards the beginning. This tells me there is some thing/one on the other end of the device that is not mine. 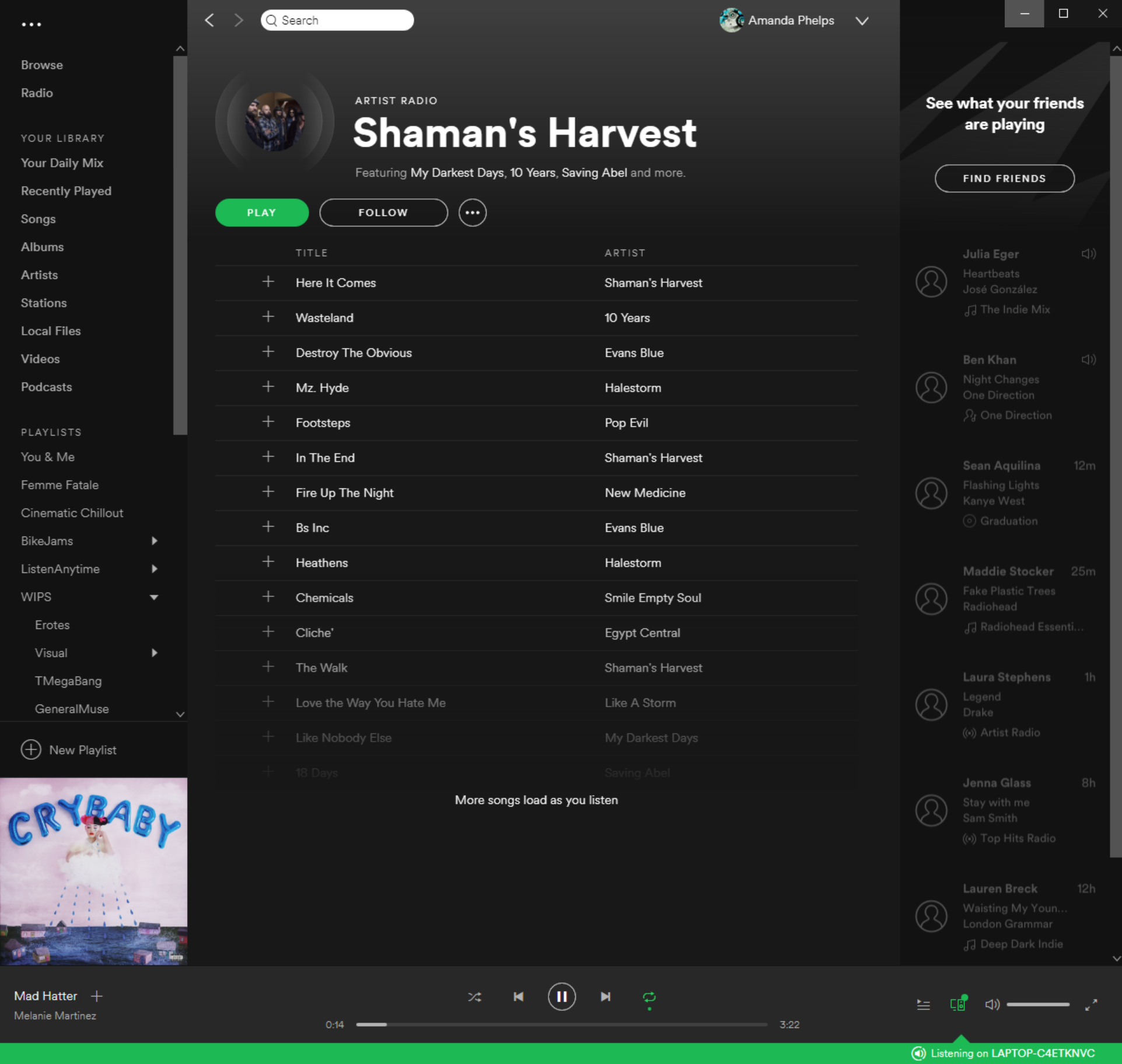 Re: Listening on LAPTOP-C4ETKNVC - (Hint: It's not mine!)

Thanks for reaching out! Sorry for the delayed response. Do you still have this issue?

You can always check out this support site article on what to do if that occurs.

Let us know if you need more help 🙂

KaterinaModerator
Help others find this answer and click "Accept as Solution".
If you appreciate my answer, maybe give me a Like.
"Kindness is the language which the deaf can hear and the blind can see." - Mark Twain
Reply
0 Likes
SUGGESTED POSTS
Log In