Lost the ability to edit albums for no obvious reason

Lost the ability to edit albums for no obvious reason

Previously I have been able to only save certain songs from an album and have only those songs appear in my library, as of last night I only have the option to save the entire album and can no longer remove individual songs from my library.

This change occured on both phone and desktop without me manually updating either (though I did update shortly afterwards in an attempt to fix it). The ability to edit albums like this, removing the 1 or 2 songs I dont like is one of the main reasons I use spotify, so whatever the cause is I'd really like it fixed.

For reference in the picture attached previously only the songs with ticks next to them would appear on this page, now the entire album is there and I cannot remove them. 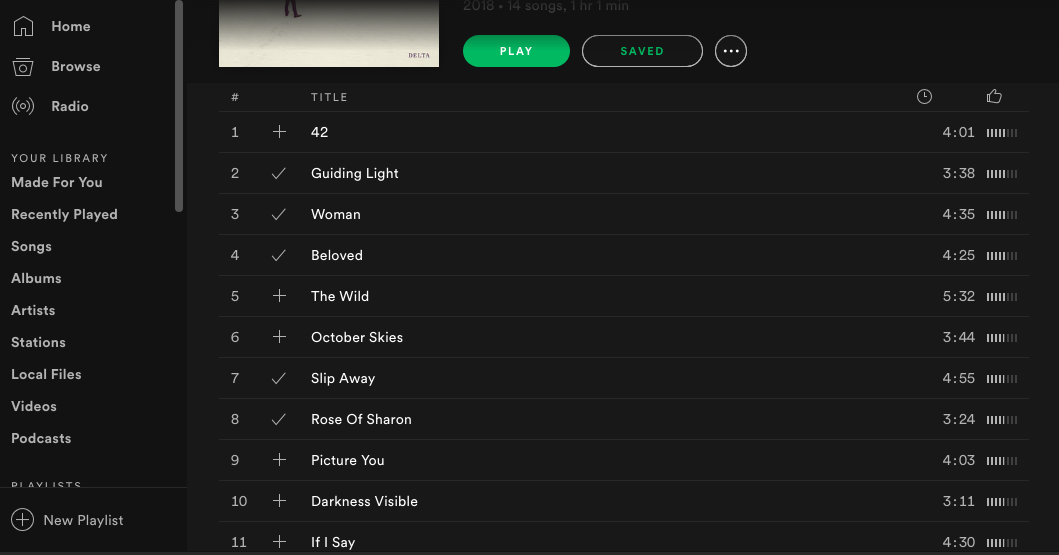 I've encountered this same change on desktop and mobile today. I also really dislike it, I used to be able to select an artist and get all the songs that I've saved to my library from them but not the rest of their stuff (personally, I usually listen to studio versions, so it's great to be able to exclude live albums or live bonus songs).

An additional change I noticed was that the artists page only contains sorted the ones that you are following, whereas previously it included all the artists that you have any songs in your library from. This is a pain because it's requiring me to go throw and slowly follow every artist that I have in my library if I want to be able to sort them alphabetically.

Thanks for reaching out to us about this, we'll be happy to clarify 🙂

We've recently been rolling out a new version of Your Library, and we've changed the way in which music is now saved on Spotify. To learn more about this, make sure to head over to this Spotify Answer.

Hope that helps! Let us know if you have any further questions about this.

Bipolarbear207
Casual Listener
First of all none of those changes are in any way better than the previous system, your library just ends up looking like a cluttered mess, especially on mobile. Secondly it still doesn't explain why we're now forced to save entire albums rather than just being able to cherry pick a few songs. I don't know what the thought process behind this was but please revert it.
Reply
1 Like
Highlighted

Thanks for your feedback.

There are a few existing ideas in the Community which you can add your vote to and which would be a good place for your feedback regarding the way albums are saved - make sure to check this and this idea out!