Lyrics Are Not Showing

Lyrics Are Not Showing

Malaysia (100% sure lyrics function is enabled in my country.)

Hi, my account does not have the view lyrics option for the longest time. I read through the forum and these are the troubleshooting steps that I have conducted.

I quit and reopened the app. I played the same song, and the lyrics function was missing/disabled.

Hey @jasonlioh, thanks for reaching out to the Community!

This is one of the new features that Spotify is trying out. Spotify always tests possible improvements, so you might not see something your friends do. Spotify does appreciate your feedback and I’ll make sure your voice is heard.

I hope you’ll find this useful. Don’t hesitate to reach back out if you need anything else!

Billy-JRock Star 24
Help others find this answer and click "Accept as Solution".
If you appreciate my answer, maybe give me a Like.
Note: I'm not a Spotify employee.
Reply
0 Likes

However, when I am in the office, out of 5 people in the table, 4 of them have lyrics function enabled but not me, I think it's really disappointing.

Oficial press release stated that Malaysia is one of the selected countries to have the function enabled, but not me, I think it's really disappointing.

After having the lyrics function enabled briefly and then got taken away, I think it's really disappointing.

I don't think it's about a new feature being testing, because it is rolled out already. If it is being gradually rolled out to all the users in the country, then, perhaps, let us know when or an estimated timeline. It's coming to 3 months since its official announcement already.

I am sorry that you feel this way. One thing you could do if you want this feature is create a new account (no guarantees that this will work), and transfer your content from your old account to the new one if you see the lyrics on the new account. Based on your original post it also seems like you have Spotify Premium, which you could get in touch with Customer Support who can take a closer look into transferring the subscription to the new account.

No worries though I’ve also passed all of your feedback to the right folks.

I hope that can shed some light on things. If you need anything else, just ask. I’d be happy to help further!

Billy-JRock Star 24
Help others find this answer and click "Accept as Solution".
If you appreciate my answer, maybe give me a Like.
Note: I'm not a Spotify employee.
Reply
1 Like

I have exactly the same problem but I have the family plan, all family members have lyrics (Android and iOS) but on my iPhone 11 Pro they do not appear. I also think it is not because is a new feature. I've been dealing with this problem for a long time, I hope they fix it soon.

even uninstalling the program (all clear).

How to fix it?

Re: Still not working 😫

Try logging out and back in twice and see if that makes a change. If not, you can try creating a new account with another email address and transfer you music collection over to that account following the steps from this Guide.

Hope you find this info useful. Don't hesitate to reach out again if you have questions. 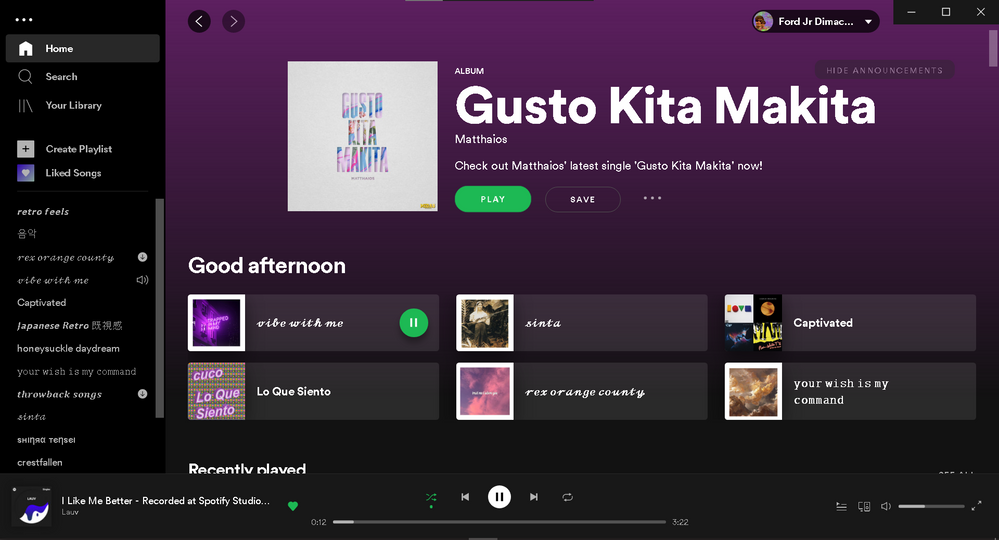