random playlists keep popping up in my recently listened to

random playlists keep popping up in my recently listened to

There are 2 playlists that keep showing up in recently listened too that have the song “writing on the wall (featuring post malone, cardi b, rvssian) by french montana multiple times. that is the only song in the playlist. also on christmas day i came back to spotify on my xbox and found a bunch of electronic/pop singles played in my recently listened to. i mostly listen to rock music so this is definitely strange. also all those singles were the artists’ only song and they had only about 30,000 monthly listeners. i have reset my password but the playlists with writing on the wall still show up. also a few times i asked my amazon echo to play a song it switched to a completely different song (once like a german pop playlist and the other to the “writing on the wall” song). im a very private person when it comes to personal accounts so i do not share my account with anyone. i really hope you can help me.

EDIT: thank you to everyone who responded, i took your advice and changed my passwords. strangely enough the solution was to disconnect from my amazon echo. i had disconnected all devices and then a few days later (because i was lazy **bleep**) i added my echo back. for those days without the echo the playlists didn’t move. but once i reconnected to my echo they showed back up. i’ve given up on my echo and hopefully this is back to normal! 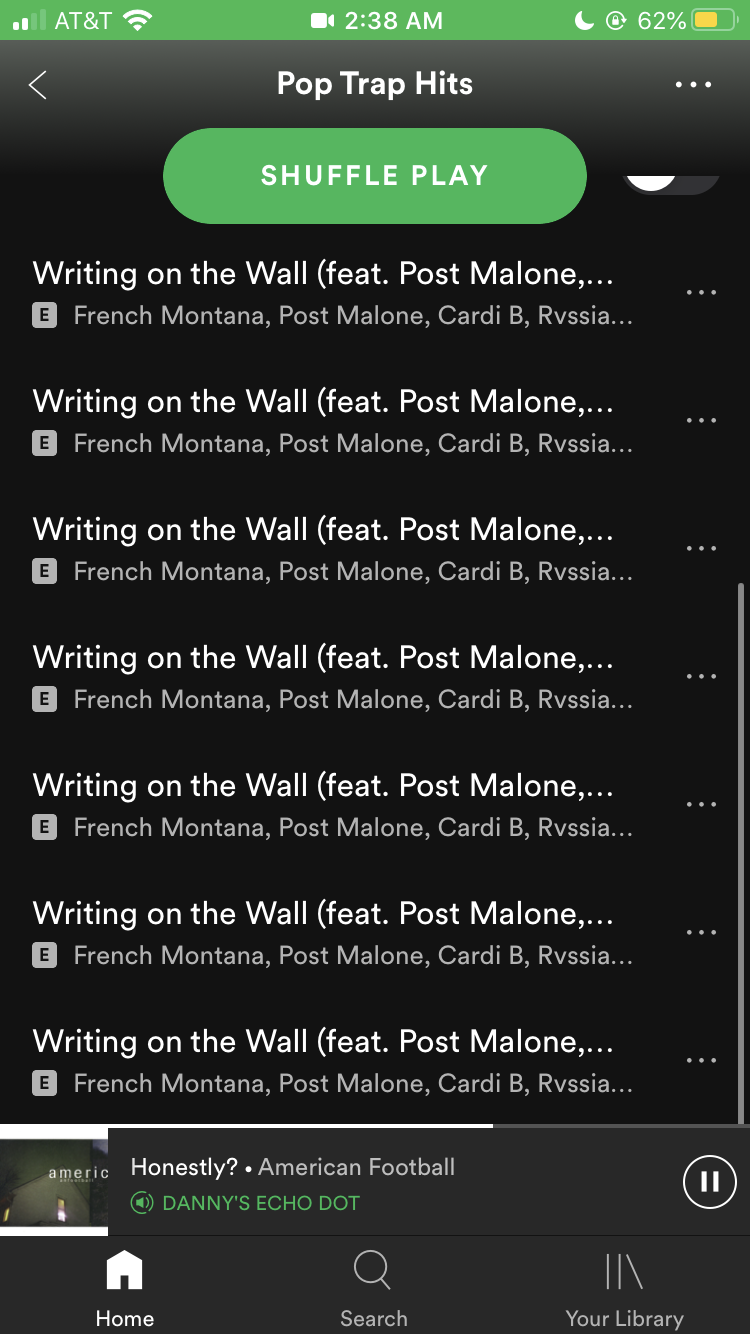 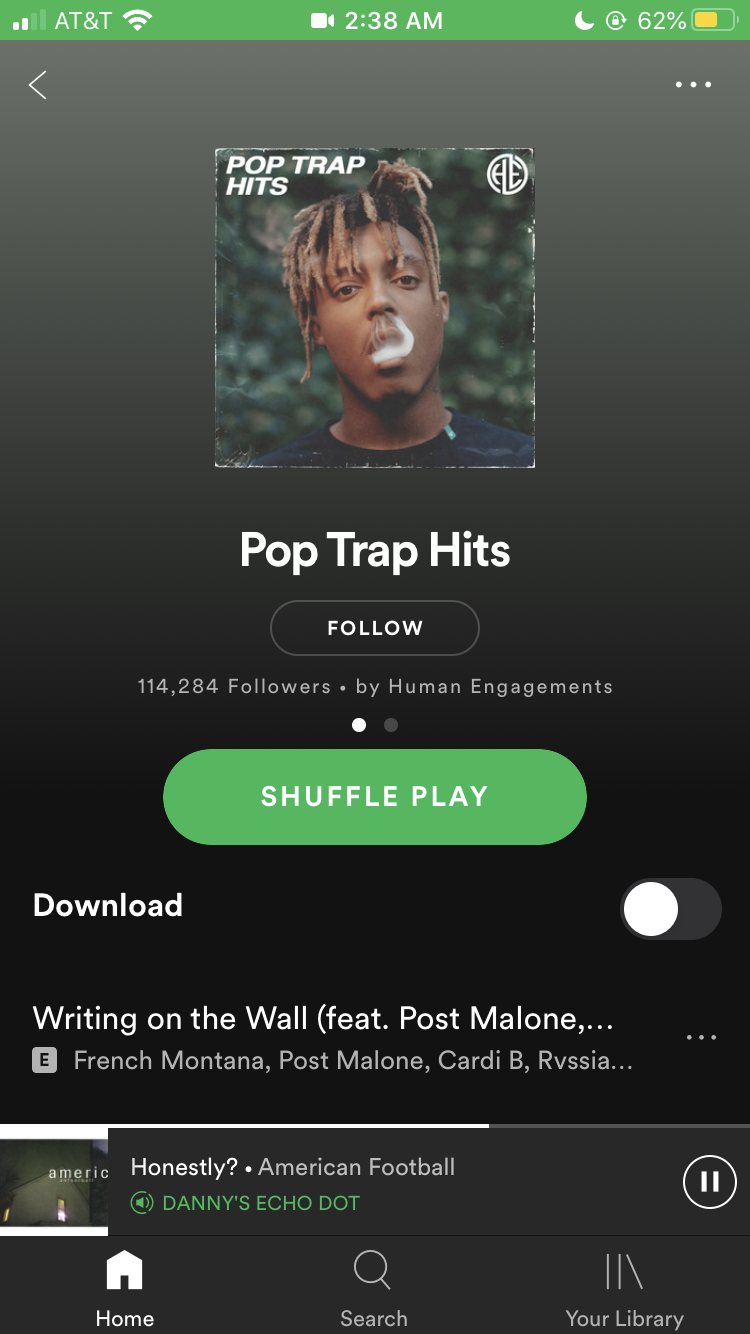 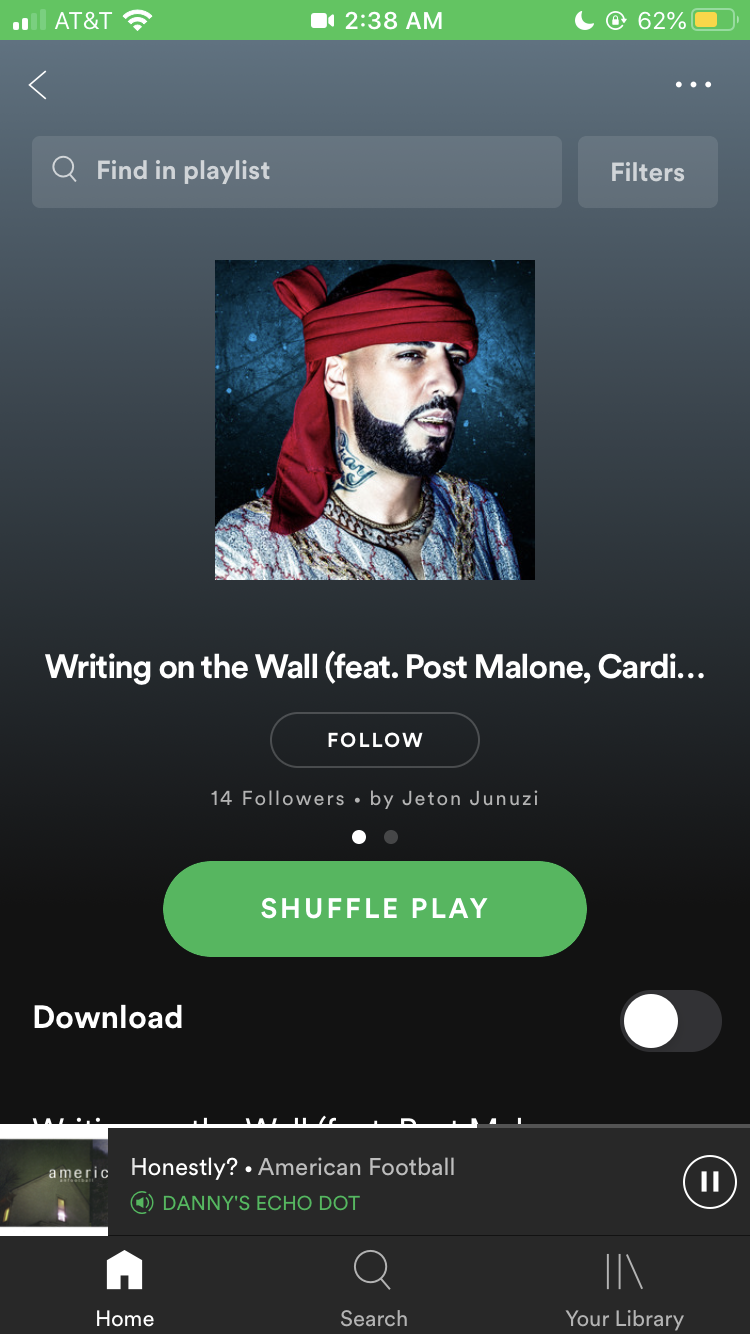 Re: random playlists keep popping up in my recently listened to

I also strongly suggest you change the password for:

Hope this helps, let me know if you're still having these issues, or if this solved it!
Happy holidays! 🙂

Re: random playlists keep popping up in my recently listened to

Thanks for reaching out!

In addition to @mosohodPeti's helpful tips, here's some advice on how to keep your account safe, so this doesn't happen again. Hope you find these useful.

PetyaModerator
Help others find this answer and click "Accept as Solution".
If you appreciate my answer, maybe give me a Like.
Reply
0 Likes
SUGGESTED POSTS