All liked songs are gone

All liked songs are gone

I recently got a new phone (s20 ultra) and logged into my Spotify account. all my liked songs were there and everything worked well.

Then I did a factory reset on the old phone I used before (huawei p30 pro) but after that all my liked songs were "removed" on my new device.

When I searched for the songs which I liked it was marked as liked (filled out heart) but it just appear in my "liked songs" when I unlike and like again.

On the other hand my liked songs still appear at my computer (Linux) but on my phone they're gone.

Could u please take a look what went wrong there? 🙂

fyi: Meanwhile I added new songs to my library but it would be nice to see the previous liked songs again in my list 🙂 (Playlists weren't affected they're still here)

Could you try restarting your device? If that doesn't help, try a clean reinstall of the app following these steps.

If you're still having trouble, let me know what device this happens on, as well as the current software version. Also, attach a screenshot or screen recording of what you’re seeing and I’ll take a closer look.

Let me know how this goes!

Billy-JSpotify Star
Help others find this answer and click "Accept as Solution".
If you appreciate my answer, maybe give me a Like.
Note: I'm not a Spotify employee.
Reply
0 Likes

I restarded multiple times but now it seems like u guys fixed something bc my Songs appeared again 😄 didnt even restart theyre just downloading rn thanks a lot!♡ 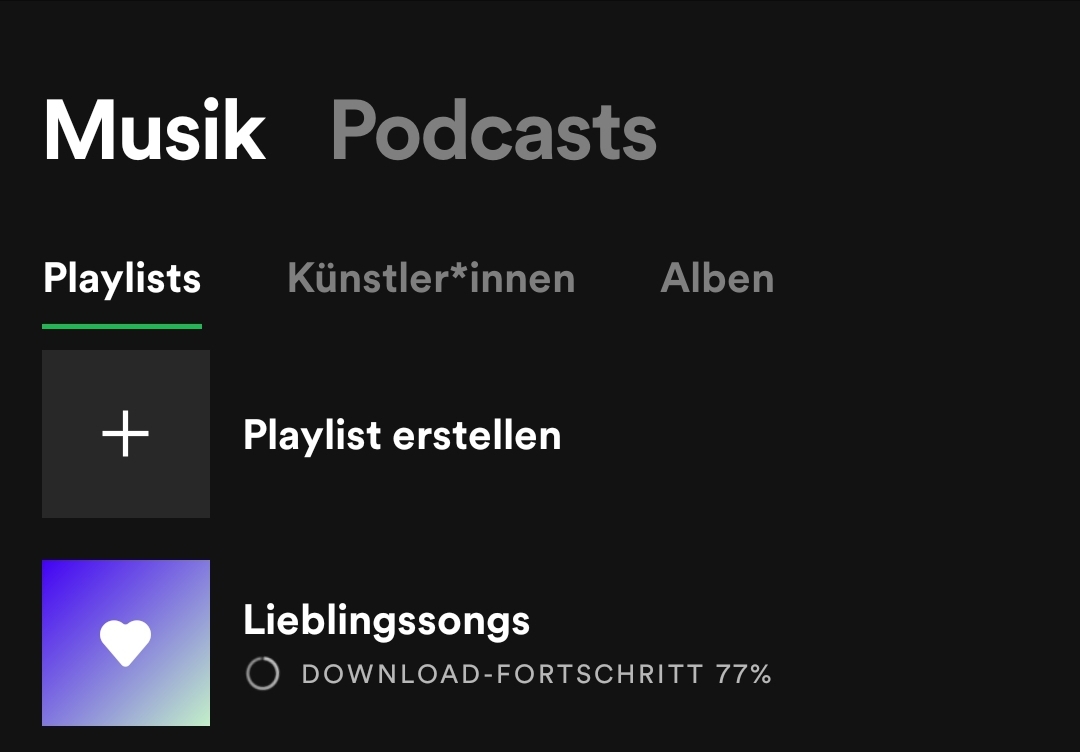 That’s great. You’re welcome, happy to hear everything is good to go. If you need help in the future, don't hesitate to start a topic and the Community will be happy to help.

Billy-JSpotify Star
Help others find this answer and click "Accept as Solution".
If you appreciate my answer, maybe give me a Like.
Note: I'm not a Spotify employee.
Reply
0 Likes