I've been using the Android app on all my devices for years now, I finally got Premium when I realised I could get a student discount a few months ago. The app has been working great in landscape mode in my car to easily view the cover flow of a song or album while I'm driving so I don't need to take my eyes off the road, but over the past week my phone doesn't rotate when viewing the album cover anymore, it does rotate when I click on my wireless devices like my laptop or PC though. Is anyone else having this problem?

My phone is a Motorola Moto G4.

Sidenote: My iPad, old iPhone etc don't have this problem.

Attached is a screenshot of my phone looking at the album cover and holding the device landscape with rotation turned on. 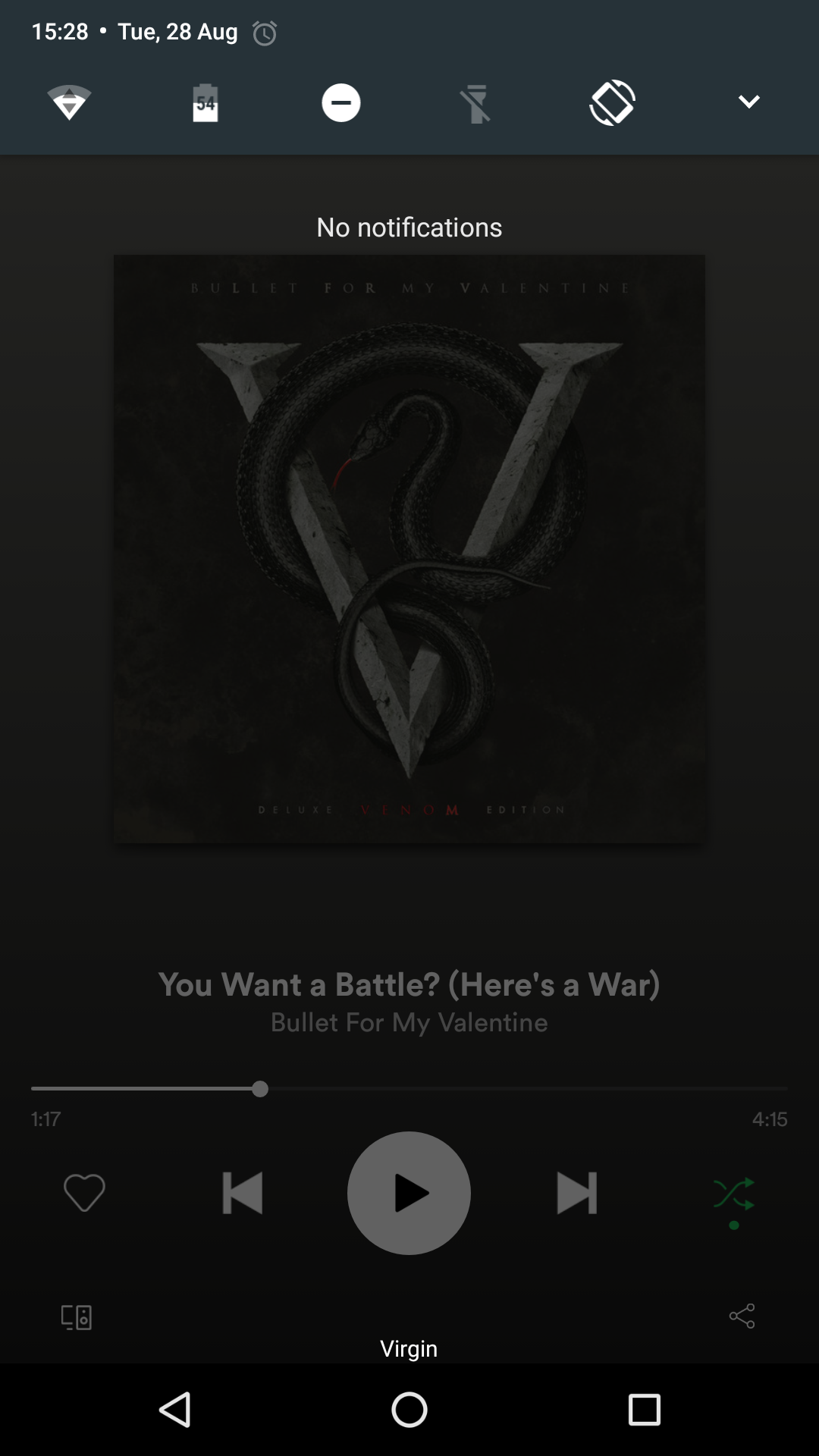 I've noticed this too man.. I use it in my car too and now it doesn't go landscape anymore since the latest update. its really annoying. I wonder if it has been disabled temporarily. Spotify please fix this ASAP!

I've been scouring google and decided to come here and lo-and behold someone else is having the same issue I am. I've used the app for YEARS and never an issue until this update 😕

Is there a way we can share this so that it gets more attention?

All I have found back from anyone in the know in this community on this was a clown who just kept reiterating "Spotify doesn't support landscape".

So an app that has already had a landscape mode for several years now is going to take the angle of "We don't officially support that"?

Do they have any idea how many of their users are car travel based?

Do they have any idea how many car users have landscape based mounts that don't even rotate?

Or landscape based head units that would literally require the car to be turned on its side?

Or how many car users who just plain hate the way a portrait phone looks on a dash???

On my permanently landscape screen this issue locks out my Android soft buttons so that the screen not only goes black, but my device is locked on crashed Spotify and can't be exited.
If I leave it long enough it crashes and restarts my whole screen (takes several minutes of staring at a black crashed screen).

Was hoping that I wasn't going to have to uninstall Spotify in order to prevent my kids from launching it and buggering my screen for the several minutes required for it to crash and restart...but the last update still didn't fix this issue and I haven't seen Spotify acknowledge the issue at all yet.

Isn't this how Yahoo became the fabulously successful global search engine that it is now???

Yeah that is ridiculous.. this is such a downgrade from the previous app behavior I guess the only way for us to get landscape is for us to use android auto but that is not the best solution for when I have passegers on road trips or if I would like to add songs i hear to a playlist or have someone do it for me.. there must be a way for this to gain more traction