So frustrating that landscape view still doesn't work for the 'album art / song played right now - mode'. As you can see in the picture, this screen gets stuck on vertical mode. I want to view this horizontally. Especially when I'm working from home these days. I use my phone to play songs on Spotify and I use cam apps to connect with colleagues. So I place my Samsung S10+ horizontally. So frustrating to see the album art this way.

It was there for years. Suddenly it stopped. When does it come back? Please FIX it, Spotify!

Thank you, I guess a big thank you from all the home workers right now. 😅 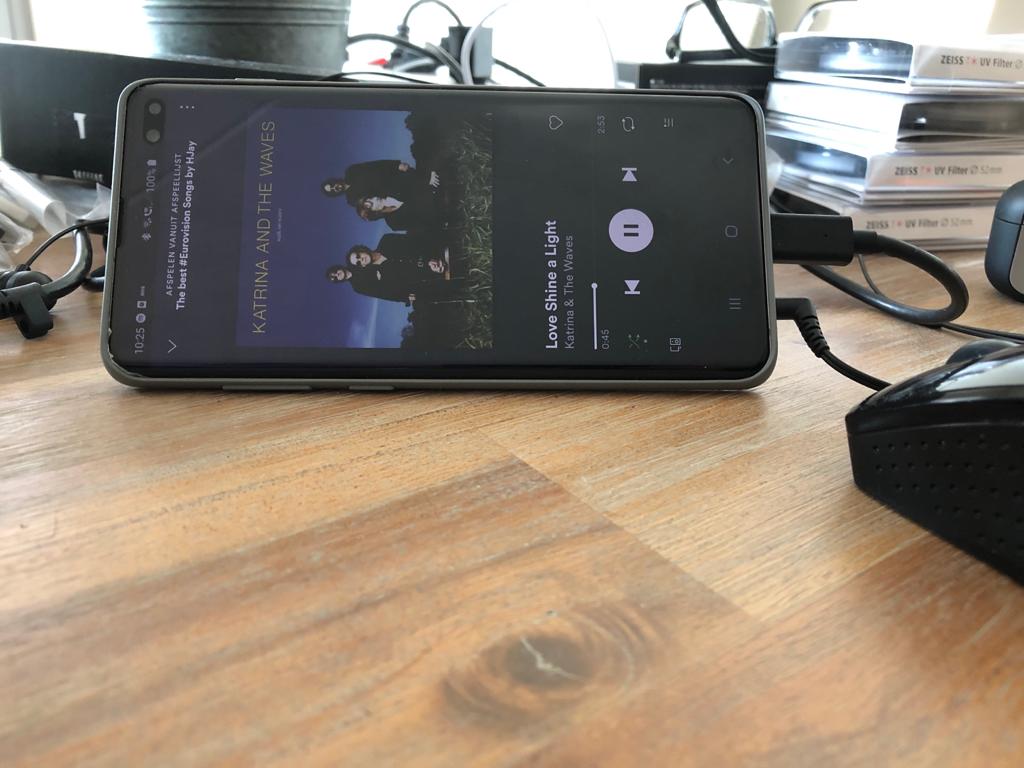 The landscape view is currently not available on mobile devices. However, we appreciate you taking the time to share your suggestion with the Community.

We also suggest checking this help article for useful tips on how to submit an idea. As a heads-up, it's good to know that the higher the number of votes an idea gets, the more likely it is for the idea to be implemented 🙂

This is asked so many times by so many people. You had it since 2013. Why is it gone?

I can't add new ideas to the forum. So I will keep on posting it here and ask for it. Hope others will ask for landscape mode too.

It's actually worse for my phone. When it's in landscape and I tap an Album or Artist, I get a black screen loop until I turn my phone back to portrait.

I think that I ABSOLUTELY ridiculous that in 2020 Spotify still thinks that having a landscape mode is not a feature that should be offered. I also think that it is VERY lazy of Spotify devs to reply "The landscape view is currently not available on mobile devices. However, we appreciate you taking the time to share your suggestion with the Community. If you think other users might also like it, go ahead and create an idea on the relevant idea board."

Here is why I think it's lazy:

1) there are several posts regarding this already all over the internet. just google it

2) for a user to start a suggestion community board takes real effort on the user part. I'm willing to bet that an average Spotify listener either doesn't have know-how on how to start a "community board discussion", or they don't feel like doing that because they think that all their effort will go unnoticed, just like I do.

Conclusion: Spotify is a service provider, like Youtube, just to name one platform. And YouTude does offer a landscape mode. Why do we, the end-user, have to make suggestions? Landscape mode is a pretty basic function. If the hardware that you are using has a landscape mode, then, logic would dictate to have that feature too. However, it seems to be a trend that software developers dictate what the best for the end-user, instead of offering features people ask for. I feel that if Spotify wanted to be the platform more people would gravitate toward, they would offer a seemingly simple feature. Make it a paid subscription only feature if you have to. Wanting to stand out in a crowd is often a trade of a new company wanting to separate themselves from others, and Spotify being as big as they are maybe lost that hunger.

xJeallen3x
Visitor
Thats bullcrap because landscape mode worked less than a month ago.
Reply
1 Like

We apologize for the confusion. The Landscape mode should be currently available on Mobile and Android Tablet. Bear in mind that it depends on the resolution and screen size of your device. It also might not work on older Android devices or on devices with smaller screens.

If the feature was working before and has now stopped, try performing a clean reinstall of the app and make sure your phone is running the latest software updates. Also allow Spotify through any permissions software.

Hope you find this info helpful. Don't hesitate to reach out again if you have more questions.

Landscape doesn't work on Pixel 3, which is neither old nor small. I can use landscape mode within Android Auto, but that's just a ridiculous workaround.

The folks at our tech team are currently looking into this, so make sure to vote for the Ongoing Issue here if you haven't already. It'll also be useful to Subscribe via the three-dots menu in the top right corner next to the title. That'll make sure you stay up to date with any relevant updates about this. Tough we can't say when exactly this will be fixed, we'll be sure to keep you updated with any news on the matter there.

Hope this info is useful. Let us know if there's anything else we can help with.

So have the device any updates? It's been a year that they've been supposedly looking at it now and there never was any update to this post...