An issue has been happening with the latest couple of updates where playlists on shuffle will completely jumble around the next songs in the queue.  This tends to happen when the app is put on pause for an extended period or the connection (wifi/data) cuts off or changes.

Adding to the frustration is that once this happens, the playlist will no longer bring up new songs in the playlist, but instead bring up previously played songs and end after that.

This doesn't seem to happen with my smaller playlists (say around 20 songs or so), but is a consistent problem with my Liked Songs and larger playlists.  It's has been a huge bother since it started since I typically just listen to my Liked Songs on shuffle, adding, moving around, and removing songs as it goes along. 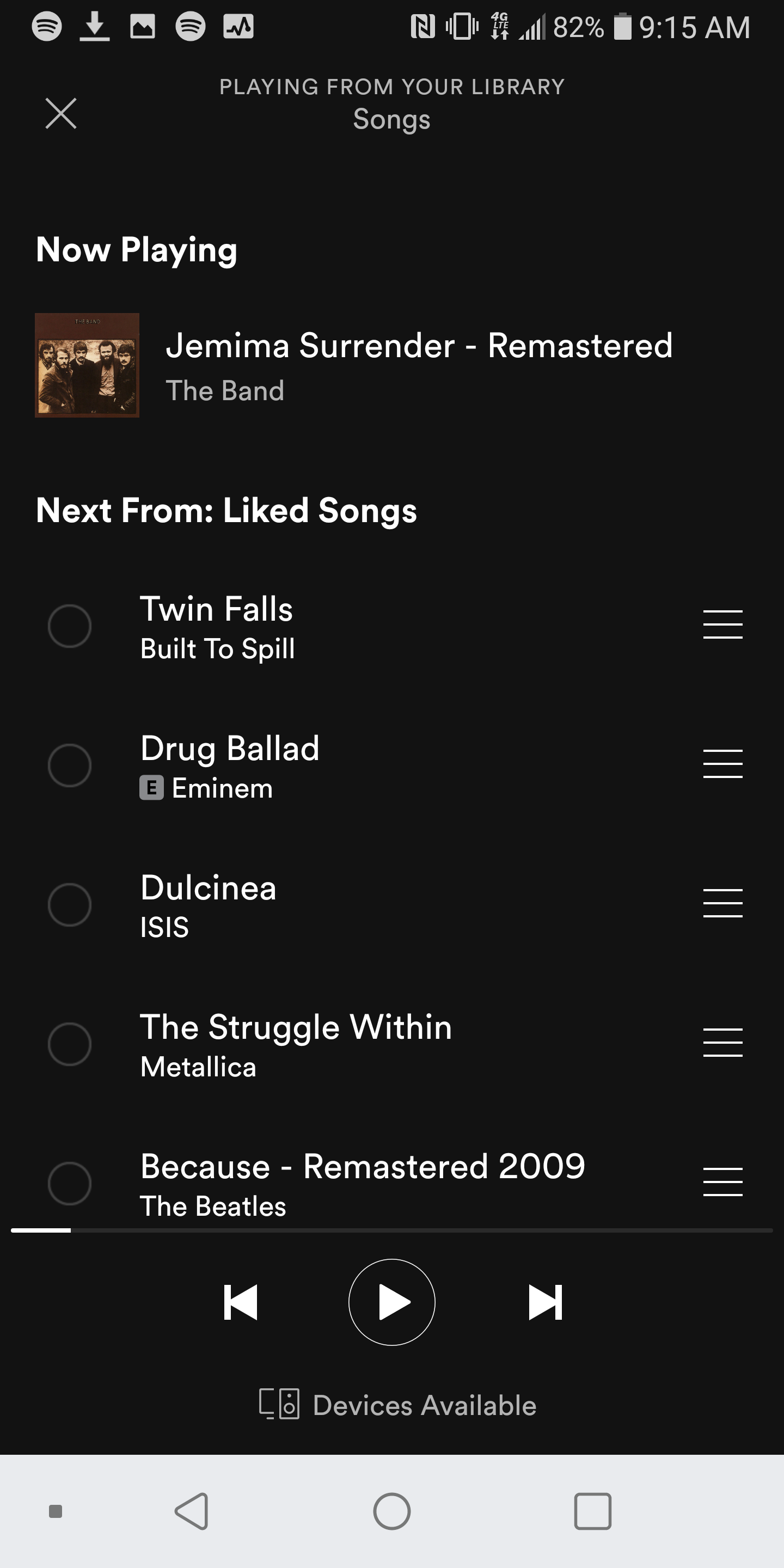 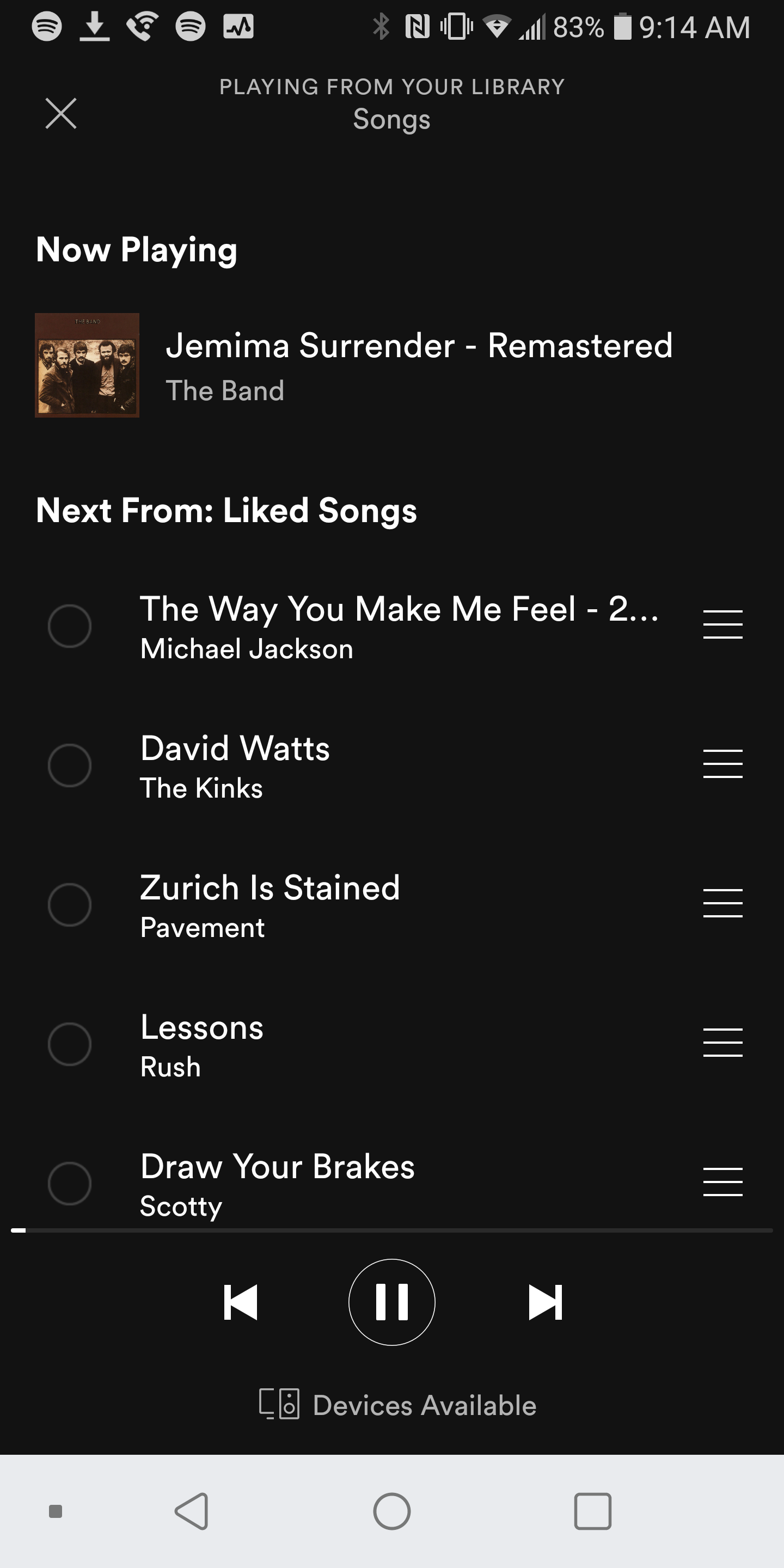