It's been a while now that not all my platforms sync properly the list of liked songs.

All the devices are connected to the internet and I can switch between playing devices from each device. But the list itself doesn't update on all platforms.

I play a song from my liked song on my phone and switch the playback (from the menu on my phone) to the computer. Now my computer plays a song that shows like it's on my liked list (It is marked as liked in the playing queue) but it doesn't appear in the search filter in my liked songs.

It's like the computer's software knows it should be in my liked songs but the loop that updates the list didn't catch the change.

I've searched how to find Spotify logs in Google so I could post those here but found nothing. 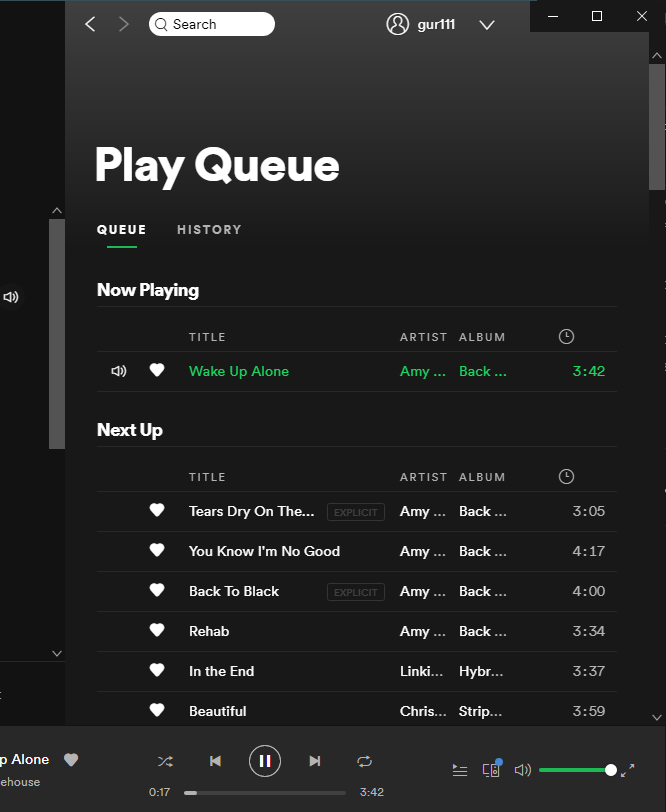 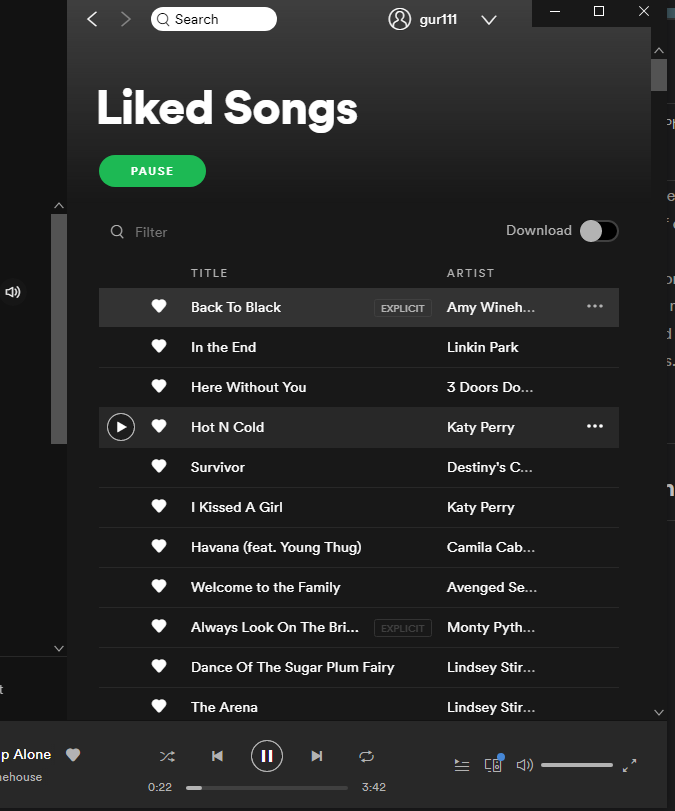 Forgot to mention. I already tried logging out of all my devices and back in (which took forever as I have 4 laptops, one PC and 1 phone.

Btw, some of those do sync, only not all. Even when connected to the same network. Obviously it's not a firewall problem because I can see what is currently playing on all devices, unless the communication of syncing the queue is using a different domain or different port than the syncing the liked list (but even then, when playing an unsynced song it does show as liked, it simply doesn't appear on the list).

Please follow the steps in this post in the exact same order as given there and let us know if there's any change.

We're here for you 🙂

Hi, when my liked songs were not syncing from my desktop to my mobile, I unliked one song on my phone from 'liked songs' in my library, and then it synced.

Emilia_8Rock Star 5
Help others find this answer and click "Accept as Solution".
If you appreciate my answer, maybe give me a Like.
Note: I'm not a Spotify employee.
Reply
0 Likes
SUGGESTED POSTS