On my Android Samsung Galaxy S5, the button referenced by the "Tap now to receive 30 minutes of ad free music... no really, tap now and you'll receive 30 minutes of add free music" sound byte rarely shows.In an effort to get around this, I've tried tapping everwhere on the screen to no avail. It wouldn't be so annoying if the sound file wasn't mocking me to press a button that doesn't exist 😉

The button only seems to show when I have Spotify as the active application on my screen and am looking directly at the full screen player the moment the sound byte comes on. I can't be browsing around in the Spotify app when the sound byte comes on, because when I click the "Spotify" text on the mini player's progress bar to go to the screen where I should be able to press the "Watch now" button, the button will never be there.

Here are a few other scenarios I've identified that result in the "Watch now" button not being shown:

UPDATE - I've attached a screen shot of the bug, as you can see there is no "Watch now" button. 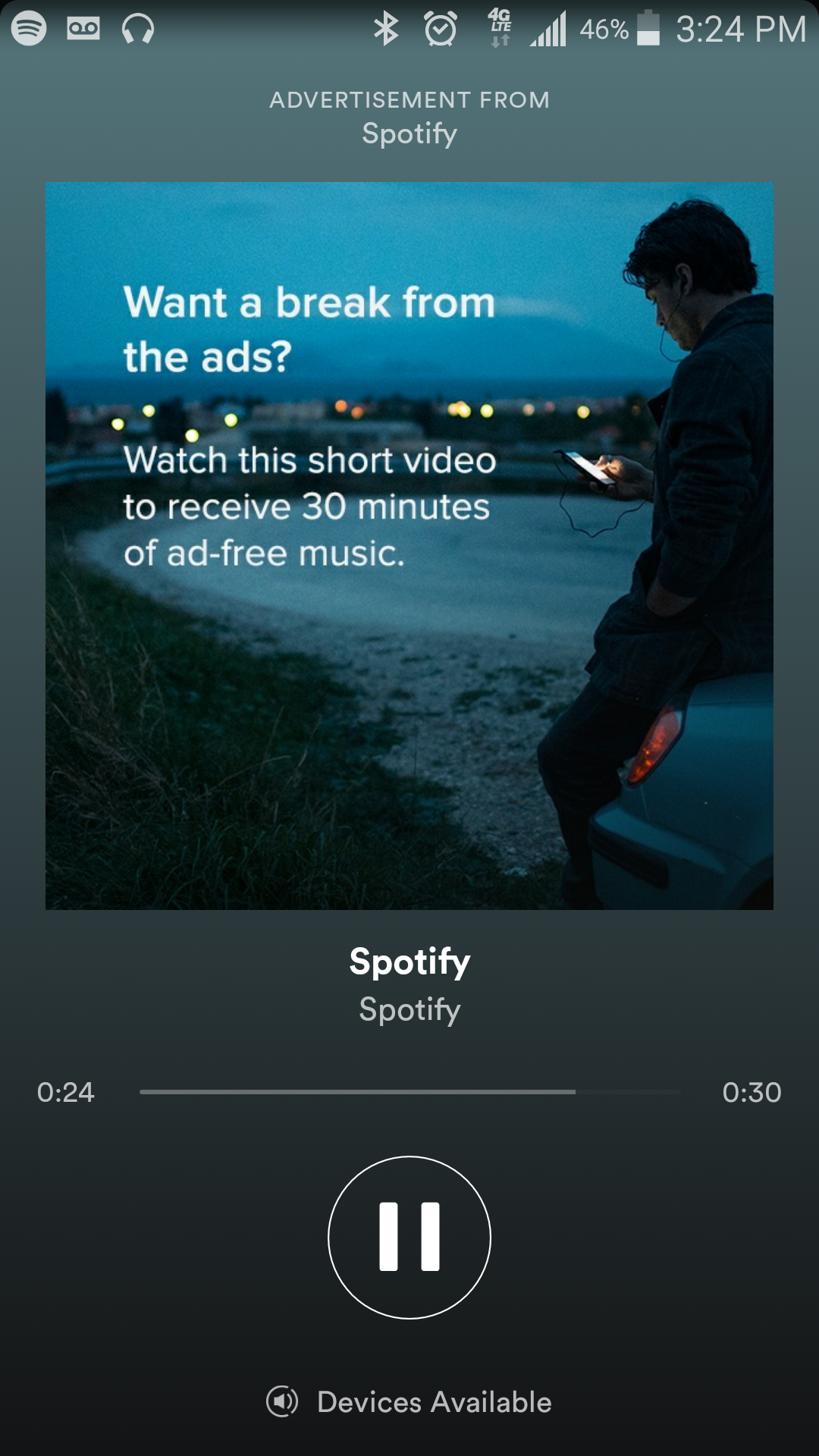 I have confirmed that the "Watch now" button will only show if you are looking at the full screen player the moment the sound byte comes on.

UPDATE - On second thought I was able to reproduce this while sitting on the full screen player when the sound byte came on. The difference this time is I had just switched from my Premium Desktop Spotify account over to my Android phone. I then purposely didn't let the phone sleep, or navigate anywhere else in Spotify, I stayed put on the full screen player, then when the ad-free sound byte came on and there was no "Watch now" button (see attached screen shot above for reference).

This bug appears to have been fixed, thank you Spotify Dev Team.