What's Up Spotify! I'm headed off to college and I need your help to find some new indie music! Just shoot me your vote with your favorite indie band or a link to a playlist with some of your favorite artists, and I'll listen! Meanwhile, I'll be here debating what was the best indie band so far this year.

I wish there was an indie billboard chart or something to help us find an answer. But then again "Indie" can carry a bunch of different definitions (Heck, Sia could be considered "indie" in the U.S.) which explains why they don't. Despite not being a big fan, I think St. Vincent took the win statistically through sheer record sales. However there are a couple other bands on my roster who could've won. You can listen to them on my indie playlist called Riverside Drive.

I've been forming this playlist of indie songs for over a year and a half now while paying special attention to the genre, instruments, and beats of each song. If your planning on cruising down open roads with friends and your feet out the window this is the playlist for you! Riverside Drive features a number of familiar indie rock/pop artists like Imagine Dragons, Lana Del Rey, The 1975, Young the Giant, and Walk the Moon as well as some refreshing unfamiliar hits your sure to fall in love with. So, what are you waiting for? Get listening! 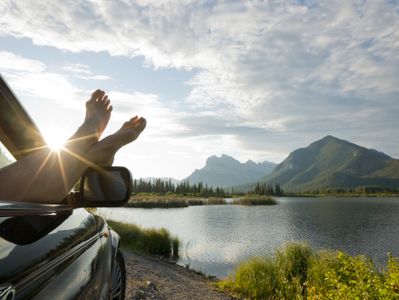 My playlist "Riverside Drive" just got some new songs added! Check it out below. spotify:user:sharkdavid:playlist:6e2Q1YlfPnrNe8JoIm3iVN

Recommended a band with fewer than 500 followers ( Meredith )

Hello! Introduce yourself and your music ( Rocio )