I'm always looking for artists that I should see live, but haven't. So, what have your favorite concerts been? Yeah, I know that it's impossible to pick one. Heck, look at my home "Fillmore wall"... 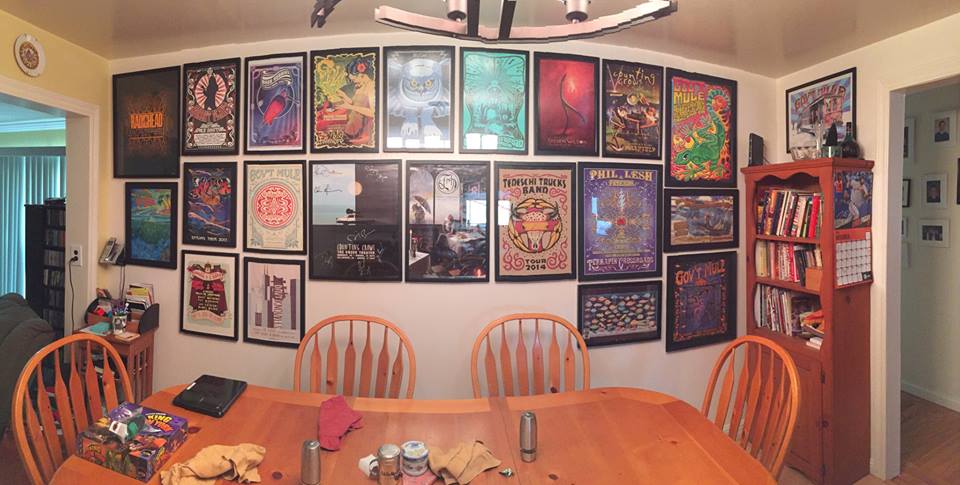 And, yes, my wall has overflowed into other rooms. I have many top-choice shows, including front row for Rush's Clockwork Angels tour, 4-day Island Exodus in Jamaica with Gov't Mule, Glen Hansard at The Fox, and Steven Wilson's "Raven" tour at The Fillmore.

All bands you should catch live. How about you? Who should be on my bucket list?

Oh gosh, that is a tough questions....I have been to probably at least 600 concerts....probably more.  There were so many great ones.  Some great shows of bands that I have seen multiple times include Queen, Aerosmith, Motley Crue, Maroon 5, KISS, Rush, Scorpions, Anthrax, etc....and so many others.....Two bands/artists that are SOO different but put on such an exciting is Garth Brooks and Pantera (saw Pantera 10 times and they never disapointed....how I miss them).  I remember Van Halen in 1984...that was a great show....there are just too many to name.  I only included the rock bands I have seen....I figured that was enough to start with although I had to include Garth, all his shows are amazing. .....I also have to include, of all the rock stars I have personally met, and I have met a lot, the nicest was Gene Simmons....what a great time, he was super nice.....so all those rumors that he is a jerk....totally not true.

I have included a video I took at a Maroon 5 concert.  I saw them twice only a month apart in 2013....first in Massachusetts, then in Tampa, Florida....both VIP.  Super show....going VIP again next week to Maroon 5 in the front row in Tampa, Florida...I am sure I will get more great video footage while I am there....there is tons of footage from many shows on my youtube channel.

If you liked my post, please send me some "kudos"!

If I solved a problem for you, please click the "accept as solution" tab.