Is anyone going to switch? I'm still wondering..

Swalsh2001
Casual Listener
Sorry but I don't listen to them

I've no plans to move to apple because you can't use it with Sonos. However, I'm considering movung to Google because the integration between Spotify and Sonos is dreadful.

I surely wont switch. Why even should I? You have Spotify on every OS, doesnt matter how small it is. Apple music only works on a few platforms.

FruitMeister
Roadie
There are webby sites out there that pull playlists from one platform and dump them on another. they work very well. I used them when I tried Tidal.
Reply
0 Likes

FruitMeister
Roadie
Android app is to be released shortly after iOS, by what I read. Cant see apple turning their back on all those Android users out there. Cash is cash, doesnt matter what source it comes from.
Reply
0 Likes

FruitMeister
Roadie
One artist doesnt make a platform. Would you just not buy the CD if one girls tunes mean so much to you and if they do, Im pretty sure youd have the hard copy anyway. Thats probably why her last album has sat in the chart for as long as it has.
Reply
0 Likes

Yeah OFC Ill give it a go, who wouldnt? Cant go through life not trying out new things. OMG we'd all still be using horse and cart if no one tried planes, trains and automobiles. Some folk are so dedicated to a cause its truly frightening .

user-removed
Not applicable
Need to try a few. Would be nightmare re doing playlists manually.

Looks like Taylor Swift will not be available for streaming in Apple Music, at least not her 1989 album:

Probably Apple does not pay enough, as no artist will get anything from the first 3 months free trial.

user-removed
Not applicable
I'm sure we could just shake it off.


I hate myself for that.

I won't switch, I'll check it out as I have an Apple ID from my digital buying days. Apple music is going to do what Google music does. Separate streaming from available down loadable digital content. So basically you will pay 10 bucks a month to stream and to find out what is and is not available. And then the second hook is that Apple will feed you music that is sold seperate from the streaming service through iTunes, why pay twice? Might as well use ad supported services like Spotify, Rdio, and Youtube to check stuff out and then spend your 10 bucks a month for new stuff that suits the listener. Some of the newer releases can be bought in digital download copies as well as get a CD copy for the same price as what Apple is attempting to do.

Now if they were really really smart and Google music also, they would find a way to open up their vast digital catalogue all of it for monthly fee streaming and then music listeners would be getting somewhere, otherwise it is just the same old song and dance for die hard Apple device users to have their own streaming club, just like it is with hardcore Google and Android users. After all the issues with Spotify and I have only had a few issues, Spotify is still a great service, even the free ad supported service, I have noticed during the weekends the ads scale down somewhat  Now if Apple was smart, really smart they would do an ad supported version for users for the first six months so people could check it out without being hooked into another smarmy business model. People forget all large businesses have think tanks and you know an ad based supscription service version was tossed around and probable a few people even had heated arguments over it in those think tank room discussions. Apple's bean counters realized they could get Apple users to pay twice for the same access to music. First with the lure that maybe, just maybe allot of iTunes catalogue stuff will be available, a vain hope for sure but allot of Apple users are just hoping this might happen, but it won't Apple could not get the holders of the Beatles content on board for streaming their content, and that could have been a big big deal for Apple if that happened, anything concerning the Beatles makes waves in the music world even today. Then another hook for when the full iTunes digital catalogue does not become available, Apple Music will feed to monthly fee streaming subscribers to try and get another $5.99 a month for specially priced offers for complete digital release downloads. I am still somewhat miffed at Apple in how they handle the iTunes switch over to more web content elements and forced allot of users to down grade back to previous version of iTunes until a good chunck of the issues were fixed.

Save you bucks I say, check stuff out on the ad supported free services, take that 15 bucks a month to amazon and get digital mp3 downloads of release content and also a CD copy shipped to you as a back up for the same price. If you have an Apple ID already you can check out the free radio from the service and see how everything gets developed before taking a plunge into it.

Definitely going to check it out at least, then see how it will go on.

Spotify used to the best the best legal streaming-service as it was the first I ever started to use many years ago (november 2009) but now some of the competitors have really made it tough challenge.

Lets see how this one goes down the line...

Talking about Google Play Music, they offer a free ad-supported tier in the U.S. since yesterday with human-curated playlists / radios based on Songza:

Google play is getting there, they should have really thrown a monkey wrench into Apply Music after their stunt with licensing rights for music on Youtube, google play should be offering a full ad supported music streaming, rather than just a Pandora radio knock off Internet radio service. Ohh well, one day they will all get there.

As far as I know, Apple Music doesn't even offer a free version. Also, the claim is that Apple Music will have way more music, however, this takes into account that you have access to Apple Music in all countries, not just Apple Muisc in the country you're in. Personally, I can find far more on Spotify than I can on US iTunes, and I'm assuming that your subscription to Apple Music would draw from the music available in your country. As a fan of a lot of foreign music, I've pretty much ditched even looking at iTunes. Obviously, Apple will draw in artists, but I can't imagine it's music library being THAT much bigger than Spotify, and having playlists set up and what not, I don't plan on switching to something that may only be marginally better at best.

What is the rate of available music on Apple from category independent hands up, jumpstyle, dancecore and hardstyle? I tried Google Play Music pass for free and content was so boring. A lot of faves missing, I can find them on Spotify.

There is a brand-new playlist converter for Spotify MacOS users who want to move their playlists to Apple Music: https://stamp.hern.as/

The developer seems to be working on a Windows app, too. The interesting thing is that you can also convert CSV files to Apple Music, i.e. your complete Last.fm listening history exported with Last.fm to csv or your exported TSV files from Last.fm like loved tracks, playlists and personal tags.

On his Twitter profile someone mentioned a playlist limit of 25k tracks in Apple Music, so you would have to use the known method of splitting a larger CSV file first before converting it. And you have to pay for the app if you want to actually use it, as it only offers 10 tracks in one test session for free. Other early users also report bugs with the paid version.
Reply
0 Likes 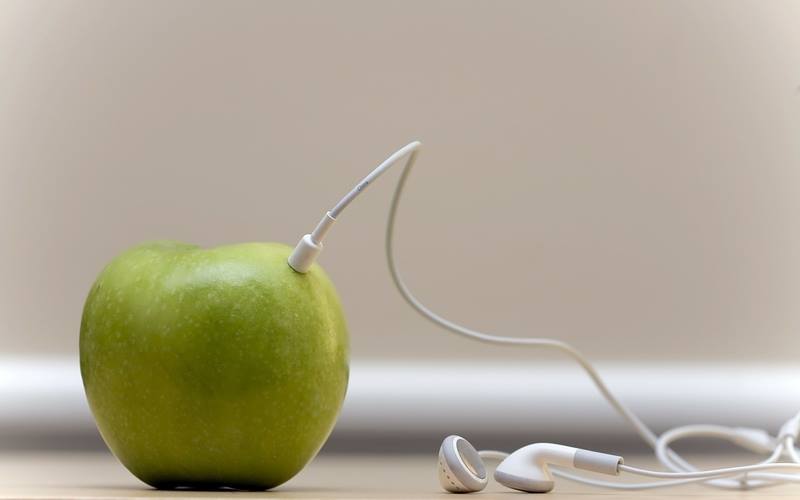 Then Spotify came along... And they changed the whole music experience. I was blown away by the concept and it was with bittersweet emotions that I made the switch. But we did it for the music, and I haven't regretted it. In the years that followed, i had a love / hate relationship with Spotify.


And now we have Apple music. Which on first glance, fixes most of the issues I have been having for years with spotify. They address them from day one! I have been begging spotify on this very forum to do something about these, for the last three years!

I am sure i am going to dust off and clean up my. itunes collection in preparation for my return to Apple and iTunes. And no matter how hard it hurts me, Spotify was really on to something... Unless Apple Music really disappoints me in the free trial... I will probably go back for good.

No smart playlists, no stars, slow desktop app, no genres or customizable tags, no simple way of only viewing what is on your phone... These are basic things spotify. At least apple seems to agree...

Thank you for the thousands of hours we spent together... I liked listening to you... I am sad you wouldn't listen to me... 😕
Reply
1 Like

Still doubting (I've always been an satisfied Spotify user) but during the fact that all my devices are from Apple the sync in between would be a good solution (as Spotify is not the best on my Mac) to go over to Apple Music. But, the downthing I already encountered at first is that I don't (and won't) connect my creditcard to my Apple ID, which makes it for me only possible to buy each month Apple cards to extend my Apple money on my account. While spotify has PayPal, iDeal, etc etc. Perfect

Also wondering if Apple Music has such community playlists (which I like as they got updated quiet often) so I got less maintance to do :3