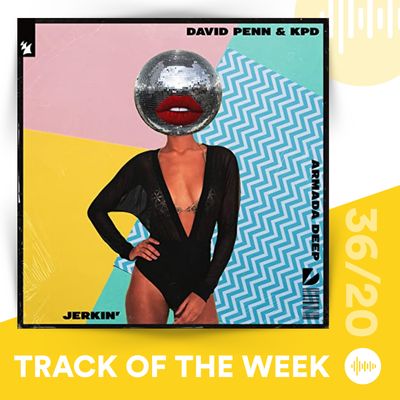 It’s All About The Groove! Do you agree? So, let’s dance! I really wanna do this while listening to the new track by David Penn & KPD.

Let’s be honest: Late summer is a rather bleak time when it comes to releases. Everything exciting is released in spring to play it on gigs and festivals throughout the summer. But this year these live events are unfortunately cancelled. And right in this terrible time David Penn & KPD release their new track on Armada Music. And in my opinion it’s not just a cracker. It’s more like an atomic bomb. This is not the first collaboration  of these two house music masterminds. But what do I like so much about Jerkin’?

Well, first you can certainly quote KPD’s Instagram bio: It’s All About The Groove! And this is absolutely the case. It won’t be fiddled around for long. Just after a few seconds the foot starts to bob. The vocals are amazing and jump directly into your ear without annoying effects like pitching etc. But my highlight is the guitar. The groove is just right. But what’s special for the funky disco house genre is the sound of the guitar and that the often exhausting high strings were left out. So the higher vocals have enough space. Really a great arrangement.

If they don’t take it one step further I’m sure the track will stay on the Klangspot Funky Disco House playlist for a very long time. By the way, the cover is really crazy. Keep it up!