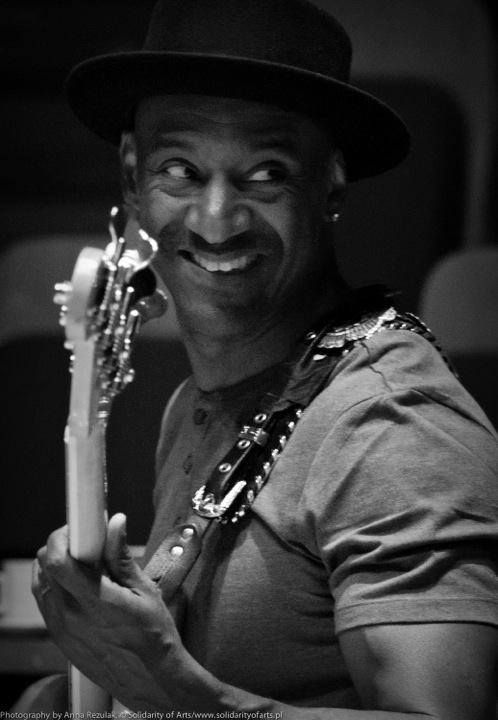 This is how  bassplayer.com describes the career of Miller  "Brooklynborn Marcus Miller rose gradually through the ranks rise to become a universally copied, game-changing bassist. Weaned on the New York City club scene, Miller broke in as a Gotham session ace—an invaluable training ground. From there he became a Grammy-winning composer, producer, and multi-instrumentalist for the likes of Miles Davis, Luther Vandross, and David Sanborn, finally focusing on becoming a solo artist in the ’90s. By then, the bass-hero ingredients were in place: pocket-expanding phrasing for grooves, solos, and his trademark “singing” lead bass melodies; a new technical and sonic level of slapping that remains the standard for feel and tone; and deep, nuanced compositions in the tradition of Mingus, Stanley Clarke, and Jaco. All of which has led to the general consensus among thumpers that Miller is a modern musical genius who happens to play bass."

And the past Friday we received this new album, a Soundtrack inspired by the motion picture MARSHALL that it will be in movie theaters next October 13.

One of best tracks for me is this one really powerful message this days.

JpgchiefRock Star 14
Help others find this answer and click "Accept as Solution".
If you appreciate my answer, maybe give me a Like.
Note: I'm not a Spotify employee.
Labels:
Reply
0 Likes
0 Replies