Could you please reconcider the following idea below?

I know the case has been closed. But let's be honest. The "You Music" function isn't an adequate alternative at all. Nowhere near enough.


The Library is a really confusing and endless list of songs, especaly on the mobile apps. You can't just click around and just listen to music without knowing what you want to hear.

It would be awesome if there was a possibility to Split the Screen when you're in the library an show a list with Artists, Album and Genre. Like we all know it from iTunes, Winamp, WMP. So you could click on an artist an all titles, albums and genres that aren't realated to him disappear. Just like a predefined Filters for all the artists, genres and albums in your library.

So it would be much easier to search to search for music in your library without knowing exactly what you are searching for.

This is also why a search function can't replace such filters. 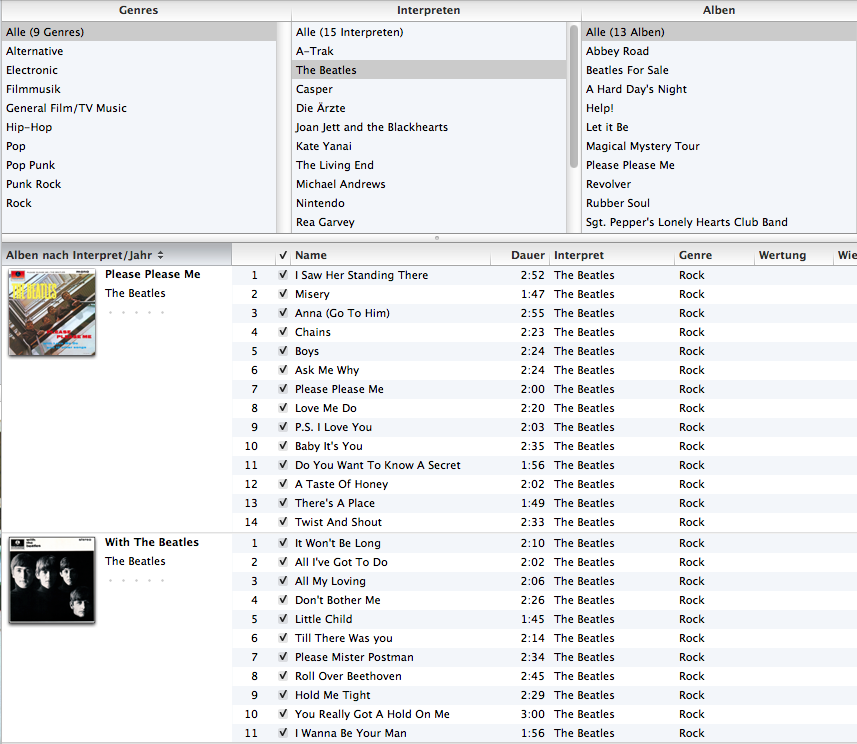 There should also be a possibility to edit which details are shown in the library. Things like "year of release", "track number on the album" or just "number on the playlist" are hardly missing.

As users will now be able to view all their favorite artists, albums, and songs “Your Music” rather than a “Library” this idea is now closed. For a glimpse of “Your Music” and our new design changes click here.

These changes have rolled out to iPhone, desktop and web users this week, and will soon be available across all platforms. Thanks for your feedback everyone.

Your idea has been submitted a while ago but unfortunately hasn't gathered enough kudos (50 per year). In order to keep an overview of the active & recent ideas in this forum, we will close this idea for now. However this does not mean that your idea has been declined by Spotify.

The "Your Music" function is completely useless up to  February 19, 2015  12:03:58 ET.  In fact, the Spotify User Interface would be 100% more useful if the Preferences had a CheckBox to  HideThatDetested_YourMusic  hog of screen real-estate.

What @MaxRoutine is recommending here is a "slice and dice" query function across a selected set from whatever raw data elements exist in the Spotify database-- and That would be useful.

Marked as new idea.
This idea requests a better way to navigate the Your Music feature based on this closed idea.

I would like to see the following in "Your Music":

I hope someone from Spotify sees this and passes it to the team and let them know that "Your Music" can be the one feature which would make anyone in the world go with Spotify and forget all the other competition.

Absolutely!  This a basic requirement for any useful actual User Interface to Spotify.  From my "proof of concept" prototypes, I would say that you have to have at least 50,000 minimum DeDuplicated tracks based on removing duplicates of "Song Name"-- after correcting the Spotify typos and junk jammed into the "Song Name" such as "remaster" and "Live".  If you want particular covers, you should add these in a separate "Playlist" that you DeDuplicate only based on Artist-TrackName.

Sadly no.  The "team" must concentrate on what 80% of the paying users require-- namely small playlists and mobile devices that cannot handle anything over 10,000 songs-- hardly even 100 songs.

I bet you cannot find any user playlists that are over 5000 tracks.  Even if you make a special polite request that you want to see playlists over 5000 tracks, you will find none, zero, none.  (Of course, it would not be fair to check the Playlists of SubzeroSC or of Rednblu-- which playlists are all as close as feasible to 10,000 tracks as possible-- taking into consideration, for example, that you want playlists to be easily editable-- you may want your core music to be alphabetical so that you can find by exact TrackName every single GodDamned Christmas song to delete each and every forever from your "library"-- make sense?)

That is, since less than 1% of the paying Spotify customers would use anything that SubzeroSC and I, Rednblu, assert are "starting and basic requirements" for a User Interface to Spotify, it would be disastrous business for Spotify to tempt the "team" with the ideas of SubseroSC and Rednblu to do any of the following:

* Raise the track maximum on each playlist by a factor of ten to at least 100,000 tracks

* Collect listening stats by time buckets.  (last.fm imitates only about 5% of this functionality-- for example, last.fm cannot tell you when any particular track, album, artist, or genre was last played.)

Using Excel outside Spotify, however, you can put together adequate playlists in folders that will give you no SameSong within 6 months of continuous 24X7 play.  When the repeats and duplicates and TypoRepeats have been removed, then the Spotify Shuffle function will actually dig into the wonderful depth of the Spotify music collection-- instead of playing the repeats that you don't want.

But 80% of the paying Spotify customers want only repeats and duplicates and TypoRepeats that they can play on their mobile devices.  So here we are-- suggesting WorkArounds-- giving 100% of the Spotify User Interface entirely outside Spotify.  For example, you Randomize your 100,000 track playlist in Excel outside of Spotify-- and then copy the top 9,000 tracks directly into your "Play Queue"; the added tracks are highlighted in yellow.  That will give you great and wide and deep listening into the enormous Spotify music collection without a repeat for a whole month.  And also this way, when you restart your desktop Spotify, you will start playing where you quit the last time-- with no repeats for a whole and blessed month.  Try it.

Your idea has been submitted a while ago but unfortunately hasn't gathered enough kudos (50 per year). In order to keep an overview of the active & recent ideas in this forum, we will close this idea for now. However this does not mean that your idea has been declined by Spotify.