Ive been having this problem since a few days, since the new web player UI was used in the updated desktop app.

The font of the lyrics is too big, and to get proper lyrics i need to zoom out (ctrl+-), but the whole spotify ui shrinks and the playlists, songs and friend activity is barely readable.

I would like to suggest a slider for the size of the font of lyrics, or a [+] or [-] sign to change the size. 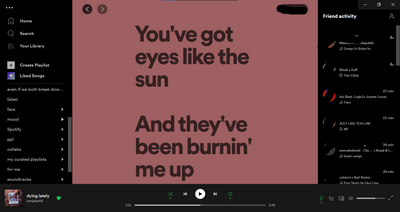 this is an example of the overly large lyrics. 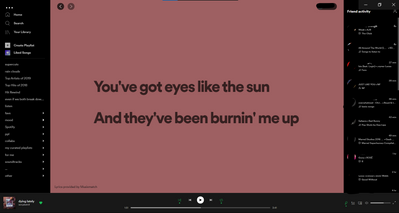 and this is when i've zoomed out, for the lyrics to be proper.

Please look into this matter and make the necessary changes.

Hey!
We've been keeping an eye on this submission for an extended period of time, and it doesn't seem this will reach the votes necessary to put it forward for prioritization.
As such, we're marking this case as closed. This includes any similar suggestions that are received.

If we do have any new information to share, rest assured we'll check back in here with a new status. Have in mind that the idea will continue open for getting votes, so if you still feel strongly about it, continue sharing it with more users.

More information about it can be found here.

Thanks for your comprehension!

With 22 votes in two weeks my idea could easily have reached the ''50 votes in 3 months'' mark.
But now it has been merged with an the same idea from kshire from 8 months ago. And now we need to reach 500 votes before Spotify takes a look at this idea?!

I must say this Spotify Ideas is awesome, but the voting system is a bit weird.

Is there a reason why the lyrics are size 72 font?

People 35 feet away from my desk don't need to read the lyrics of the songs I'm listening to.

here I have this idea because I was used to using the lyrics that appear one by one with a large size, but now the default spotify is small and displays all the lyrics at once so I don't feel comfortable so I make a suggestion, namely adding an option to change the size of the lyrics as desired Spotify listener or user

also you dont have to be a rapper to figure this out, UI design is straight up ugly with that BIG text right in the middle.

How can you close this? This is common sense idea, you MUST implement, it doesn't hurt anyone, and it makes your service unusable currently to many.

It takes junior dev 1 day to implement and test this feature, it's so basic.

You literally using musicmatch code / SDKs, considering it's a replica of their windows UI. Yet on their UI they let you control font size (poorly though too, just small/big off/on).

This is basic CSS all you have to do is just expose the size.

And on top of that make lyrics configurable - I want to see last 2-4 bars, especially considering you are late on half the lyrics and still can't fix the fadeout lyrics de-syncing bug after half a year+ since the report.

They've already addressed the gargantuan lyrics problem on desktop/web. So that's probably why they closed this idea. Since + / - buttons are not really necessary anymore. (although it would still be a very nice feature to have, in case you want to read your lyrics from a longer distance, but alas) 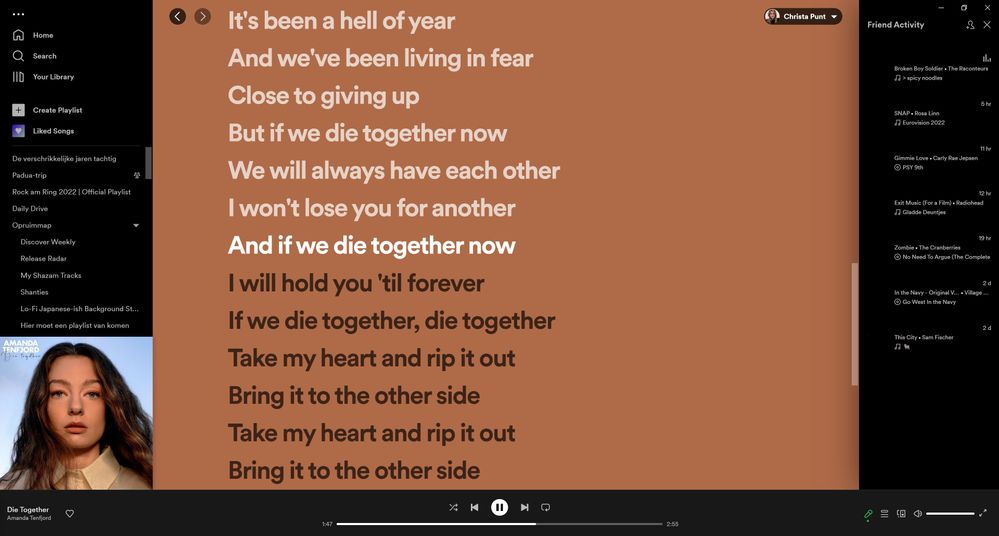 Thanks, but actually I only got that update today. Maybe they were doing A/B testing, because months ago text did reduce a little from the giant one, but that's it - you could only see current line of the lyrics, not previous. And text was still too huge.

But today I got the same update as yours shows, text even smaller on my large screen, which is great as it's still readable, so a lot of lyrics fit in, and being able to see so many lines of the previous/future lyrics is really useful.

Love it now, hope they don't change anything, besides +/- and fonts if they want to add customisations, but I don't really need it now.

Only if they could fix the delay when switching to next song... I think it's because of the 10 seconds crossfade but when it switches to the next song it gets out of sync. Clicking on the lyric syncs it back up. But they can't seem to be able to reproduce it in another thread, even though so many people having this issue. 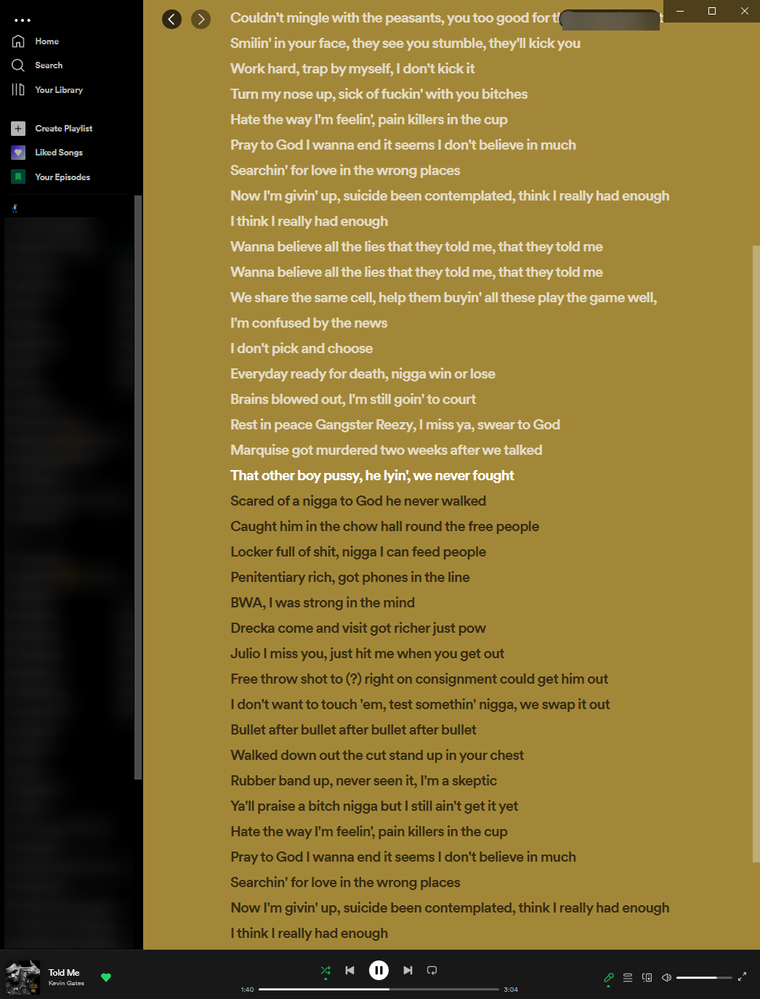 Lyrics on mobile are such a delight. On desktop... pretty underwhelming.