It appears the improved functionality in the desktop app that differentiated it from the webplayer has been removed in the current version.

For playlists that have lots of music, it is very useful to be able to sort those playlists.

We look forward to this feature being restored.

We're setting this to Case Closed since the test involving the removal of the Sorting options on the Desktop app ended.

If you keep missing these options, make sure to reinstall the app and double-check it's on the latest version.

If you're still missing them, also make sure you're not using the Web Player (in place of the Desktop App). 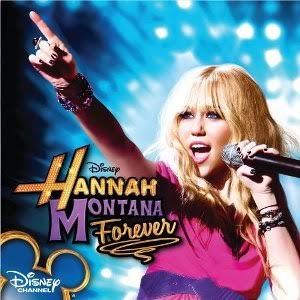 Hey I would really like Hannah Montana forever album on Spotify!! It’s not fair that we don’t have all her albums!!! Plz!!!! This is my favourite album of hers!!!

For what it's worth, I went back to desktop mode today, I can sort again.  Please leave this feature intact.  Very, very frustrating to see it go.

I hope this can be implemented back, thanks!

Not just for playlists, I want to be able to sort albums by chronological order.  I hate having to listen to newest album by an artist first if I want to listen to their whole catalogue.

yes we need to be able to sort and re-organize the playlist. This also means being able to select multiple tracks at once to move them using the shift+left-click  and then left click again to select a group of tracks to re-order.

Spotify is getting rid of what makes them unique. Now the only desktop music player with the ability to sort playlists is ITunes. What a shame. This is not why I stuck with Spotify.

Hey! I'm curious, does this apply to all desktops? My windows 10 desktop app still seems to have that feature, and i want to know if this is for all desktops so I can block updates. Don't want to lose that!!

@mpsspot Like most of Spotify's changes, they release the code in an update and will turn it on much later on a per account basis. A further update may turn on one of these switches for everyone. It might be a date. If you really want to avoid this, you're going to have to go back at least four months. We don't know how far this change goes back. You can only really be sure when they enable it for everyone unfortunately. People have confirmed that version 1.0.85.259 works.

So it's not dependent on your app version as they added the switch months ago. They'll switch it on for your account randomly. This applies to both the Microsoft Store version and the regular version. It's called A/B testing. Usually people do this with small things like the colour of a button. They'd look at data to see whether one colour has more engagement. Lots of companies do this, including Google, Facebook and Netflix. Google tested their update to Maps that removed the navigation sidebar before rolling it out to everyone. Google's a whole other story though. I don't get why Spotify's testing the web player in the desktop app though. Removing features doesn't make it easier for them and only makes it worse for their paying customers. I could see them only releasing this for free users and do something like they do on mobile but that's still terrible and I'd switch to Deezer in an instant. And besides, they could just improve the web player! Both the normal desktop app and the web player are just websites after all! What's most insulting to their paying customers is probably the fact that "rockstars" aka just normal people are doing moderation work for them. I totally thought that they were Spotify employees. The actual Spotify employees want us to make individual feature requests for each and every missing feature. Sorting is just one of many features that we lost. I actually wanted more features to be added like showcasing user made playlists and to show what playlists have a song. It seems distant now that I know what Spotify's like.

samantha asking for hannah montana forever was totally random. What a throwback though. I'm sure Spotify has a separate place for suggestions for their music catalogue.