Don't make a money decision, do what's right for the community, for people's health. Rogan spreads misinformation, people are harmed by it. Neil Young is an icon to multiple generations, and he's right about Rogan. Easy decision.

Thanks for bringing your feedback to the Idea Exchange!

We’re closing this idea since it doesn’t meet one of our Idea Exchange guidelines, namely point 7: “No pricing, subscription or content related requests.

We do appreciate all the feedback you share with us but our Ideas board is to help us receive new product and feature suggestions that will allow us to improve our app and service for everyone.
Changes to pricing, subscriptions or the content available are specific to each market around the world, and we cannot influence those. This includes requests for content removal or addition”.

Allowing Covid misinformaton on Spotify is not a good thing. Be responsible or lose your revenue base. I may cancel after more than 5 years of loving Spotify and recommending it to everyone I know who loves music.

since when did spotify become a bad reddit moderator

Agree, me and my family subscribed to a music streaming service. How can you prioritize podcasts (which a lot of people might like but aren't your core business) over music. You're really going to deprive customers all over the world from a popular artist just so you can push an American podcast spreading misinformation? I like Spotify but I also like listening to Neil Young, please don't make me leave.

So, Spotify - does the all mighty dollar dictate all your actions?

Just cancelled premium, this is the last straw. I was annoyed, to put it politely, that we can't customise our home screens and remove the recommended podcasts, but now an artist who I have been listening to for the last 40 years pulls his music because you refuse to listen to your customers? I actually had to do a quick search to find out who Joe Rogan is. A stand up comedian?? and you choose him over a music legend?? I really thought Spotify was about the music. Maybe consider another stand alone service like Apple already does, call it Podify, or whatever, on the other hand, the needle and the damage done.

I know the next vinyl I'm going to play.

Keep on rocking in the free world. Ciao. 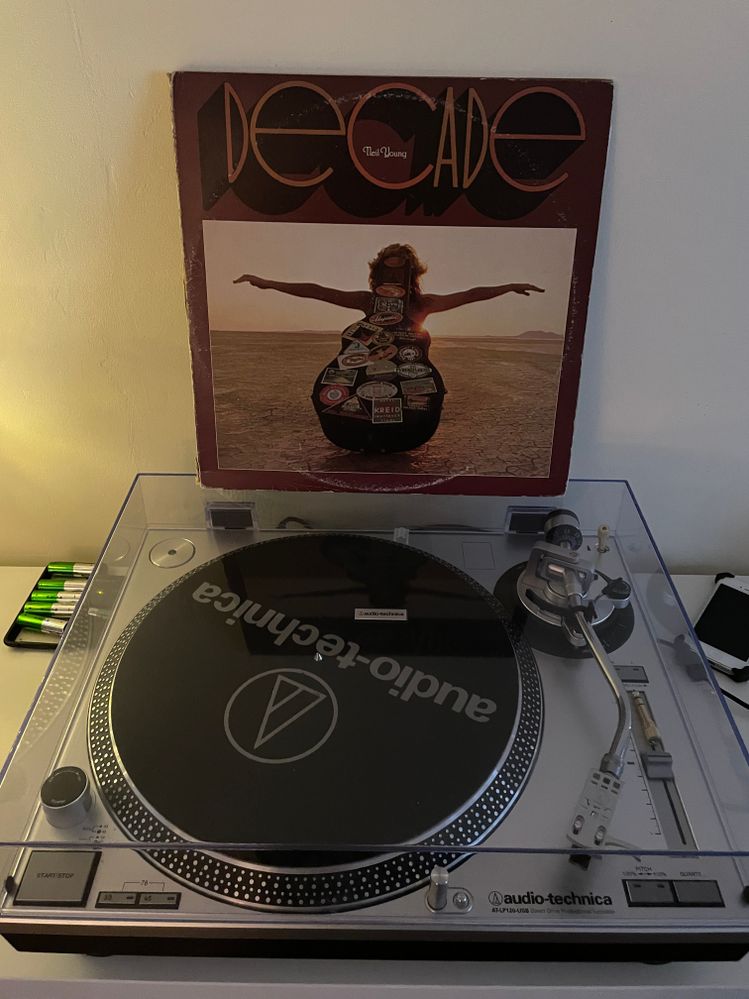 You have summarily convinced me that Spotify makes dumb decisions. Things have not changed, I've been here awhile. Thanks for the badges. You finally become "solvent" and the first order of business is to blow 100 million dollars on one guy. Your P/E on sites is N/A because it's upside down and as of this writing your share price is dropping faster than your user base.
This isn't even a monetarily based decision in my view, but if it is, then it's even dumber.
So now that you are "exclusive" to your podcasters such as Rogan, you realize that you are wholly "responsible" for them, right?
Shaking my head. I don't listen to his cast so can't comment on the views but just fiscally this seems enormously irresponsible. Reading through the posts here, it gets much, much worse.
Clearly whomever is in charge is an addict for risk and I'm sure they'll get a nice, small, tiny jolt from my next payment not happening.
I'm going to wherever Neil Young went.

@nomados, he's still at Apple Music, and not a hint of him leaving. So yea, guess that's where I'll be.

How about Spotify goes back to being what it was intended to be, i.e. a platform for on-demand music.

Neil Young has released multiple albums over decades, and that's what Spotify is there for.

Has Joe Rogan ever released an album or a single? Not that I'm aware of, so what's he doing on here?

I don't give a f* about "podcasts". Keep Spotify to being what it's supposed to be and there'd be no argument.

Perhaps why Neil Young hasn't asked to be removed from Apple Music or whatever..

Whilst we are here though, when did Ray Charles ask for any of his music to be withdrawn? (I think he died before Spotify existed)

I don't care about the content. If Joe Rogan had released an album full of songs with anti-COVID-vaxx lyrics, and wanted it on Spotify, I'd be against the censorship.

KEEP SPOTIFY AS AN ON DEMAND MUSIC PLATFORM!

Please keep doing what your doing.  I generally prefer listening to music, but I have enjoyed some podcasts.  As a consumer of Spotify content, I want more choices rather than less.

If I am so offended by something that heard here, then I'll stop listening to it.  I don't need you to censor anything for my sake.  I am a fully functional adult and can decide for myself.