Queues - It's about time this was sorted out.

Ok, maybe this is going to result me being told I'm using it wrong but I think it's about time the queue system was fixed as currently it's rather, well, stupid. I'm going to go through a little use case here to explain why.

Being the man of fine taste that I am, I decide to throw on Bear vs Shark's "Terrorhawk" album, I do this by navigating to the album page and double clicking the first track: 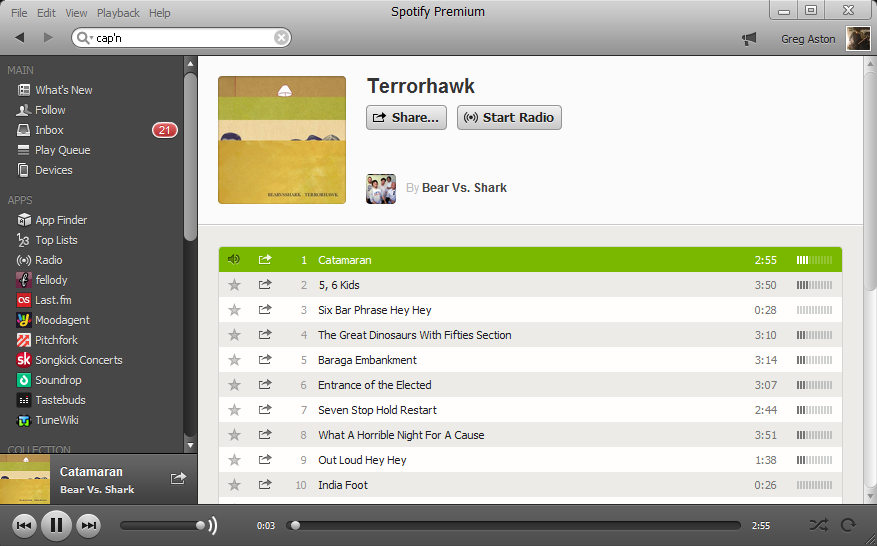 Great stuff, after a few tracks I'm well into post-hardcore mood so I decide to have a browse through one of my big playlists and find a classic. Of course I want to finish the current album first so logic dictates this is where queuing comes in useful, so I right click and queue: 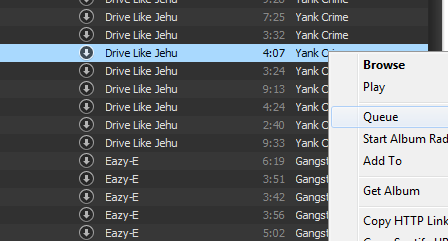 This is where things take a turn for the stupid though, because one was just double clicked and the second explictly queued I end up with this: 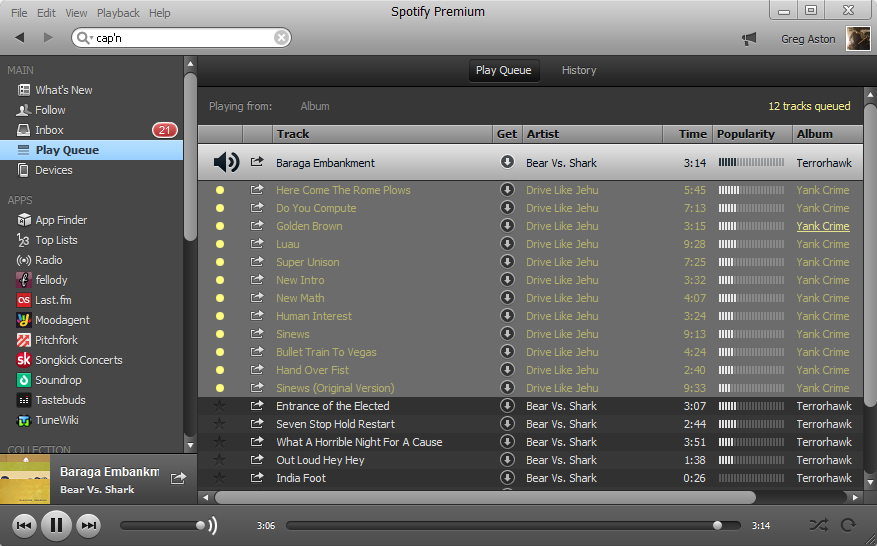 Annoying, but surely I can just drag the tracks back to where they should be in the playlist? Well sort of, if you do they act like "queued" items but the originals stay where they are meaning I have my first album, the second album, then all of those tracks from the first album again!

The solution? When it comes to queuing, regardless of how they end up there, all items should be treated the same. If I start an album with a double click the items it creates in the queue should be the same as when I right click and queue. I should be able to manage them the same, and they should not be lower priority than items I right click and explicitly queue.

And let's also please note that:

1. Radio is useless if there's anything in your Play Queue. After the first song in radio is done, Spotify switches back to Play Queue.

2. Playing directly from a playlist page is useless if there's anything in your Play Queue. See number 1. Same frustration.

Edit: This refers to Spotify Desktop

The queue system has had it issues (like no way to clear the queue) for a long time. However, Now that we have the new "Your Music" system I fight issues with the queue all the time.

How the play queue works now is just WRONG.

I am playing an album from the new my music list. While listening, I want to queue the next album(s).

The next album plays after the last song of the current album.

The queued music starts playing after the current song.

I am playing a list of songs that have been added to the play queue manually. I press play on an album in the my music list.

The album plays entirely. After that the playlist continues to play.

After the first song on the album, the previously queued songs start playing. After all the queued song have been played, the rest of the album is played. (Sure, it all works according to the current play queue logic, but I find it hard to imagine anyone would want this kind of behavior).

I search for a song and start playing it, while the song is playing I want to queue more music.

After all the queued music is played the players stops.

After all the queued has been played spotify starts playing songs from the original search results. They are probably not what I was looking for at all, and certainly not what I want to listen.

Never ever use the play button on anything. Always queue everything. If you want to play something now, you need to still queue it, and manually move it to the top of the queue and jump to the end of the current song.

The basic problem is that the play queue is used for two totally different purposes. As a "context" for playing music from some source X and as a list of manually queued song. They just doesn't mix very well. Maybe these should be two separate lists that you could switch between. Anyway the queue system needs major rethinking.

A simple solution to make life easier for now would be to at least have an option to clear the current play queue "context" without stupid trickery and without losing the manually queued items.

Suikkari I've moved your topic over here in a similar idea about improving the queue behaviour.

jb_bryant
Roadie
I would love to see a play later queue like Rdio. You can keep this pointless regular queue as long as you add the other as an option.
1 Like

matheeeny
Newbie
@jb_bryant I totally agree. I recently came over from Rdio and really miss the play later queue. It works exactly as @Suikkari's expected behavior
1 Like

W303605
Newbie
In what world does queue mean "barge in ahead of everything else in line"? Rather than "go to the back of the line and wait your turn"? Fantastically annoying.

W303605
Newbie
In what world does queue mean "barge in at the front of the line" rather than "join the line behind everything else already there"? Really rather annoying.

I believe what is being discussed here is the desktop version of Spotify.

It gets even more ridiculous with the (android) app version.

I had to google for the manual on queue-ing in spotify. Add file to queue..done... want to see the queue? Tap the played number in the bottom of the screen, then look for a new icon in the top right corner that is supposed to a protrayment of a list.

Want to delete multiple files from the queue .. good luck! Want to erase the queue? Better close spotify and start it new, it actually saves time.

Why not have the queue as a temporary playlist, in the menu on the left (it only takes a simple swipe and it then logically shows up with the rest of "your music") with tick boxes or something and/or at least the functionality to wipe it clean.

Or maybe... export it as a playlist!

Just keep the UI simple and predictable. Stop trying to be iOS-like.

Remember that we pay for the music that only can be played through your software. By removing the choice of software you are obliged by making it easily accessible and therefore stop trying to make it fancy by this ego-based design.

UI design is not a walk in the park, I know. That's why you have to keep it simple.

I agree with previous comments: the two-tier play queue baffles EVERY user I've ever seen using Spotify. That can't be good UI design.

If it's in yellow: hey, move it around, delete it from the play queue, do what you want.

If it's in white: tough buddy. You have to listen to it, in the order the software has dictated.