After the last update the physical gap between each song on the playlist is bigger. This leads to a lot of scrolling, and when you have a few hundred songs in a playlist, it will be a problem.

This is how it looks on my screen: 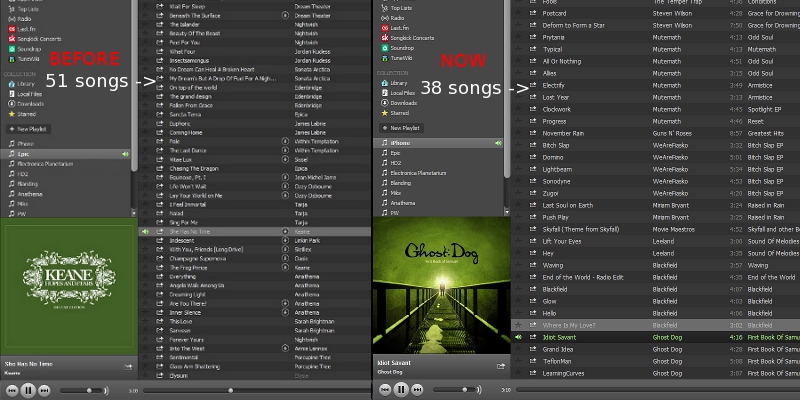 It should be optional!

Edit April 2014: It's even worse after the new update. Now only 21 songs show up at the same time. 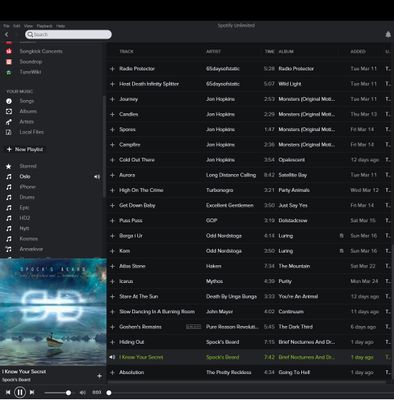 since that idea has been posted there have been 2-3 major facelifts of the Desktop app.

Therefore this idea will be closed and linked to a more current one that focuses also on wasted space in the current Desktop app:

P.S: You can also Zoom out now, to decrease the font size.

July they broke this and we are now in December, another update and still no fix.

Other people have highlighted ideas isnt ideas, its point out how we made Spotify worse through a patch.

It still doesn't help me either way, I need the font size adjustable, for ADA purposes, some letters/words look the same to me unless you zoom in to be able to see the difference.

So it's even worse after the update! Now only 21 songs is seen at the same time. 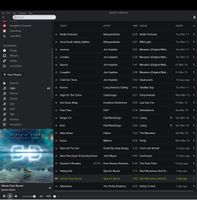 I'm using the desktop spotify version on a standard 15.6 laptop screen and I can no longer display all songs from one album on my screen!! I have to scroll down, this is totally crazy... Please decrease the fontsize and the remove the extra space between songs!

jesus christ, are you actually taking the pi$$. its like 10 songs per screen view now!

i think this must be a test. wtf am i paying premium for anymore... free is basically the same and it looks big enough a 5 yr old could read it now.

spotify is going down the tubes big time.

good bye spotify. one terrible update after another.

theres other providers out there now that are offering what spotify was like when it started.

time to move on. 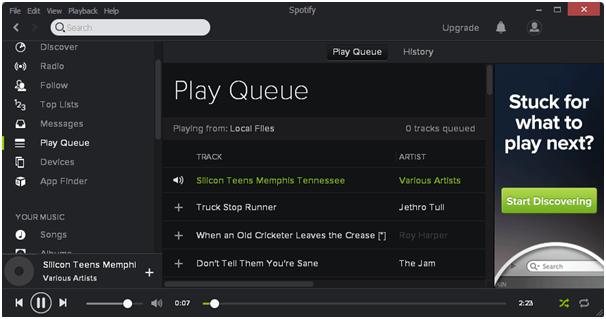 Example play queue view. I used to get about a dozen tracks in this list - what have you done?!

Look at the design - why have "Play Queue" appear 3 times? Why so huge at the top of the list sapce? Why the "playing from local files" in the list space? Why another line wasted for the "Track" title? Why the massive spacing between tracks?

Font is to large. When i open spotify i automatically want press ctrl+0 to reset normal font size. I think it would be great if everyone could chose their font size.

I disagree. I think the new design looks modern and clean, and like the spacing. If you remove spacing/revert, can you please make it optional so that those of us who like the new look can keep it?