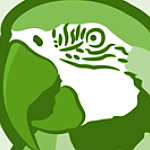 I would be so great to have DLNA support in Spotify, both in the desktop and mobile versions. There should be a simple "Play To" feature so music can be played on the living room stereo and controlled from a mobile device without the use of a combina...