Welcome to edition No. 6 of the Artists Wanted series, where we, the Community Music Chat Team, invite Spotify's upcoming artists to share their newest releases and a bit about themselves.

This time around, let's welcome, from Barranqueras, Argentina, our current winner: 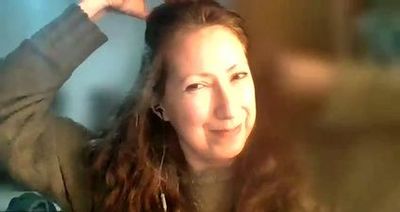 She has music in her life as a companion of good moments, as a way to struggle through harder times, or just as a private door to memories, feelings, and reflections protected from getting lost in time.

Taking about missing memories, and feelings. What is Verschollen about?

“Verschollen” is the German word for getting lost or missing, and the lyrics point literally to getting lost in the city. But it's also a metaphor for moments of personal doubts and contradictions, which reappear in several ways in the song: A summer night in July (which for us is deep winter), a date in a preppy café that turned into a relaxed chat in a modest little bar, a moment of sharing that deep down denounces loneliness.

A real-life situation, nothing that special, one would say. But sometimes very common situations also bear a touch of surrealism, of raw poetry, if you choose to pick it up.

And frankly speaking, I suspect I must have had one of those "what am I doing with my life?"-flashes when I wrote Verschollen!

I've seen your songs are sung in different languages. How do you decide which one to use?

Mostly there’s already a thought, an idea, or an expression that spooks around in a melody or chord progression that I’m playing with, and this idea is already fixed to a language. So, basically, it’s the subject of that idea that rules over the language.

For example, in Nuit Blanche, which was a collaboration, the title was already given by the author of the instrumental (Snaptoon, he is French), and it was a beautiful concept to write about - so there was going to be French lyrics, of course.

On the other hand, I’m bilingual in Spanish and German, but my social context is fully Spanish-speaking. So, German has become for me a sort of “private language”, the one I use for more personal thoughts. It’s often the shortcut to words, when they don’t come easy in Spanish, though I can't delineate clearly how these two languages are compartmentalized. There's an underlying pattern according to the themes I use, and it has also shifted in time.

Do you play multiple instruments too?

No, I just play the guitar, and not very well. I admire people who invested time and constancy in learning to play multiple instruments and studying the theory. In fact, it was during the first months of the pandemic that I got back to the guitar and to make music again. I suppose, it happened to many of us - it threw us out of the routine and made us question and review the priorities we set and how we spend our time.

Absolutely, it's one of the things I enjoy the most. There's always so much to learn from other artists, and it always opens up new perspectives in music. But more than that, collaborations also enrich you from many other points of view, as it becomes a different form of human communication.

It certainly shows in how eclectic your music is. Do you like to experiment with other genres too?

I lack a lot of skills for many genres that I love to listen to, but yes, I try to experiment as much as I can. In that regard, the term “eclectic” is also an elegant way of saying: there’s still so much to discover, and I’m still learning. Actually, I like the idea of never losing the ability to be surprised by the many paths music can take.

Many thanks to @Vanoshka for sharing her journey with us, and submitting her music project for us to listen. Remember, Artists Wanted continues, so feel free to send us your music!