Sorry, Peach, is the indie band sensation you need to know! 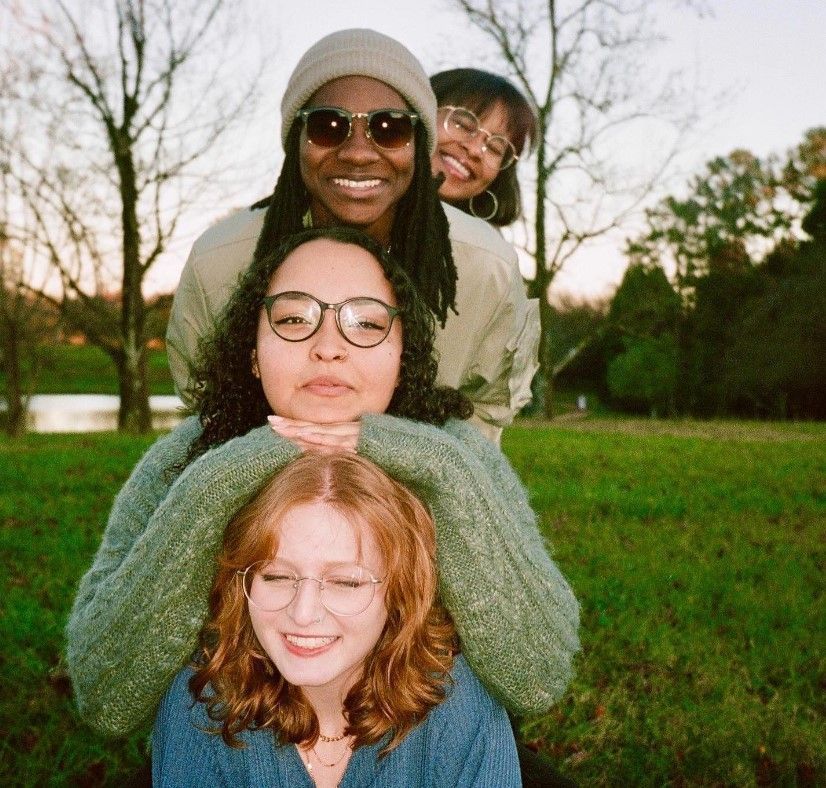 Deep, sentimental and memorable, with heartbreaking anthems, this band is creating something unique and very special.

The band's lyrical approach aims to evoke deep emotions while bringing lasting memories and good times to the fore.

Tyerra Claybourne, Daylee Pruitt, Kira Saini and Direne Mason came to tell a little about the band's successful trajectory and talk about how it was to participate and win the seventh edition of Artists Wanted.

Grab some popcorn, sit on the couch, and come check out this fantastic interview:

Which region and country is the band from?
Sorry, Peach is from Spartanburg, South Carolina, USA, aka "The Upstate".

How many years ago was the band formed?

The band formed in 2017 and has been actively making music ever since, so about 5 years ago.

You can hear their high school musical training comes through on every record, as the band leads with real instrumentation first.

The sisterhood of The Peaches is what has mastered the sound and created a memorable project for us to share with the world.

Which artists and bands are your references?
The band would say that references bands such as 5 Seconds of Summer, NIKI, and Ruston Kelly.

These references demonstrate a little more of the aesthetic provided by Sorry, Peach which is that of a mature soul mixed with new age sounds and true musicianship.

The experience has been simply amazing and gaining support from the Community has brought new hope and energy to the band.

In fact, achieving all this in such a short time is something unbelievable but at the same time it is the result of a lot of effort and dedication from a band that started in a simple college project.

What does the song "A Lot Less Time" represent to you?
"A Lot Less Time" was really something I wrote as a kind of therapy session. I always say that I don't want to live with regrets and the time I spend with people, whether or not they continue in my life, is not "wasted". But after this particular relationship, I was really struggling with the fact that my time was indeed wasted. That song was me kind of coming to terms with that and learning not to dwell on it.

Talk a little about the album You Were Never Mine.
The whole EP is about the feeling you get when you realize you care more about someone than they do. It's a collection of songs I spent two years writing and it spans a lot of different experiences I've had with different people. It could be about a friend or a significant other or even a family member. But along with that feeling comes a bit of introspection. It's all too easy to point the finger and say you never cared about me because of this and that, but it took me a while to be able to look at  myself in the mirror and say that maybe I made it difficult for anyone to fully care the way I did.

I didn't want to feel gender-limited, so we just did what felt right. That's why we have folk and bedroom pop and rock. "Feeling Lonely" was kind of like me laughing at myself for getting into another sticky situation, so it has a lighter feel to it. We really tried to take risks with the EP.

Before you start listening to this album, I advise you to prepare your tissues.

What was the most difficult moment the band went through?
The hardest time for us was definitely during COVID. We couldn't all stay together in one place for months after that coup. And that made it really easy to feel like the song wasn't going to take off for us. 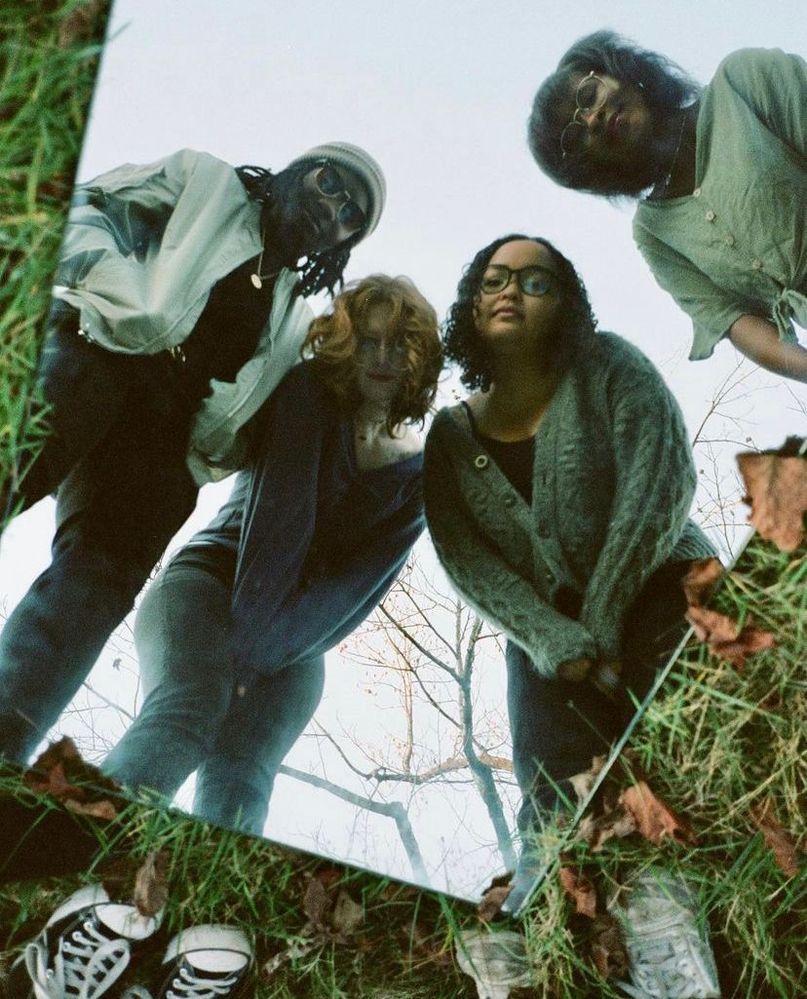 Tell me a funny moment in your career:
The funniest moment we experienced was when we played in a place in the middle of nowhere and one of our friends who went with us almost got stabbed by a madman. At the time it was a huge scare, but then we burst out laughing. No one was hurt. Just a big misunderstanding.

What are three dreams that the band has already fulfilled?
1) Getting editorial support from Spotify. We got new discoveries and several custom playlists. It really helped with growth and awareness.
2) Being able to play at our college where we met and formed the band. This year, we were the band invited by the college to perform at the formal event of the graduation class. It was a special moment for all of us.
3) See our names on a billboard. When we released “Darling This Isn’t” in March, we saw a billboard promoting our single in our hometown. Being from Spartanburg, South Carolina, this was a big deal.

What are the main projects for 2023?
Our band intends to conquer some from major stages/festival (SXSW, Mempho Fest, Bonnaroo) in 2023, as well as participating in some exclusive experiences with major providers (example: Spotify “Artists Wanted” concert). We are also preparing the answer EP entitled “I Was Never Yours” to our recent release of “You Were Never Mine”. We hope to release this in late summer or early fall 2023. 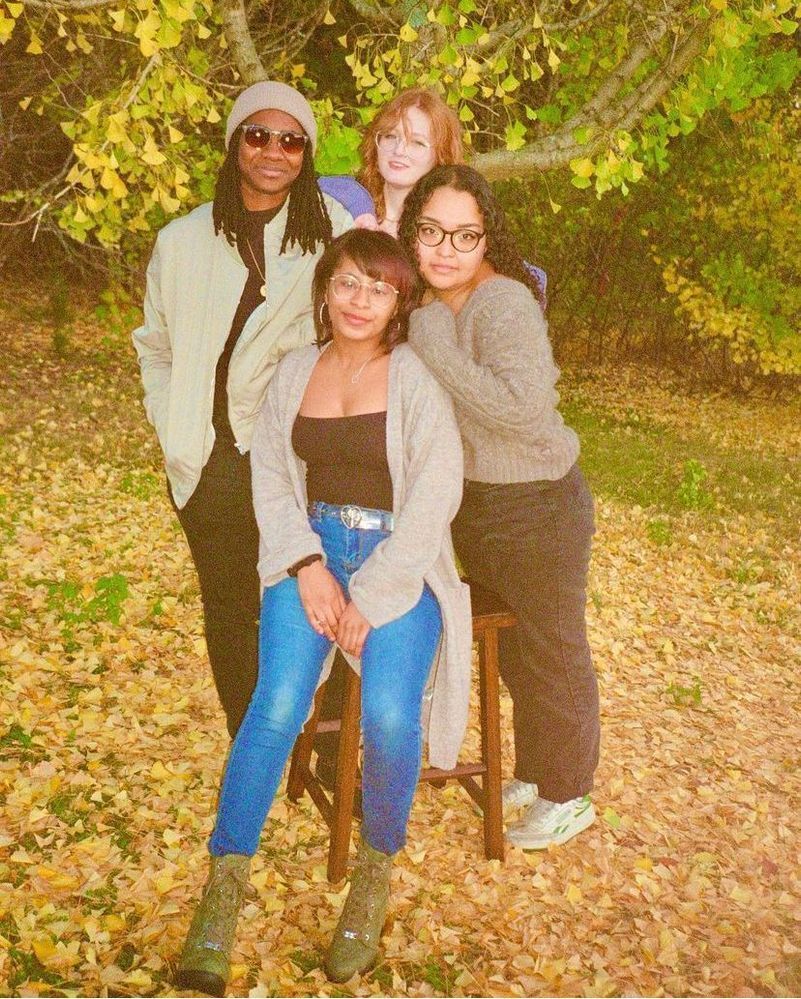 Those projects show us that the year 2023 will be another successful one for the band Sorry, Peach.

Advice for artists who are starting their musical career:
Don't stop. A good friend of mine, who now makes art every day as a career, told me that the difference between him and some of his classmates who thought they wanted to make art as a career is that he never stopped. It gets difficult, it can seem very easy to just give up and choose a path that is a little clearer. But I really think that all the good we get out of this band is because we don't stop.

Final considerations:
We are once again extremely honored to be part of the Spotify Community, but also to have won the Artists Wanted edition with music that we are super passionate about was also a dream come true. We believe in creating from the heart and our hearts are full of the support this community has provided. Thank you again!

Now that your popcorn is over, and the interview is over, run on Spotify and put on the song “A Lot Less Time”, order some food and open a bottle of wine.

And of course, don't forget to some tissues in case a few tears fall.

It was an incredible conversation with the band, a super relaxed chat and a beautiful story. Love the songs and believe they were born to shine! 🚀

Great job @geovanebento and nice to hear more about Sorry, Peach who were the Community's pick for the latest Artists Wanted program. Love that track...

@Geovanebento Thank you so much for sharing this amazing article and the details of the interview with the community! Sorry, Peach is so extremely grateful to start 2023 off with such great support and the many kind words. This is the encouragement needed to continue to create music from the heart!

@Loneliest_Cabin, Thank you for the kind energy! We hope to keep you listening!

Again, THANK YOU COMMUNITY for choosing Sorry, Peach as the Artist Wanted No. 7 Winner!

Thanks, everyone! I am very happy to know that you liked it. But I didn't do all of this alone, the community team helped me. Team work always turns out great! 🤗🤜🤛