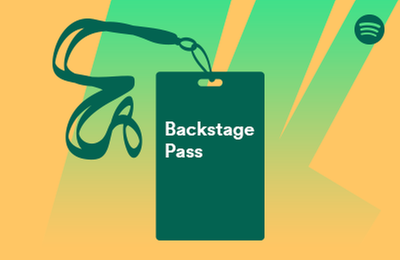 Our Community Rock Stars can be featured on Backstage Intros. To find out more about the Rock Star Program click here.

In this installment, we're happy to re-introduce you to Claudia, aka @Sebasty.

Hey there Claudia, tell us more about yourself.

I'm a music-loving Estonia-based person. I enjoy spending my evenings accompanied by good music and my cat whilst drawing or doing something else creative.
I have a deep appreciation for nature, I love my animals, I like collecting bird feathers since I was very small and I love venturing everywhere whenever I can.

Bikerides to unknown are some of the best things to do in summertime!

That would be something Amon said in a video interview:
"I don't feel like a grown-up at all. I wonder if I'll ever feel like a grown-up.
When you're a kid you do look at grown-ups and think they're in control of the situation and they're really well-organised and at least have all the answers to all the questions, you know.. you're starting to grow old, you realize that your parents were winging it the whole time and you are, you know, just fumbling your way around in this world, trying to make sense of it all."

It would be like a life tip, like try not to feel like such a failure when you can't figure things out as smoothly as you'd expect as an adult. It just goes as is. I try to remind me of that every now and then.. :')

How did you choose your Community username?

It was my username on another site and is also a name for a character I created inspired by Sebastian Roth (I created like 4 different characters from him). It got stuck on me for some reason as online ID and I'm pretty cool with it. 🙂

When did you start using Spotify and what's your favorite in-app feature?

Roughly 6-7 years ago; I have no idea. My favorite feature is the queue!

What's your Spotify playlist of choice?

There are quite a few playlists that I really appreciate, playlists curated by favourite labels, favourite music of favourite artists, some of my own playlists that I love listening to, playlists by friends... I think I would share one of mine to allow readers get to know me better: it's a playlist called "You Sound Good" and it's a long and old playlist consisting of songs I've come to love over the years.
I try to keep it at max 5 songs per artist, so there won't be 300 tracks by Amon Tobin or anything like that. 😄

Nice! If you could only listen to one song on repeat from now on, which one would it be? How come?

Oh My GOD, just end me :'D
But I think it would be something from Amon Tobin, from Bricolage because it has long tracks.
This one, I guess, because it has such a lovely nighttime groove (and that sax!!) which fits with my rather nocturnal creativity process.
spotify:track:2WMbSeyqHNfSUEqmjXQZiG

Since your last Backstage Intro, you've joined a Rock Star Jam. We're curious, what did you think about the experience?

Oh, the entire event was awesome! I was honestly so awestricken by everything, that Meredith repeatedly asked me if I was alright. Very very deep impressions left by both the Spotify office (awesome interior design!) and the Stockholm city. I would have loved exploring it more!

The late-night party with fellow Stars in a restaurant at Hobo Hotel was cool. The dinners were quite amazing and I'm impressed I managed to eat everything I was given!
I also spotted one audio store named Pause when I was lurking around with @meahtenoha  and @crematedman , the store's logo reminded me of Two Fingers.

We went into a museum, the three of us, and the doll houses in there were something to envy... But honestly, I loved everything!

You're very talented - what's your inspiration behind your art?

Thank you, I appreciate that 🙂
My inspirations come from various places - memories, places, own thoughts, my favourite artists and music, silly ideas that ended up being cohesive enough and so on. I currently have an awful lot of Amon Tobin influence, so I just enjoy that driving force in me trying to do the best of me, be it drawing, painting, sewing or something else.

Thanks for taking the time to chat with us! Before we go, would you like to share a joke with us?

I laughed so hard at a post by an irritated man on Facebook:
"In the morning at 5:45AM there was this tabouret with terrible noise racing around on Jaanson road. Did quite a few laps, when I went out to see who the clown is, didn't return for a new circle anymore, sadly."

Thanks for sticking around! Stay tuned for the next Backstage Intro coming soon.

In the meanwhile, if you're a Star wanting an introduction, feel free to reach out to one of the Mods to let us know. We'd love to find out a bit more about you 🙂

Nice to remeet you @Sebasty ! Takes me back to the Jam!