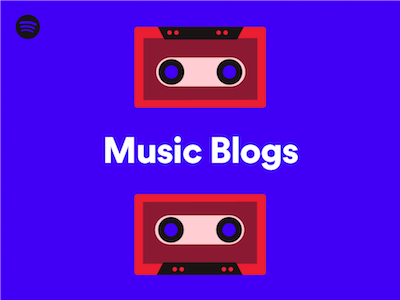 Hey friends, I am writing this blog more as a start of discussion around the topic as it is indeed a big one.

As you’ve already seen from the title we’ll be talking about ‘’guilty pleasure songs’’ and if you believe that such a thing actually exists or if it’s just a social restriction that prevents us from enjoying whatever tracks we want.

I was inspired to write about this by a type of party we have (or used to have) here called a ‘’Shame party’’. A quick recap of it would be that they play 2000s pop songs that are considered ‘’uncool’’ by the young and hip crowd. Well, that same crowd is most often present at the given club singing their hearts out to some really cringy songs without a care in the world. I’d even go so far as to say that it’s one of the most attended regularly events organized in the city.

And then there is also the ‘’Private session’’ function in Spotify and yeah - you can tell me that you use it for parties where everyone is queuing songs and you don’t want to affect your Made for you section. But I am almost certain that there is also a rather sizeable number of times when you’re not too keen on showing all your friends that you’re you’re blasting that song you swore in front of them was "Oh so lame".

My personal opinion on the matter has changed quite drastically with time. Back in high school I was a proud believer that rock and heavy metal were the only genres that are worth listening to and everything else is just embarrassing and if consumed should be done is secrecy and shame... But then fast forward to me being front row on a Lizzo concert screaming how amazing she is. Oh, how things change 😄

After some time and having met some new people, I came to the realization that every genre of music has something to offer and as long as it’s not defamatory for anyone, it should be given a chance. I am definitely not saying that you need to enjoy everything, but rather approach things with an open mind and open ears. You never know what gem you could stumble upon!

So what would you say on this topic? If someone states that they only listen to *insert genre here* does this change your opinion about them? Have you ever considered this as a question worth discussing?

Any and all thoughts on the matter are welcome!

I think it's just a social restriction. For me personally, I just enjoy any song I like and I don't care who knows. If it's a good song, I'm going to enjoy it. 🙂

Great read @Elena! I have to agree with @MattSuda here, music is meant to be enjoyed.

If the mood strikes for something I don't normally listen to, then why not 😄

Very relatable content in this post haha. I definitely use private sessions when I'm working out and need those pump up jams. I'm afraid it'll mess up my recos for sure (Do i have too little faith in the algorithm?!) but you're right, I mostly don't want people to know I'm listening to DJ Khaled - All I Do Is Win at 2pm on a Thursday in 2020. I listen to what I want, and my mood is always changing, but I'm definitely more gatekeep-y when my taste varies from the norm. And that's coming from someone who proudly touted that her Artist of the Decade was One Direction (🤷‍), so it doesn't really have to do with the genre but moreso how it alters people's idea of me.

I actually kind of get a kick when I spot some of those unexpected friends, the ones who usually only listening rap or something when I'm in the car with them, listening to Kero Kero Bonito or TSwift even. Kind of a fun reminder that there's music for all moods and no one can listen to one type exclusively!

I don't think that individuals should feel guilty about listening to music that they like, regardless of whether the artists have favorable album reviews by music critics, whether they are popular or unpopular, whether their friends also listen to the same artists, or any other parameter; and I don’t think that it makes sense to judge someone for their listening preferences.

This is because I don’t think that music can be objectively described as “good” or “bad”; it seems to me that it would be quite difficult to agree upon which elements constitute  “good music,” given the variability in musical preferences among all listeners.

If someone says that they only listen to [one of my favorite genres of music], then that would probably allow me to mention artists that they might like or already enjoy listening to within our conversation; whereas if they say that they only listen to [a genre that I’m less familiar with], I would probably talk less and instead mainly hear what they have to say about their favorite bands in that genre (and perhaps try listening to the artists that they mention to see if I like them as well). However, in either case, I think my opinion of the person would be unaffected by their favorite genre of music, as I don’t consider any genre to be “better” or “worse” than other genres.

I also thought in High School that Hard Rock and Metal were the only genres that mattered. I have grown a lot since then and I have artists in almost all genres that I Enjoy. You're right , Music is meant to be enjoyed. Otherwise what's the point. Everyone has their genres they enjoy but a little diversity can go a long way in growing in music. 🎵