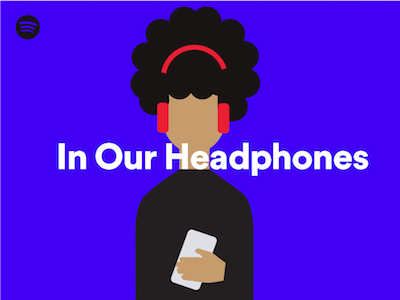 Welcome back to In Our Headphones. Your monthly VIP pass into the listening habits of some of our Spotify staff!

First up I want to shine a light on Weezer's cover of Rosanna by Toto.

This cover is only in existance because somebody set up a Twitter account dedicated to urging Weezer to cover Africa by Toto. Instead, they've covered Toto’s less-popular single Rosanna. Well played.

Next up we have February 3rd by Jorja Smith.

This song first appeared in the TV show Insecure. It's the 3rd single to be released this year, which will feature in her debut album, Lost & Found. You gotta check it out!

Finally we have Hell Or High Water by Passenger.

The singer/songerwriter wrote the song around 5 years ago after going through a break-up. It's the first single to appear since his short hiatus, with a new album coming out soon.