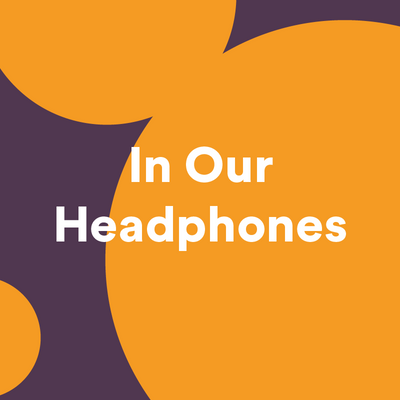 Spring is finally here and so is our new issue of the Headphones. This time we have a special edition including members of our Rock Star Program. And the occasion is very special - the launch of the new Chat section of our Community!

Let's start with @Katerina's choice for April 2021. Cali4nia is the latest single by one of her favorite artists and she finds it pretty cool. She shared with us that she also added the track to her work/focus playlists since it's pretty groovy:

Moving forward to what @Mihail recommends this month. Even though MF Doom is one of his favorite rappers, he only now found out that he also released music under the name King Geedorah. Naturally, he proceeded with digging through the Spotify catalogue to catch up. This track here is classic Doom, according to Misho - slow paced witty rhymes over a jazzy beat. What's not to like?

We continue with a track selected by our fellow Mod @Elena, who says this was a month of pop vibes with a hint of teenage angst. The reason? My Chemical Romance postponed their tour to next year (again!) and she had to listen to them a lot to get over it:

@Alex was digging around for a new series to binge when he stumbled upon Utopia, a British TV series from 2013. The series is by far one of his all-time favorites, says Alex. If you have the time and want to watch a beautifully crafted, mind-bending thriller, then he definitely recommends this one. Also, he thinks the soundtrack is absolutely amazing and can't stop playing it on repeat:

This month, @Emil decided to offer us 19 minutes of pure instrumental bliss. He wonders if it's just him, but he recognized some riffs and melodies in there which are all arranged to fit great with one another. He shared that he just can't resist jamming out to the tune while on his walk outside:

Next up we have this track recommended by @Xenia. The first time she heard it, she was taken by surprise by the dark, unexpected turn the lyrics take. She really loved it though, and still thinks it's such a catchy song:

Following on from that is a contribution by a big fan of Amon Tobin - our Star @Sebasty! She shared a track made by another fan of the Brazilian music producer, which she finds distinctive due to their wonderful calm atmospheric tunes. She particularly loves this one, and she presumes the track is named after a certain Amon Tobin song from the album Bricolage:

@Sebasty also shared with us a few of her favorite emerging artists, which have fewer than 1000 followers on Spotify. She declared herself "completely in awe of the sound" of TRAKA, especially their 2021 album Start Taking Note (she bought the vinyl because - to quote her - "how could I not?"). The title track features Killa P, which combines his flows and an awesome low end:

And we finish with my choice for April. A few months ago I started visiting a salt room nearby. This was a good occasion to discover and explore Spotify’s Wellness section, more specifically the Nature & Noise category. The playlists I found most relaxing to listen to while staying there are the collections of bird songs and brown noise. Here is The Days of Sleep by Touch of Spades:

That's all from us for this month! You can check out the full playlist with what our team has been rocking to here:

Feel free to comment what's been in your headphones lately - we're always interested in what the Community is listening to! 🎼  🎧  🎶

And don't forget to check out the new "Chat" section, which just launched! Stay tuned...

See you all next time!