In Our Headphones: December 2021

In Our Headphones: December 2021 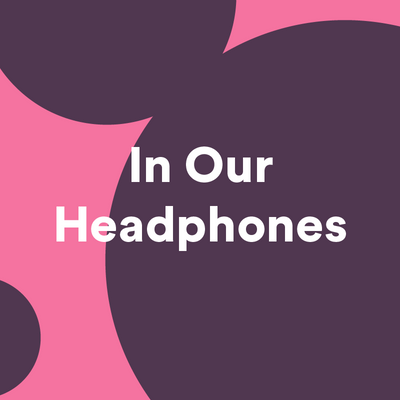 We're back at it again with the Community Moderators' favorite tracks of December! You know, the songs that got stuck in our heads, so we kept coming back to them day after day. Some discovered new tunes to fill in their music library with, while others (including me) felt the need to dust off some of their favorites and reexperience the journey. So without further ado, let's jump in and find out what has been playing in our headphones for the past month!

Starting off we have @Kiril, for whom the joyful spirit has been on a gradual decline during the second half of December, which can be noted in his diverse picks. Here's what he had to say about them:

"This month for me was a rollercoaster ride, ups and downs, so is my selection. At first, I remembered Harry Nillson with his Coconut, an old gimmicky song by one of Beetles' fave American musicians! The memory came to me in the beginning of the month, which brought me smiles. Then The Offspring, who were my teenage punk idols, surprised me with a new 2021 album... This is definitely the top tune in it and also the title of the album, so it have set the tone right for the current situation in the world (at least for me)! Then a melancholy and sadness mood came in the last days of this holiday month, with the passing of a beloved person, so I lost my mojo to be cheerful and talkative for now...so there comes the tune of The Frightnrs." -Kiril

@Elena carries on the melancholic atmosphere with Mladost Ltd. by the bulgarian rappers Grigovor, C-MO and TromBobby:

"This month I have had mostly one album on absolute repeat and the song I want to tell you about is from it - Младост ЕООД. I did choose the track mostly for the lyrics, but for those of you who don't speak Bulgarian it's about youth and how it's treated as a job position of sorts. I can recommend the track to everyone who appreciates great rap flows or speaks Bulgarian, or both!" -Elena

Moving on we have @Melody who has chosen two tracks for this month's In Our Headphones:  You're Somebody Else by flora cash, a beautiful acoustic piece; and the gentle that way by Tate McRae, both of which carry a certain sadness, that can be felt in the bare instrumentals.

@Katerina has been enjoying some mid-paced electronic music like always: The Way by Magnus Ardhammar features a beautiful and soothing female voice; Skrux's The Fear in Me has this very chill vibe to it; and the vocals on Poison for Lovers by ARTY in a way reminded me of mid-2010 dubstep era. All songs make for an interesting listen, even for non fans of EDM.

Next up we have @Emil, who lightens the mood a bit with some old school sounding funky hiphop by Marc Rebillet, themed to the tune of current times:

"Getting vaccinated has never been so sexy. Marc Rebillet's either a genius or a comedian, not really sure which one. The dialogue around the 1:50 minute mark is the best lyrics gracing music since "Imagine". Caution: Absolutely NSFW!" -Emil

The next track is right up Kate's alley, I'd say. Give Me a Reason features relaxed vocals, layered over a pretty retro sounding beat and synth, the latter of which gets progressively murkier:

"Boy Harsher have always produced some dark, yet very dance-able tunes. Also a track filled to the brim with emotion, it evokes desire and melancholy. Do prepare something uplifting to get you back in brighter spirits." -Emil

As for the last pick, Als wär's das letzte Mal, the track does a different take on the aforementioned EDM style - it's faster and more aggressive, but also a bit unsettling in a way:

"Continuing the sexy vibes of the last song in the playlist, DAF's high-BPM call for love "as if it was the last time" is what you'd want as a soundtrack in a movie scene taking place in a dark night-club with strobing lights, packed with people jumping in rhythm, giving way to their emotions." -Emil

If you're looking for something cheerful, @Ver has got you covered with a fun classic:

"As I was scrolling through Instagram, I saw a reel with an audio that reminded me of a song from my childhood. The song has many version but I can remember my classmates playing the Dolly Song (Ieva's polka) by Holly Dolly. The rhythm is very catchy". -Ver

@Mihail has also had some pretty fun and cool tracks running through his headphones this December:

"This month it's about different guitar vibes with my selection. From the punky feel of of Angry Cockroaches by Tito and Tarantula over to the blues vibes of Canned Head and Evil Woman. To top things off I've included a favorite cover of Baby Please Don't go by the fictional artist Cherlene from the TV show Archer. One of the many alter egos of a crazy character on the show it always brings a smile to my face as I remember the many funny moments there." -Mihail

When it comes to @Alex, his picks fall more into the "chill songs you just can't help but vibe to" category. He has discovered something new this month:

"Got this song in my discover weekly and I really enjoy it. Perfect for riding around in the last days of the year." -Alex

While also staying true to his favorites:

"Every time I hear this one I feel like I'm being reborn. It's an ideal soundtrack to something new, like for a new year." -Alex

But so much for the cheerful and fun tone as @Mario brings back the melancholy with Where Do We Go - an interesting trap take on the infamous intro riff to In The End by Linkin Park:

"I was already hooked the moment I heard the song's motive. Still, I consider the two artists' vocal delivery of the lyrics the most captivating element in the song: not only inspiring, but something they clearly put their heart and soul in. Where Do We Go is a difficult question, but Burgos & Bearded Legend made me feel at peace with myself for a minute while asking it." -Mario

Moving on to @Jeremy, who comes in with a very refreshing RnB track Your Peace by Jacquees:

"I'm a big RnB fan. This song gives me a really good warm feeling. I've been listening to Jaquees for a long time and he's truly our generations RnB king. All of his songs takes me back to my youth and give me some kind of 90's RnB vibe so if you're into RnB and haven't heard of him before, I definitely recommend checking him out!" -Jeremy

As for me, I too felt the need to go back in time and listen to one of my favorite bands, Ulcerate. The way the guys write their songs is just captivating with their densely layered soundscape and bleak atmosphere. The thick growls, the complex drumming and atonal guitar riffs all make up a really hard pill to swallow, yet an ultimately rewarding experience, that gets better and better with every listen, allowing one to discover new aspects within the thick foggy compositions over time.

The closer track from Ulcerate's fifth album does a fantastic job at portraying the aforementioned characteristics and wraps up a perfect album. The drop around 5:51 mark is where all hope is indeed lost: you're left motionless as the world crumbles around you and is consumed by the abysmal void.

And there you have it folks! Way to go wrapping this up - talk about ending on a positive note. But do not despair - while things won't likely get better this year, a new one approaches, bearing a new future and who knows what it holds for us. So end the hope that this year will get better and pray the new one doesn't suck as much.

Thank you for your time. The playlist's down below if you'd like to have a listen. Take care.