In Our Headphones: January 2021 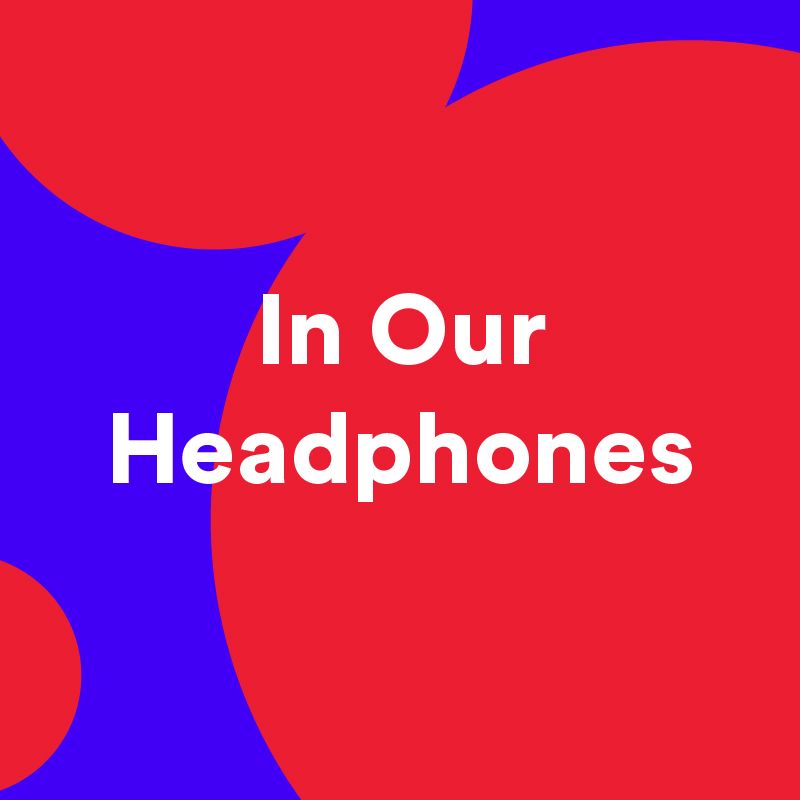 Hope you're all having an amazing start of 2021! We know we sure are, because it's time for the the first regular edition of In Our Headphones for this year 🎉

If you've missed the Stars and Community Team Desert Island Discs exclusive that @Mario posted a while back, make sure to check it out here.

As always we have a wide selection of different artist, moods and genres we want to share with you, so without further ado let's jump right in!

First off is @Katerina with this track she says is so cool, that it deserves to be In Our Headphones twice: "It's playful and imaginative, honestly the algorithm knows me better than myself at this point 🙈"

Next up in her selection is Afterhours by TroyBoi. She explained her choice like this: "I heard this when my partner kept playing it on repeat. It's been stuck in my head now thanks to him and it makes me think like I've heard it before and I can't pinpoint where, so I keep listening to it... it's like a never-ending loop since the more I listen to it, the more it reminds me of something and I keep listening to remember "

Her third track of choice is again by TroyBoi. In her own words "It makes me wanna dance honestly. The intro is very pop Balkan, the beat is neat, I run out of words to describe it."  We couldn't agree more - sometimes music can only be felt, not described!

Moving on, next up is our @Xenia . She wanted to spread some good vibes and decided to share her "ultimate happy song" with us. We hope it brightens up your day and brings a smile to your face, as it did with us.

Other tracks that made her shortlist this month are:

Now let's check out what @Elena has in store for us this month: " Lately I have rediscovered my love for the "heavier variety" of music and have been exploring some new bands. This month I have songs from Russia, Ukraine and Sweden. Travelling may not be allowed, but I do dream of international festivals"

Meanwhile @Ivan has been jamming to Stiga, Be! He shares with us: "This was one of my favorite songs as a child, performed by Bulgarian theatrical actor Marius Kurkinski. I like the chill-jazzy vibes and especially the video, which became a total hit back in the days. I've always found this artist's work really surreal and abstract, regardless of it being theatre or music."

We continue with  @Peter  who explained his selection like this: "I've been a fan of David Gray and Tom Odell as songwriters for a while now, but I only just recently started paying attention to Birdy. She's really come on as an artist, and her new original music has struck a chord with me in a way in which her early piano covers didn't. I particularly love how, in 'Loneliness', each chorus builds on the previous one by adding new layers of sound, rather than just repeating itself. Love it!"

As for me - I'm representing hip-hop with my tracks of the month. My first song came up on my radar because of Mos Def. I really admire his talent and think that his name equals artistic quality, be it in acting or music. It also made me reminisce of the time I went to a concert of his in Vienna a while back and had a blast. Then there's the amazing and mysterious voice of Macy Gray. Hope you enjoy it as much as I did!

Next up is 9th vs. Thought by Black Thought. I found out about it through my Discover Weekly (naturally) and was instantly impressed with the rapper's flow. Can't wait for the weekend, when I'll find the time to give all three editions of his Streams of Thought a proper listen.

And that's all from us for this month. You can check out the full playlist with what the Mod team has been rocking to below. Until next time and happy listening!

@Katerina - those algorithms, man... you gotta hate to love them sometimes 😄

@Elena - I've been to a bunch of amazing concerts, but yet to go to a festival - fingers crossed 🙂

Indeed @Peter ! Whenever I need something good and new, I always find it in my Discover Weekly 😁

And shout-out to @Xenia cause I took a peak in her shortlist and her Artic Monkey's track has been a gem.