In Our Headphones: January 2022

In Our Headphones: January 2022 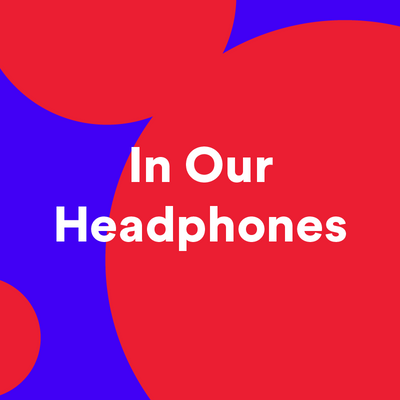 It’s the end of January and we hope most of you have regained your balance after the holiday rumble-jumble. We know it’s tough. On our end, we slowly started to vibe and rock on to the misty waves of 2022 and we want to wish all of you a smooth, joyful and progressive ride this year 🎉

And just before kicking January out the door, check out the piece of blog that brings you the musical echo from the Mods’ headphones. Once again we present you with a fine selection of hand-picked tunes that could well set the tone for your brave new beginnings. So let’s kick it 🎶

We start the glide with @Emil and his eclectic triad of tunes, with which he reveals some inner parts of his personality that you might not be able to spot through his Team Lead shell 🤓

He first heard rapper Alligatoah when he lived in Germany, and that was some years ago. Since then he always loved his style because of the witty lyrics, the melodic refrains and the "fette beats". Alligatoah is still going strong more than 10 years into his career and Emil can't help but to laugh out loud to some of his playful songs and pretty-pleasing videos too. The title could be translated loosely as “Aftershock” in English and here is Emo’s own opinion about the song itself: “Nachbeben specifically has been in my headphones for all of the above reasons - cool lyrics, nice bass beats and over-exaggerated pronunciation.”

The next tune to hover on, exposes the inner geek of Emil, who literally shines through this one. Rivers In The Desert is a cover done by Lollia, of a battle theme from the Japanese RPG Persona 5 (yeah it’s a video game), but according to Emo this take on the theme is even better than the original. “Sure, it's super corny, but I just try to ignore the lyrics and just really dig the vocals and the new, more guitar-heavy arrangement of the track.” - as Emo’s geeky self said.

And then we segue to something else Japanese - Emil’s last track pick is 芋虫 (meaning Sphinx) from the rock band Ningen Isu which from a western perspective sounds quite unusual and that's what really captivates Emil. He finds this rock ballad as quite "tragic" in the beginning and it reminds him of the feeling of mourning. “It slowly progresses to a more upbeat sound and then suddenly, around the 6:30 mark, it happens! There's not a bit of that initial emotion left and you get something that's a lot more... mocking? Just gives me goosebumps, even if I have no idea what they're singing about.” - said Emo about the track and added that it actually allows him to imagine his own story.

Then comes @Kate with a trio of songs that dwelled in her headphones for the past month. She's been listening to a lot of music from the Blend playlist she’s made with her boyfriend, who by the way is a proper metalhead, and that explains her having picked the likes of Rammstein and Sirenia for this January 😈

Kate, in her own defense shared that: “The only other track that's not influenced by this (and isn't metal) is Nightcall by London Grammar. I'm not 100% where it got suggested to me from, it was either Discover Weekly or one of the Made for You Mixes. I really love the hypnotic melody it has, it's so soothing!”

We then move on to @Alex, who brings us the French connection, with some fine rap oldies from his youthful teenage days. Alex admits that he was checking out a retro playlist of his, that was filled up with party tunes and there were also hidden gems like Rohff and Magic System 💎

Approaching @Elena's two songs now, we can expect things to get fiery and flammable, so be warned and proceed with caution 🔥

She just discovered Run by Zeal and Ardor at the end of the month, but it very quickly became her most-listened song. For it she recalls: “I sent it to a friend and her comment was - 'when I think about your music taste that would be the song to describe it best' and I tend to agree.”

Elena loves songs that are slow in tempo but with aggressive instrumentals. She is really fond of growling vocals, and maybe somewhere in all that chaos she could enjoy a tiny part with clean singing to give you a chance to take a breath. Don’t miss that!

Continuing our musical flight on the wings of Soar, we reach @Yordan's pick for this month called Roots. The track is lengthy, deep and layered with emotions that fit perfectly to the rest of the hard, battle-themed music we’ve heard thus far ⚔️

Dan (short for Yordan 😉 ) sees the song as a perfect soundtrack for rainy days, or for commuting in the gloomy public transport, or for both actually and notes: “The culmination at the 10:51 mark takes the cake, as it evoked (and still does, after 100+ plays) such emotion in me that I just cannot put into words. It's emotive, cathartic, magical. Regardless of how many times I play this song, I always get goosebumps and tear up a little as it's simply gorgeous.”

And then we have @Ver, who offers us her two jams by The Weeknd and Billie Eilish that will help us calm down and take some more breath from the battlefield - literally 🤣

Here is what Veri had to say about her second pick: "I stumbled upon this song [Billie Bossa Nova] while I was watching the TV series ‘And Just Like That…’. It caught my attention as it's a very calming song and I've been playing it in the background for a while now."

Finishing this off on a positive note, here are the three little songs that hitched to my (Kiril's) headphones this January 🐦

This time surprisingly, they aren’t reggae-related tracks, but come to represent the cool and funky side of hip-hop music, as opposed to the shady and violent one. All the tracks by Skee-Lo, Eric B. & Rakim and Del The Funky Homosapien, fascinated me with their witty word plays when I was a teen. You can easily tell that back then I wished for a lot of things, was a bit foolish and sweated the technique, a lot 😂

And this is how we kicked it musically this month, folks! Hope you’ve enjoyed the musical slide, and let the journey continue for you with tons of positivity, productivity and full 💯 health points!

Feel free to give the ride another go by spinning the whole playlist again below 🎧 Enjoy!