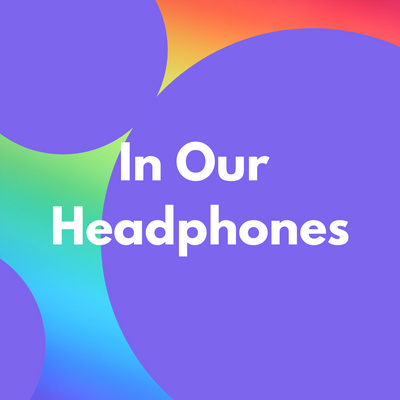 Hey hey one and all!

The sun is shining, the birds are singing and our headphones are booming with some new (or newly discovered) tracks that we'd love to share with you lovely lot!

In honor of June being Pride month I'll start with a few song from LGBTQ+ artists.

First up we have Demons by Hayley Kiyoko. This is one of @Xenia finds this month, she discovered this track only a few days ago (while watching Loki) but it's already one of her favorites and most listened songs this month.

In a similar line we have my picks - I have one track from the Swedish LGBTQ+ rapper Silvana Iman. The song was created for the European Basketball championship, but since I am not much of a sports gal I just like the beat 😄

Next we have @Katerina with a great pick from another artist celebrating Pride this month - Daya. In Kate's own words - ''I think this song was from my Discover Weekly or the Pop Mix, both of which were the top contributors to what was in my headphones this month to the point that I can't tell anymore which was the best of the two''

Another contributor to her picks was this thread in Chat and in particular the On Repeat playlist for @iamamiramine. Thanks to them for this song:

Next up we have @Mario's pick from Saiah. As usual he wants to share some good spring/summer vibes with all of us and we appreciate that so much. Enjoy!

While we're on the good vibes frequency we can mention @Jeremy's pick. I think he put it so well when he said: "The beat and how it's produced gives me such a great feeling and just really catches my vibe. This song will definitely be my summer song this year.''

Last but not least we have @Mihail and his impeccable taste in rap. Lately he's been listening to a lot of Vinnie Paz (again). An underground veteran of hardcore rhymes, Season of the Assassin was his debut solo LP and this track, in Misho's opinion, is the best of the whole album. I would lie if I say I wasn't so impressed by the song as well:

And to keep the party going you can queue up his other two picks:

That's all we have for this month, folks, but do come back next month to discover some more good songs from the Spotify Mods.

I leave you with the playlist from the tracks above! Enjoy 🎧