In Our Headphones: November 2018

In Our Headphones: November 2018 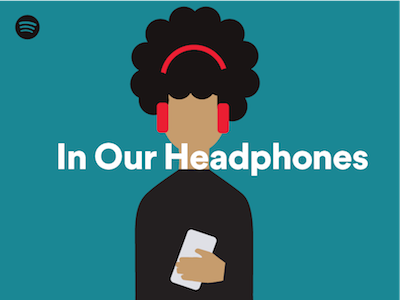 Welcome to this month’s In Our Headphones. Let's go back and see what we've been listening to in November.

There were a lot of cool album releases in November from some big artists, including Muse's Simulation Theory, Imagine Dragons' Origins, and a live album from Coldplay's latest A Head Full of Dreams tour. All three have very inspiring album art, especially Coldplay's "Butterfly" album, which has incredible attention to detail (you can even see a zoomable ultra high-resolution cover on their homepage here).

Surely, not only well-renowned artists deserve attention. This month’s IOH playlist includes a whole palette of genres and sounds, ranging from Country, Surf music, Dance, to Drum’n’Bass, Metal, Oriental, and Dutch Pop (?). It’s astonishing that we haven’t seen any Christmas music already, but this void will undoubtedly be filled by next month’s post 🙂

First off, @Peter was “pleasantly surprised” to hear Dido's first release in 5 years, namely her new single "Hurricanes". She seems to have developed a lot sonically in the interim with a more electronic vibe, but her unique melancholic vocals are unmistakable in this song which promises a lot for the upcoming album, out in March of 2019. AND she's going on tour for the first in 15 years... Say whaaat?!

Have a listen of her new single for yourselves:

Moving on, the introduction of the Arab genre in Spotify has unlocked shortcuts to unexplored areas, Arab Indie being a very promising playlist included in there. Here you’ll find TootArd, who fuse many different international genres with local ones to produce a unique sound. "Sahra", meaning “night-out”, is an upbeat song which brings the party-mood to what feels like a desert sunset and describes a cheerful night around a fireplace surrounded by tents. The long-tailed reverb in the music gives a sense of remoteness, but the choir that pops in every now and then reminds you that you're still sitting in an office surrounded by people:

Climbing up the same ladder towards Africa, considered by many to be the origin of the Blues sound, it’s not surprising that remnants of the sound still echo in tunes found in different parts of the continent. Amira Kheir, a Sudani-Jazz singer, takes us on a spiritual journey with her groovy "Manaok (Forbidden)", which overcomes the evident language barrier by providing a combination of soothing hymns comparable to African-American Spirituals, a lingering bassline that persistently wants to sing along, and traditional instruments found in the area:

There are other impressive tunes that are more than worthy to be commented, but it may be better to see for yourself:

That’s all folks. Wish you all the best, and seeya next month 🙂