In Our Headphones: November 2020

In Our Headphones: November 2020 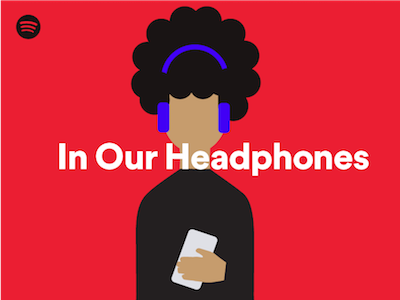 Welcome (back) to this month’s ‘In Our Headphones’ - Let’s have a look at what our Community Moderator team has been jamming to this past month.

Starting off with @Peter's choice ‘For All You Give’, which he describes as “such a simple yet beautiful acoustic ballad. The longing in the lyrics and the way they're delivered is palpable, but it's done so without leaving a bitter taste in the mouth. I also love the ebb-and-flow of the Spanish guitar as it weaves its way in and out of the song and accompanies the effortlessly intertwining vocal harmonies of the Paper Kites' Sam Bentley and Lucy Rose. Just wow 🌹”

Next up is @Mario, who’s been listening to the soothing sounds of ‘Demons in my Orbit’ by ‘guardin’. He says this is just the right song when you’re “in the midst of those complex and never-ending, sometimes dark, reflections on the self - especially as we ended up spending so much more time on our own. The lyrics are, in fact, dark and brutally honest, but the intention is definitely towards healing. That's what the music and this song are telling me, and I feel it.”

@Elena has been listening to different styles of music at different times of day and the songs she picked this month represent that in a way: “Starting off with Poppy in the morning, gravitating towards some Russian pop at noon and finishing the day off with some Alex Turner and his gang.”

Moving on to @Ivan's choice for this month ‘Dirty Sticky Floors’ - the first solo single by ‘Dave Gahan’ from Depeche Mode, released back in 2003 for his debut album, which according to him is about the two sides of rock-'n'-roll - glamorous on the one hand, but ending up on a dirty floor somewhere on the other. Ivan explains that he likes this track “because of the well-preserved dark sound typical for Depeche Mode and the hypnotic rhythm.”

Meanwhile, @Alex has been listening to the all-time classic ‘Stereo Love’ by ‘Edward Maya’, which he just heard on the radio in the bus. And here’s what he has to say about it: “Made my gloomy cold day way more cheerful.”

Another cheerful tune was shared by @Ver. She loves cooking, but says that “sometimes it can be a bit boring, so I’m usually listening to a podcast or to songs that make me wanna move. This one sounds very cheerful and I always start to dance.”

@Jeremy picked a song from ‘Cherrie’ - a very good friend of his. He says that even though she sings in Swedish, she’s got a lot of listeners across many different countries in Europe: “It's a vibe you just can connect with even though you might not understand it.”

Next we have ‘Oh No’ by ‘Kreepa’, a song that’s been stuck in @Katerina's head thanks to a popular TikTok trend that is about well-timed “ah oh” type of videos.

Continuing with a tune that’s been on @Mihail's mind: “I recently rewatched one of my favorite movies of all time - Pulp Fiction. As with every Tarantino movie, it's full of catchy tunes that perfectly fit the scenes.”

My pick for this month is also from a movie soundtrack. I first heard it in the courtroom thriller Primal Fear and fell instantly in love with this track - ‘Canção do Mar’ by ‘Dulce Pontes’, who delivers an amazingly powerful vocal performance.

Here's the full playlist with all the above songs and more. Hope you enjoy them as much as we do:

Thanks for reading! Feel free to drop us a line with your most listened tracks this month 🎧 🎶

Nicely written @Xenia ! Love the track you added - brings back all the nostalgic vibes https://open.spotify.com/track/5hVrqtXHUQ74QbsehPbTDo

i love this song