Announcements
We’re aware of some issues right now affecting our service and are checking them out! We'll keep you posted here. 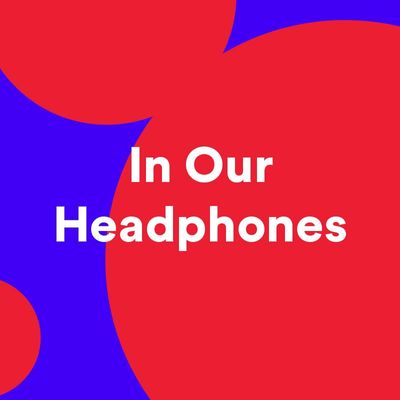 While trying to come up with a clever way to start my first ever IOH blog post, I stumbled across the following fact - the first pair of headphones for the general public and the first ever streaming service were introduced at the same time by the same British company (called Electrophone) in the 1890s. They created a system allowing their customers to connect into live feeds of performances at theaters and opera houses across London and subscribers to the service could listen to the performance through a pair of massive earphones that connected below the chin, held by a long rod.

Fast forward 130 years to the present, much has changed for both music and headphone fans across the world with the most notable improvements being on demand online availability of over 82 million songs and a significant reduction in headphones-related neck injuries.

However, the desire to play certain songs again and again has remained untouched by technological advancements and the ever so rich music catalogue, eventually giving birth to the beloved In Our Headphones playlist. Now, let's dive in and see what our trusty Community mods populated it with this October!

We start off with @Lyubka, who shares some good vibes with a remix of the song Poblado performed by her favorite reggaetón artists. The Latin sound of the track takes her back to the time when she lived in Florida and enjoyed some cool mid-October parties by the pool.

Next, she shares the heart-touching ballad Shallow by Lady Gaga and Bradley Cooper, which made for a perfect soundtrack not only for the movie A Star is Born, but also for celebrating her and her husband's wedding anniversary.

@Elena comes next in our list of contributors dedicating this October to all things spooky with a special emphasis on songs. In her own words:

"This time around I have been listening to Frankenstein by Rina Sawayama and In the Next Life by Kim Petras. I was going to see Rina live in concert in a few days, but alas my plans fell through. I am consoling myself by having her album on repeat for half the day.

The other half is taken up Kim Petras' album Turn off the lights as no Halloween season is compete without it."

In the next life

While some Cryptopsy fans denounce any release that doesn't feature Lord Worm on vocals, @Yordan turns out to be perfectly capable of enjoying what Mike DiSalvo did on the bands 3rd full length album Whisper Supremacy.

"His vocal style fits very well with the band's formidable intensity and this album is still as crushing as any of their previous releases.

Folk Metal is a genre you either adore or absolutely despise. Given that I love fantasy adventures as well as anything related to Norse mythology, it's safe to say I fall into the former category, and one of my favorite bands from that genre has to be Finntroll. Their unique way of making music that's brutal, fun and epic all at the same time is truly phenomenal. The trolls are gonna enjoy bludgeoning you over and over, and you're gonna enjoy it as well!"

Next up, we have @Nikola who can't help but agree that Spotify's algorithm hit a nail on the head when it recommended When I’m Small by Phantogram as the song got stuck in his head during the last month.

"Next in line was this beauty. It’s very moving and melancholic at the same time. The dash of 80s synth with some other heavy electronics make this one a late night favorite for sure."

"N.E.R.D are an old school classic. Always kicking in the door with a bad boy vibe, making you dance like hell. Rock Star is up there with Lapdance and She wants to move with its ability to… well… not let you keep your feet in one place. It’s gonna intravenously bring you lots of power and groove!"

@Kiril joins the party with "2 tunes from 2 very dear bands From my Ska Punk era, jumping and skanking in a moment of nostalgia this month!"

"And the cherry on top:"

"I've been listening to these songs for days now and, even though I know I'll stop for another 2 months-ish soon, I know I'll be returning to them eventually"

He wraps up his IOH contribution with a 2002 version of the classic Crazy Train by Ozzy Osbourne.

Last but not least we have @Jeremy with Higher by Tems:

"This Nigerian artist has captured my heart for the past year. Her voice is like balm for the soul, exactly like her lyrics. There is seriously not a song I don't love by her, but for the last month this song has been on repeat non-stop. Check her out and I'll promise you'll enjoy it"

That's all folks! This is our IOH compilation for the month of October, we really hope you'll enjoy it!