#MusicMonday is the hashtag I've been using for quite a while to share music recommendations from up-and-coming artists. Always fresh, and always different, trying to look for trends before they become one. You can check July's review for more music.

Summer has officially ended, so we move on with new tracks showcasing inspiration as this month's theme. Let's have a listen, with a word from the artists themselves. 🎧 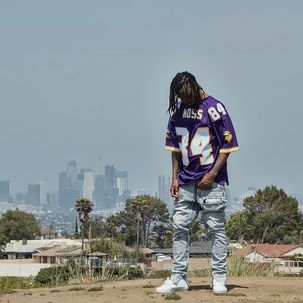 I DONT WANNA PLAY
NO GAMES

I NEED YOU TO STAY AWAY

Personal experiences can really drive a good track, and the Cabra from Los Angeles, CA gives us a good example with his new track:

"I was inspired by my ex-girlfriend, she was toxic af, and she keeps trying to come back because she knows that I was in love with her. But she’s just a user. She left me, she tried to play mind games and she tried to manipulate me for money."

Desperate Journalist – Was It Worth It? 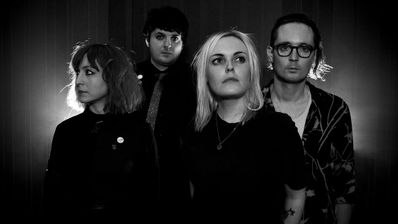 It's just not where the past is

They're all endless roads
On a dismal island
And the traffic knows
They've lost all their excitement
Was it worth it?

When it comes to inspiration, this London, England based Post Punk band shows us that sometimes when you try to write a love song, something else may come out of it. Was it worth it? Absolutely:

"It’s about being disillusioned with London. It's being in love with it but also being wearied by it, like an old friend you're possibly growing apart from but still have affection for because they were there for you at a bad time." 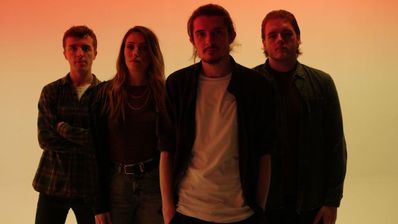 Being in a band can certainly be a challenge, but also a source of impulse for great music, as this Oxford Alt Rock quartet delivers:

"I think the theme of the song is about the wanting to get to a certain place in your life but failing to get there. Disappointment, obsession, frustration being unable to accept certain things are the way they are. Giving a lot to something and getting very little back. It’s largely based on the experiences of being in a band. The constant uphill struggle to get noticed. But at the same time realizing your dreams are fickle so they might be a bit empty as pointless anyway. So overall just feeling like what is the point in anything haha." 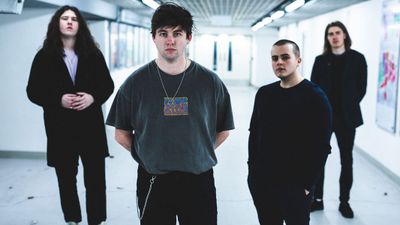 So keep the car running,
On the Milk and Honey,
And we’ll keep coming.

Fluorescent girls, make me turn
From feeling so scummy to stealing my money
For something they don’t need.

Fluorescent girls, make me turn,
From feeling so scummy to stealing my money,
For something they don’t need.

From London, and Oxford, now we arrive in Liverpool for an inspirational Indie Rock track that doesn't let us get down for too long:

"I guess ‘Milk and Honey’ come about at a time when me and the lads were feeling a bit down and out with the music industry. It's a track about the better things in life, that better things that keep you striving for your goals no matter what. That's why its called ‘milk and honey’. The term is used a lot in sentences like “the land of milk and honey”, which is meant to mean (at least I think) a place someone reaches when there life aligns perfectly. But in reality, nobody ever knows if they are there, or how far away that “better place” really is.

So i suppose the track tells tales of uncertainty for the future, and apprehension about what may come of it. Everyone everywhere, is scared/worried about something in there future, death, love, political unrest, loss. And this song tries to get that worry in a track, whilst also celebrating the things to be grateful for. No matter what, you gotta keep the car running, because what's the alternate? To give up?" 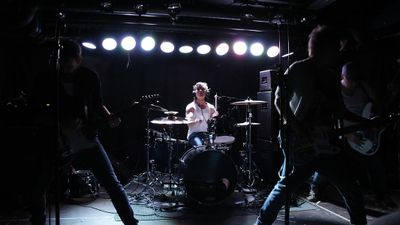 Dear Amy, you took my hand took my heart and
Showed me a world with no sense of logic
But little did I know
That it was part of your MO

We all have our own Amy, and this Pop Punk track coming from Linköping, Sweden gives us a great way to send one last kiss for the road:

"The inspiration for the lyrics is something of a reflection on relationships I’ve had in the past. The name Amy was chosen because of it’s meaning, beloved. So the song could be ”dear beloved” and be applied on pretty much anyone. The writing process started with the guitar riff from the intro and grew from there. I wanted to try to write a chorus that didn’t use the same chords all the time so i ended up changing the chords each line of the chorus which is a bit unusual for me. The travis barker inspired drums really laid the ground work for the energy and the song really came together in the studio when all of us could put our own twist on it." 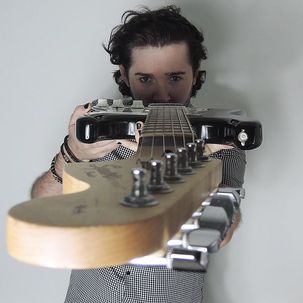 Now I’m just a boy with a thorn in his side
Bleed from every wound while I try to survive
So I hope that you can lead the way
Or light the path tonight so I don’t ricochet
But why can’t they just leave me be
Let me feel clear, Oh please just let me breath

For this month's last track, we go back to London for some maximum riffage. The kind of chords that can go on for days, and may make us lose our marbles:

"I wanted to create a track that was just aggressive and in your face. It all stemmed from the bass riff which I layered about 20 times to make it really wide and distorted. Lyrically I wanted to talk about the stigma around mental health and how society likes to put everyone into boxes to define them. I wanted to write a track that’s gonna feel massive to play live!"