Fall season is here! This month, our artists will take us all over the world through the multiple feelings their songs evoke. Let's have a listen, with a word from the artists themselves. 🎧 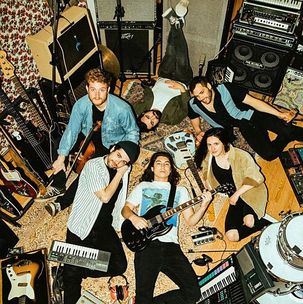 We start with a mellow Art Rock track from Toronto, CA. Truly atmospheric, the song will make you look for those old photos you may still have:

"I remembered looking at my old books on a shelf that had lost their colour. Realizing that it was years of them sitting in the sun it made me think of an image of a photo of two people left on a wall. A lot of my lyrics are post apocalyptic and that’s kind of where the thought of due to a huge event things would be left behind to be exposed to the elements later to be found by potentially those people again.

The idea I had in my head was of a couple that broke up only to find a weathered photo again wondering if they’d ever see each other." 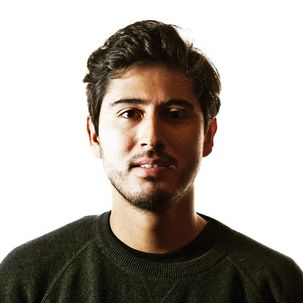 From nostalgia, let's go now to Puebla, Mexico for an enthusiastic love song that loses steam at the end (for a reason):

"I composed this song many years ago to my ex-girlfriend Mariana. As our relationship began I started composing the song and I finished it when we were braking up. That's why the songs starts with a happy melody and rhythm that reminds the excitement of the beginning of any relation, and it finishes like a ballad, which reminds the sadness of an ending.

The Inflorescence – The Button

Why does it feel 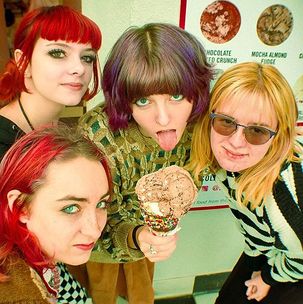 From breakup, we now go to San Diego, CA for a Pop Punk track full of heartache. Would you push the button and forget?:

The idea of erasing someone entirely because the pain of what wasn’t was really the thing that inspired me the most. It’s a heartbreaking thing but something I’m sure everyone wishes they could do sometimes."

From brokenheartedness, let's go now to Gothenburg, Sweden for some Alternative Rock with a different kind of grief. Is there a fix that will let you go? Band member Per answers:

"It’s basically about a time where we just felt like we were stuck as a band, as the first line of the lyrics says.

The song I think started with Henry’s guitar-melody and thought the feeling of that melody captured the state that we were in, so it seemed best to use that to our advantage and actually write about it. Of course I mixed in some of my personal experiences too, but I think in a very broad strokes kinda way, so it’s also very easily relatable for everyone.

Then there’s the thing about depression connected with musicianship, with the “the curtain cuts you into” line, where I at the time felt like the live shows were when I could feel alive, only to start sinking again after the show’s over and the high from the moment has passed.

It’s not as drab as it may sound though, we love music and making music together for the most part, but sometimes you just get frustrated trying to make things work, since the practical parts of life easily can get in the way."

10 days without you in my reach 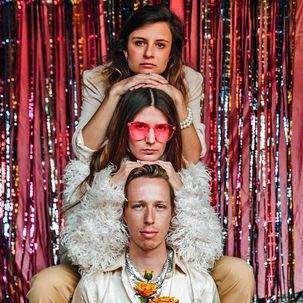 And I slept with someone new for each

Things do not look good for me

From depression, let's end this month's selection with snarky optimism from Melbourne, Australia. Oh me, oh my, I think I'm buried alive 🎶:

"There's a whole other set of lyrics that we used to play it with and had to replace every verse on the day of recording cos they were a bit too... controversial... and lyrically it was extremely obvious who they were about which was great therapy for me but I didn't want to like hurt anyone too much if they heard the song you know.

The chorus I wrote years and years ago and used to be a much slower tempo we would play with a piano accordion. The chorus is about like... I guess sarcastic like hey I'm totally f'd but look at the bright side I'm gonna be a great meal for a bunch of worms.

Then new verses are about I guess just intrusive thoughts you can't get rid of and trying unhealthy ways to do anything to shake them."