Post of the Week: Read a cd audio with spotify desktop 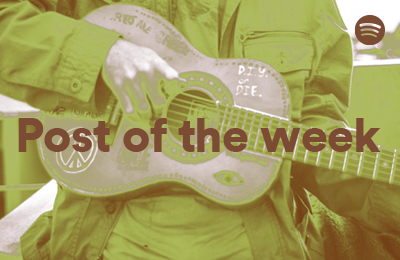 Post of the Week! Thursday’s answer to Friday’s 5 o’clock.

This week we’ll be paying homage to Rising Star @iamandyhill, whose wide-stretching knowledge of a variety of music applications helped one Community member to get the most out of Spotify.

The user had got in touch to find out if it was possible to play CDs via Spotify. @iamandyhill was quick to respond, suggesting the user convert the CD to local files via Windows Media Player. He explained the steps with a warm and genuine tone of voice, striking the perfect balance between concise and conversational. 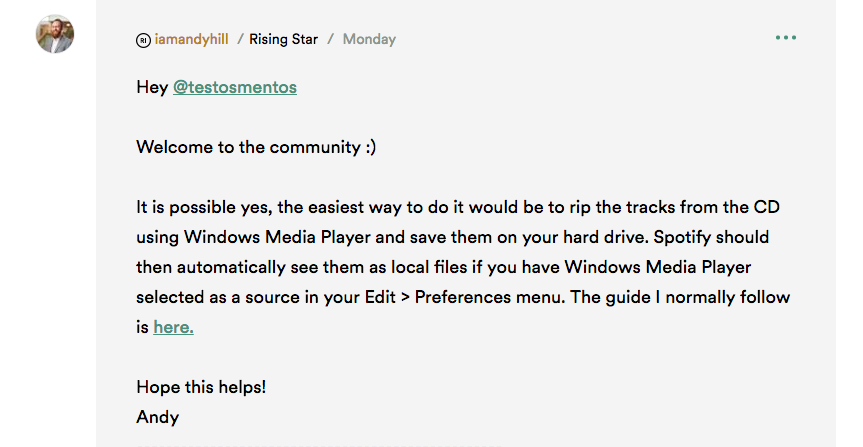 Having carefully covered everything in his first response, this could have quite easily been an open and shut case. In this case, however, the user wasn’t quite satisfied; he’d hoped to use Spotify to read the CD, not rip it. @iamandyhill then explained that unlike VLC, iTunes, and Windows Media Player, the feature wasn’t available. With the same positive tone, he then explained to the user how to submit an idea and even tracked down an older (but similar) idea so that the user could familiarise themselves with the format.

Everyone here in the Community really appreciates the hard (and extremely well executed) work. To say thank you, we’ve added a free month of Premium to your account.