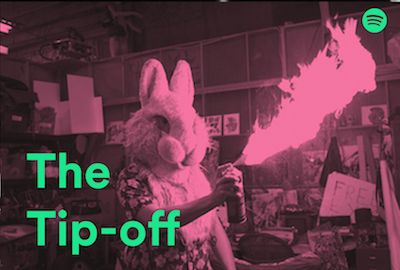 As fall swiftly settles in the leaves turn brown and the last embers of the BBQ fade. You feel the crisp cool air brush past your neck and the smell of rain. Have no fear as Della Mae are here keeping your bare feet dancing throughout the cold.

This quintet are quite quickly becoming one of my favorite little guilty pleasures. An all female fronted Folk/Americana/Bluegrass outfit that have more sass than a subtle hand on hip and swift z snap.

Della Mae aren’t your conventional band. Consisting of guitars, bass, fiddles, mandolins, banjos and all five of them on vocal duties. The sounds they produce will melt your heart and will raise those goosebumps higher than they’ve ever been.

I was first introduced to them via a BBC Four documentary, “The Heart of Country: How Nashville Became Music City USA” discussing country music and its routes. They were featured very early on, playing the track “Maybeline” (off of the album This World Oft Can Be) live in a very typical Nashville bar. I’s chorus was stuck in my head for days afterwards, and thus my obsession was started.

Their most recent release, (the self-titled album Della Mae) features their best work yet! Country music to me, is as much about the stories and the meaning of journey than the music behind the lyrics. One of my favourite tracks is “Boston Town”. An upbeat jive that shines light on their sense of melody and sentiment with a touching tone. It sums the band up in one word - perfection.

The record - like an old steam train, carries this momentum on further down the line. Tracks like “To Ohio” and “Shambles” really get your foot tapping and singing a long. Forgetting your troubles just for a moment. Sit back, enjoy... tell me you don’t feel better?

Della Mae do what the best bands do. They aren't preachy, they aren’t flashy, or too big for their own boots. They know what they offer, and they kick-ass!