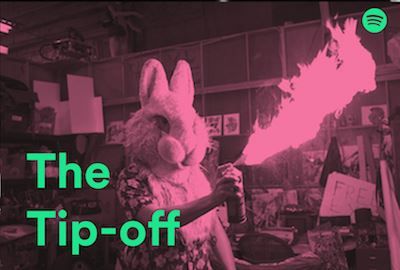 To every dullard think piece about the supposedly-unhealthy state of guitar music in 2019, surely the only correct response is, “You’re not looking hard enough!” Indie rock’s days of chart dominance might be in the rearview for the time being, but the underground never stops giving birth to talented new artists, and nowhere is that more true than in America.

Hailing from Philadelphia, four-piece noise pop outfit Empath announced themselves as one of the most exciting new bands around with last year’s Liberating Guilt and Fear EP. Its abrasive, DIY production values (some of the songs were recorded with a USB microphone from the Rock Band video game!) struggle to contain a glut of sticky pop melodies - the kind that burrow deep inside your head and then apply to get their mail forwarded there. Surrounded by a whirlwind of crashing drums and fidgety synths, singer Catherine Elicson’s passionate vocal hook on standout track ‘The Eye’ glistens like a diamond in the dirt, while ‘Carpet’ is 95 seconds of pure kinetic energy.

Released earlier this year on local queer-run label Get Better Records, Empath’s debut album Active Listening: Night on Earth marks a decisive step-up for the band. While still defiantly punk, these nine tracks show the band stretching their songwriting, pushing the production envelope and learning how to better synthesize the pop-leaning and experimental sides of their sound, in the vein of artists like Deerhoof and Sonic Youth. The pummeling hardcore drums and searing distortion of their earlier material are still present and correct, but songs like lead single ‘Soft Shape’ find them playing with new wave tropes, while ‘Decor’ is the most straightforwardly beautiful piece of music they’ve made to date. ‘Hanging Out of Cars’ starts off like a long-lost Breeders single before dissolving into studio ambience, and Empath’s ability to pivot between moods like this is one of their biggest strengths.

For those of you who appreciate the collision of lo-fi punk energy and gritty, sugar-coated hooks, Empath just might be your new favourite band.

Chart dominance doesn't mean anything, as all the songs in charts almost sound the same.

People stuck to the charts are too lazy to dive deeper in the ocean of indie music or maybe, finally, are not really curious or interested to enlarge their music universe.

Hello there! My name is Andrew Wahrlich from the all original band named Rezon8. I have released 11 songs in the past 6 months. I’m currently on a Skate Punk playlist with roughly 1,300 followers with my single “Fall Down” and a few other playlists as well. My sound is most like Blink-182, Green Day and The Offspring. I would be honored to be added to your playlist if you like the song!!!