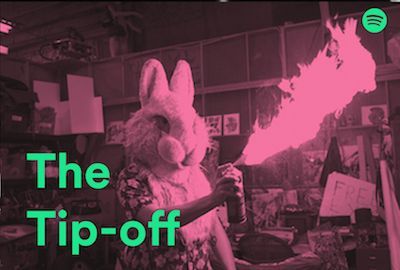 I was confused but pleasantly surprised when I first came in contact with GKR's music. Confirming to me once again that flow and energy is just as important as understanding the lyrics.

He started releasing tracks via online media back in 2014, selected Artist of the year by The Reykjavík Grapevine Magazine in 2016 and as of today has featured on some of Icelands biggest music festivals. GKR has definitely already made an impact on the Icelandic Hip Hop scene. It shouldn't stop there though. Despite being told to steer away from rapping in Icelandic if he wants to make it outside of Iceland, GKR has been determined to represent the Land of Fire and Ice in Icelandic with tight hooks, bass-heavy instrumentals and vibrant colours you can hear. GKR really knows how to pack a punch in a charismatic way. This can be heard on the following collaboration with Birnir from GKR's latest studio album ÚTRÁS.

The song which started it for me would be "Tala Um" which was released back in 2016 on his self-titled album. Funky foleys, volcano's erupting pastel-coloured lava and not to forget a downpitched 808 bassdrum to round it all off.

GKR can be considered a fresh take on contemporary hip hop. And a very welcome one if you ask me.