5FDP new album "Got Your Six" isn't on Spotify

5FDP new album "Got Your Six" isn't on Spotify

NastyyNashh
Casual Listener
Was just wondering why the album wasn't on Spotify yet? I got the notification saying it was available on Spotify but clearly it is not. Thanks.
Reply
13 Likes
Reply
Topic Options
147 Replies

does anyone know when the new album will be out on spotify?? it was out on tuesday everywhere else.

Is it this album?

Don't forget to add your Kudos and mark as a solution if it helped you!

Hmm yeah that link worked. This is weird. I still can't search for it and find it on my own though. On desktop or mobile. What am I doing wrong?

Haha yeah, sometimes new releases take a while to show on the artists page (at least for me), you can add the album to a playlists now though so you can listen to it 🙂

Don't forget to add your Kudos and mark as a solution if it helped you!

Music is released to different listening regions at different times, currently that single release is only available in these locations:

The full new release of Got Your Six by Five Finger Death Punch, which includes that track in the standard release version is scheduled for release on August 28th.

Anyway here is the single of that song if you can not play the song, you are outside of the regions it is currently available in.

Brondo765
Casual Listener
The Got Your Six album doesn't seem to be shown under there discography. Is this an issue with territory releasing as well? I'm in the U.S btw.
Reply
0 Likes

landrybranden
Newbie
its not letting me listen to it at all. been waiting a while for this album. kinda disappointed that it isnt working rn.
Reply
0 Likes

I received a notification this morning that the new Five Finger Death Punch album had been released, and was disappointed to discover that I couldn't play it. It just tells me that the song I'm trying to play is unavailable. Did it not really get released? What gives? Thanks! 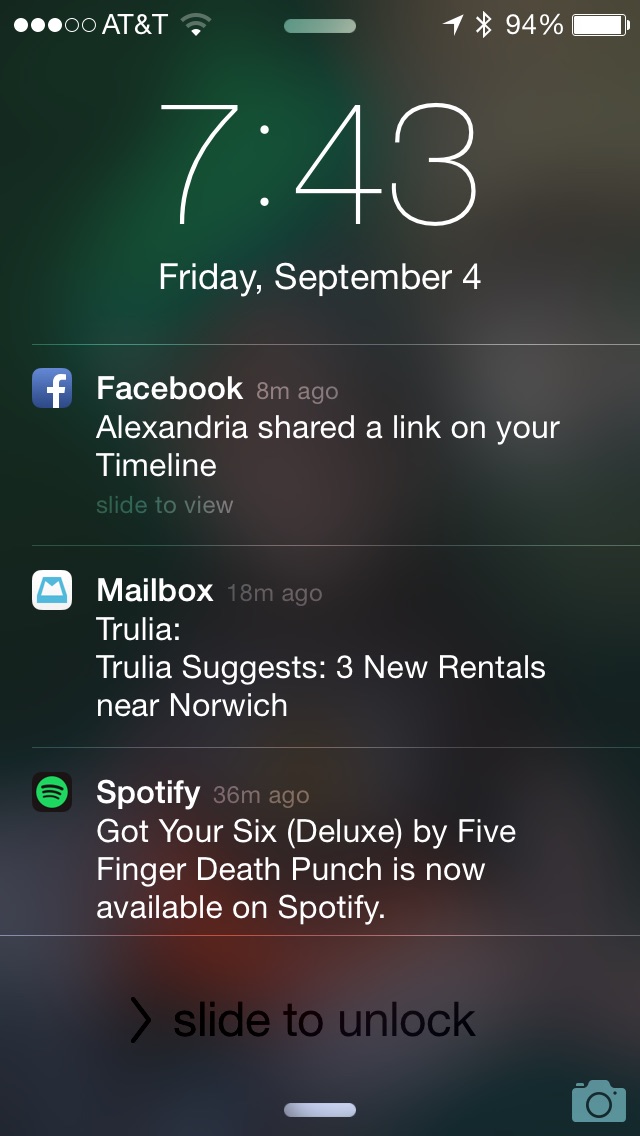 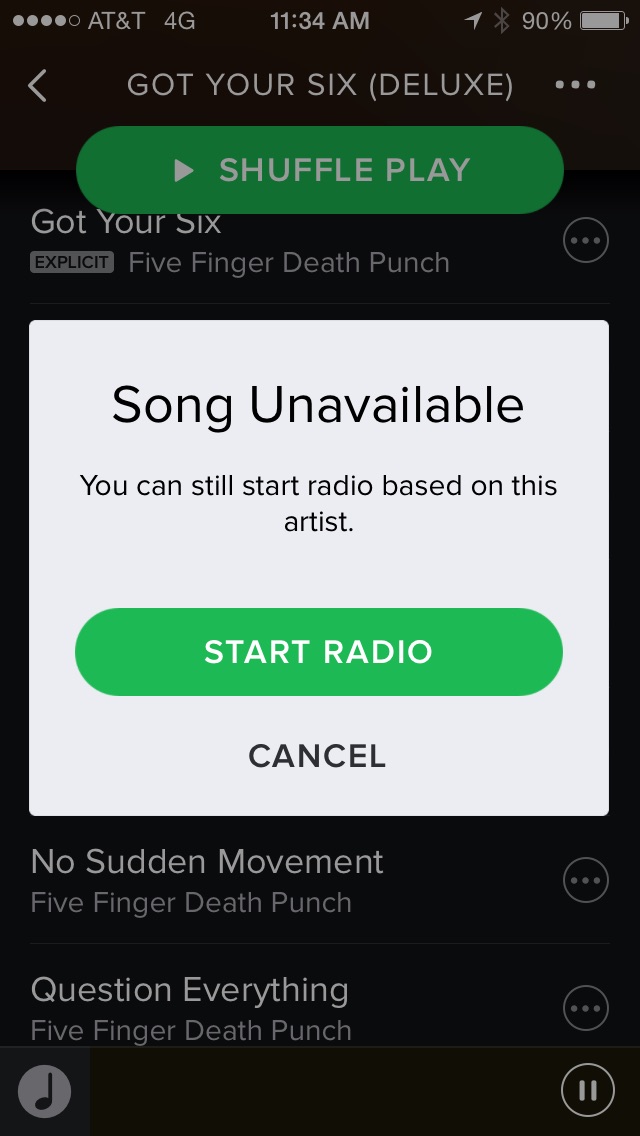 I can find the album if i try hard enough be then i can even listen to the album it not let me listen to it why the **bleep** is this happening?

Currently experiencing the same problem. Got a notification email, but when i clicked on the album title it only shows "Jekyll and Hyde", which has been out for months. When i try on the desktop, i can see the entire album but it will only play Jekyll and Hyde. can't add anything else to playlists, start song radio, or play tracks? whats the deal?

fyi, i've never had a problem with spotify before this, and made a community account specifically to try and figure out why Got Your Six seems to be having issues. been waiting a while to get the whole album.

Macatron
Roadie
Well, I'm glad to hear that I'm not the only one then. This is the first time this has happened to me as well, so hopefully it gets resolved soon. I even checked online, and the official street date for their new album release is for today.
Reply
0 Likes

UberStache
Casual Listener
Yeah I got the notification that it was released this morning but was disappointed to see it wasn't there. I was hoping by now (5 hours later) that it would be fixed but clearly it's not. All the other posts no one has reached out to say why as well so I'm just assuming spotify is clueless as to what is going on.
Reply
3 Likes

Yep. I've had my friends check and its the same for all of them too.