How do we help in making all music content available on Spotify?

How do we help in making all music content available on Spotify?

Hi! I know there's a lot of people here that likes to hear Taylor Swift's songs again. I know Spotify is really working hard. But, how do we simple users help convince them? (Two heads are better than one) I have read a few things and contacting the artist is a way but contacting the artist is hard. You don't know if he/she will read or not. What are the other ways? Do these petitions help https://www.change.org/p/taylor-swift-spotify-bring-taylor-swift-back-to-spotify ?

This question is not just for TS fans. It is also for fans of other artists without their songs on Spotify.

While Taylor Swift is away, I'm sticking to this playlist but, I still miss her music. 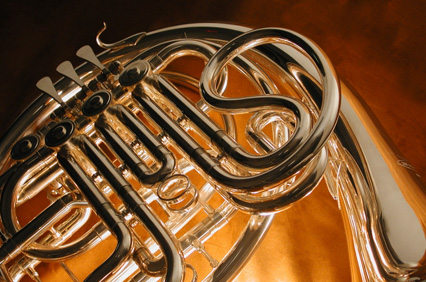 Well, what were Taylor Swift's problems with Spotify? Heres a quote of an interview from Time,

"I’m always up for trying something. And I tried it and I didn’t like the way it felt. I think there should be an inherent value placed on art.

"I didn't see that happening, perception-wise, when I put my music on Spotify. Everybody's complaining about how music sales are shrinking, but nobody's changing the way they're doing things. They keep running towards streaming, which is, for the most part, what has been shrinking the numbers of paid album sales.

"With Beats Music and Rhapsody you have to pay for a premium package in order to access my albums. And that places a perception of value on what I've created. On Spotify, they don't have any settings, or any kind of qualifications for who gets what music. I think that people should feel that there is a value to what musicians have created, and that's that. I wrote about this in July, I wrote an op-ed piece in the Wall Street Journal. This shouldn’t be news right now. It should have been news in July when I went out and stood up and said I'm against it. And so this is really kind of an old story."

It seems to me that she beleives that music has been devalued, and in general I would agree. This is a highly philosophical matter and I might discuss this at some other time someplace, else but most people would not be that interested so I'll refrain from doing so. The vast majority of people who use Spotify are free users, and they have all the access to the same music that Premium users do. "They were what they beheld" is a saying that means that an artist does there own thing, and people will follow them if it resonates with them.

Taylor Swift is one of the few artists in the world who is seeing an increase in her physical sales in music, so she is in a unique position to pull out of Spotify. She is a marketing genius, most artists can't claim that. Her leaving spotify has shown that music should be valued, and she has her following which concurs with that belief. However, for many, doing the same thing would be financially difficult for them and they would become an impoverished artist type.

Here is some information about Royalties from the Spotifyartists page:

An artist’s royalty payments depend on the following variables, among others:

• In which country people are streaming an artist’s music

• Spotify’s # of paid users as a % of total users; higher % paid, higher “per stream” rate

Now this certainly leads to significantly higher rates and lower rates (Though statistically this favors big acts more than smaller groups per stream, but Spotify doesn't seem to measure that way, for various reasons, it goes into significant detail on the spotify artists page). But consider that after it goes to the rights holder/record company/distributor, they usually take those payouts, take a cut for themselves, and then give whatever is left to the music creator themselves.

Now Spotify is significant better for the artist than piracy, but is nowhere as profitable for an artist as physical sales.

However, if Spotify were to increase its percentage of Paying Premium Members, gain larger amounts of users, or decrease the amouunt of artists they had to divide the revenues to (by Premium users listening to less music I guess), it would increase royalties and be more attractive for artists. That last variable probably isnt too favorable either because that would be an uneven increase among some artists who get viewed more and less to those who get viewed less, making it even less favorable with those who do not get that many views.

If spotify reached a certain level or revenue, it could pass artist's in revenue from downloads (though that seems like it is still a while off for most arists). This would be good for people who didn;t have a good deal of physical sales in the first place, which is a number of artists that is continually increasing.

Because of Swifts values, she will be a hard person to convert to Spotify, however there are many artists who would benefit from spotify.  However, you can increase the attractiveness for a greater amount of people by shelling out the money for the Premium, and convincing other to join spotify upgrade too. This creates an interesting paradox; in order to make it Spotify attractive to artists by being financially viable for them, Spotify needs Artists who are willing to post their music for less financial gain (at least for a significant period) in order to attract enough revenue to make it a financially viable solution.

Thanks! So, just sharing Spotify to friends so it gets more premium users. But one more question. I have a lot of friends who doesn't use Spotify. What is better:

Does promoting Spotify on the web also help?

The free service generates revenue for Spotify through ads. That supposedly pays for all the music they listen too. But unless someone is streaming upwards of ten thousands of tracks a month, the revenue will be less than a Premium Account, plus it will be split amongst a lot of different artists (or someone they streamed repeatedly). So Free users are good, but Premium really are significantly more esssential.

The other plus adopting Premium addresses the idea that Music as an Art has intrinsic monetary value (which is what Swift states she is worried about). I mean people like me go to School and spend a lot of money just to study and create music, so it would make sense that people pay. In a sense the ads pay, but consciously paying the Premium fee monthly makes this notion solidify in their mind.

So any increase in Spotify use is good, but an increase in Premium Users is even better in terms of royalties that end up in artists hands.

The problem is a collective action problem, you need a lot of people (tens of millions) in order for royalties to make a significant increase, but the problem is that artists won't attract people unless the royalties are decent. I am a person who always says to take a chance and trust people to do likewise, or atleast enough people to make it worthwhile. So I tell my friends, but I cannot force them to join Spotify or get Premium. But gradually and slowly people will hopefully eventually adopt the idea that music is worth paying for and that Spotify is a service that will treat artists fairly while giving them a diverse set of options of things to listen too, while being fairly easily accessible.

Promoting Spotify on the web may be good, but nobody likes constantly being bombarded with people who solely talk about it (like a lot of people who only want to talk about one thing). So maybe mentioning it in conversation or putting a Spotify follow button in a signature to grab someone's attention would be ok, but you would probably be less effective if you just spammed pro Spotify messages everywhere or signed up on a website with the sole intention of getting people on Spotify.

I suppose you could mention that spotify also has audiobooks too, along with thousands of years worth of music, since most people do not realize they are there.

I do wish there was a definitive way to reach out to the artist or label.

I've tried to tweet labels and artists and occasionally gotten a response, but it doesn't always work. Although it has worked in one occasion for me. And I mean beyond just getting a response and actually having the requested content made available.

Ok. Thanks for the info. 🙂 . What I have decided to do i the web to promote spotify is to embed songs and people will be playing that and that embedded thing will ask to download Spotify. Maybe that will simply work as hidden messages to introduce them to what Spotify is.