I wonder if the KYUSS- GREEN MACHINE ALBUM from 2018 is a digital release only and who is behind the release.

The reason I ask is because the band already released a greatest hits in 2000 and this new album consist of 26 songs (!) that is almost the whole back catalouge of the band.

The album cover is also not very KYUSS-ish. Looks nothing like their style or fonetics  and there have been no press release on this album?

It almost look fraudlent in its appearance.  Yes. 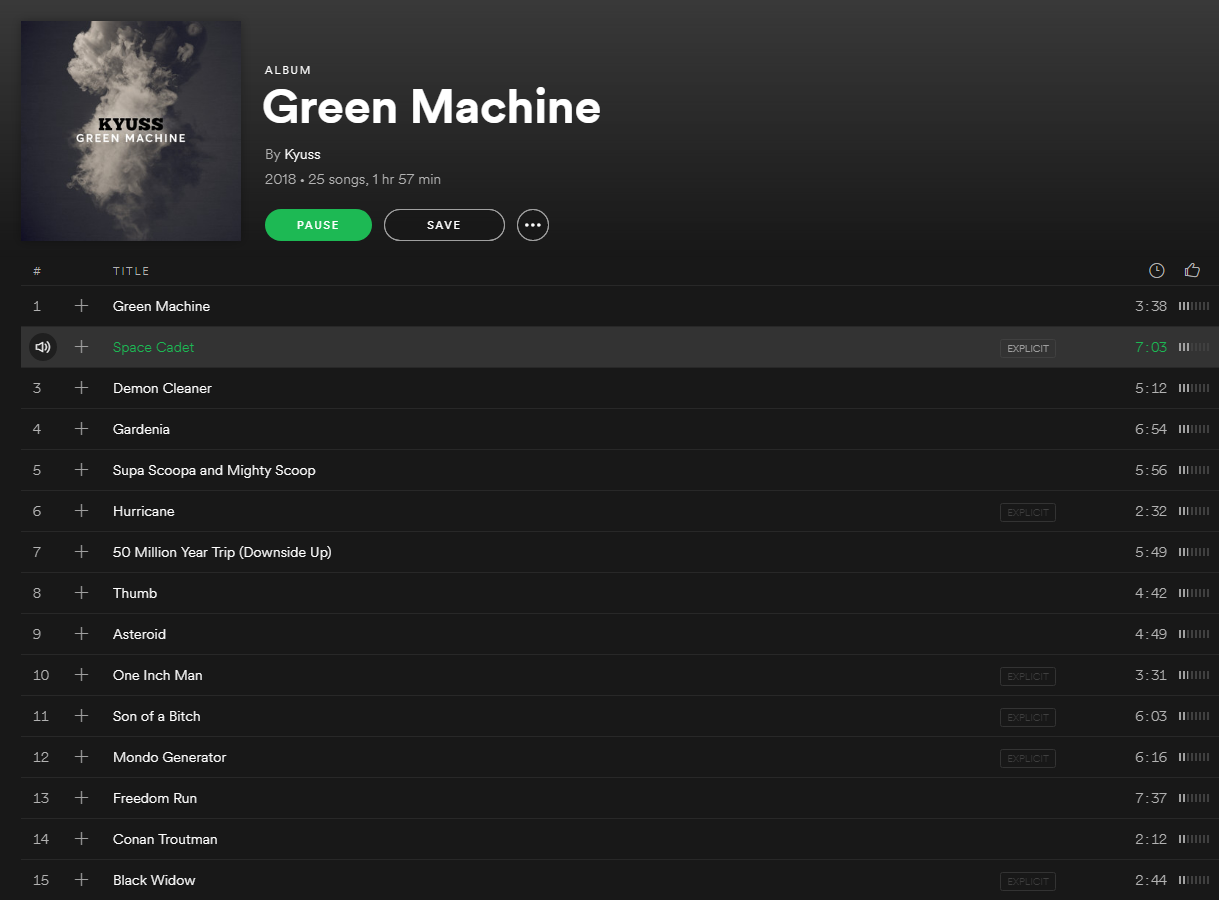 I did some research.

It's apparently just a digital release compilation, and somehow the way of Spotify to recognize them.