Recently I noticed that the "New releases for you" in discover section is gone..

It was really nice, and i enjoyed every time when new albums showed, now its gone.

Can you tell why did you removed it, and is there any chance to bring it back?
Thanks!

MartinStoichkovSpotify Star
Help others find this answer and click "Accept as Solution".
If you appreciate my answer, maybe give me a Like.
Note: I'm not a Spotify employee. 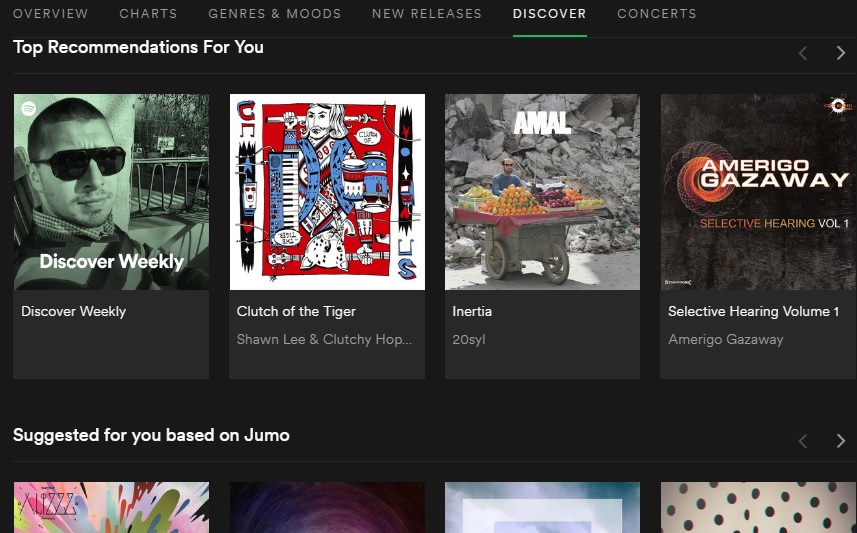 I'm with the same problem. "New Releases for you" section is gone.

Same here. My New Releases for you has been gone for months now. I've already reinstalled Spotify on both my PC and my Android phone, upgraded the versions, and still nothing.

My New Releases For You has been missing for almost 6 months now. No one has found a solution or offered any assistance in this time (I've posted several times asking for help).

That was once my most-used section. It's no where to be found now (not at the bottom of the Discover Playlists, nor elsewhere).

I'll try Tidal and Google Music, as Spotify's lack of response is extremely disappointing. Not to mention that the Android app keeps deleting all my downloaded songs, so I have to re-download them every month or so.

FYI, to all those with the same issue: I finally got ahold of someone at Spotify. The official answer is that this section is *gone*. It has been removed and replaced with the shoddy "Release Radar" playlist, which--if your algo is anything like mine--is 99% singles. Very poor choice in my opinion, since the playlist requires 3-4 clicks on the iPhone just to see the album details.

Those of whom still have the playlist only have it temporarily - it will be going away permanently, to be replaced with "Release Radar." That's probably the final straw for me, unfortunately.

Thanks for the info, @ZFDiamond. I agree with you, the Release Radar is way less helpful than the New Releases for you, as not only it's a lot more clicking, but also it usually shows singles, so we don't know when the full album is finally released. Very disappointing.

I think it's broken again

Here is the link to the new releases page for anyone else who is looking for it:

EDIT: Oops, this is the url for all new releases, not "new releases for you."
Sigh, still missing for me...

Gone again for me as well. Why are they even removing it? For me, it was the most useful feature compared to Apple Music. Really annoying.