Hear 2.5 hours+ of great Hip-Hop songs from the dopest underground rappers of the past several years, old school Hip Hop classics, and some new Hip-Hop songs as well.

I chose songs that are funky, faster (but sometimes cool, jazzy & mellow), happy, tell a cool story, boast clever rhyming skills, utilize real instruments or imaginative sampling, and make you feel good when you listen to them. I mostly picked groups over individual rappers. I avoided rap songs about drama in the hood and mostly negative focused tracks because I always liked the abstract story songs better. Click http://www.funkish.audio/old-school-hip-hop-and-underground-rappers-spotify-playlist/ to learn more about the artists & selections.

Enjoy the top Hip Hop songs from the 80s & 90s Hip Hop, as well as some underground Hip-Hop you might not have hear (but I hope you love). 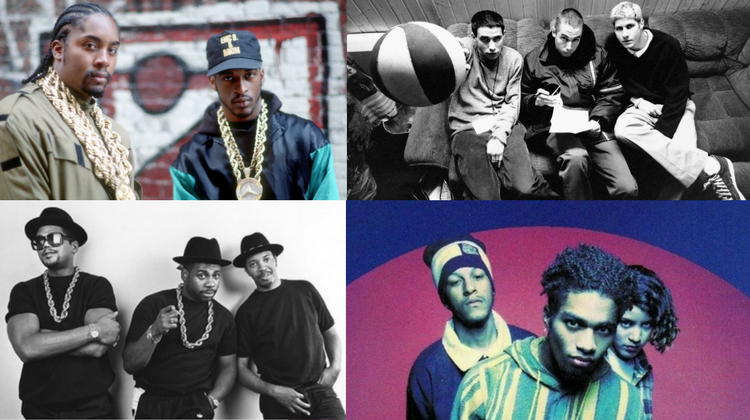 Sign up to get curated Spotify playlists of funky music from around the world at Funkish.Audio

Really nice mix of the well-known with the more unheard of artists of the genre.

Thanks, I'm glad you dig it!


Sign up to get curated Spotify playlists of funky music from around the world at Funkish.Audio

Thanks for sharing your playlist. ^^

NicoRock Star 17
Help others find this answer and click "Accept as Solution".
If you appreciate my answer, maybe give me a Like.
Note: I'm not a Spotify employee.
Reply
1 Like
Highlighted

It's a nice set. I have tried to create something like this myself on a couple of occations (every summer holiday), it's really hard to stick to a subgenre (like mid-nineties-golden-era-east-coast-hiphop) and not get trapped in adding something outside of the subgenre. There is always some track you really dig at that moment that you just throw in there... and then you're lost... like a junky..

salute brother...my name is EAZE pretty much new on this platform and looking foward to work.

big beats fan here, check some new discovers I made for underground, some abstract instrumentals and some dope freestyle MCs doing old school hip-hop... they have no listeners and are amazing, great blend of the style, enjoy it brodhas