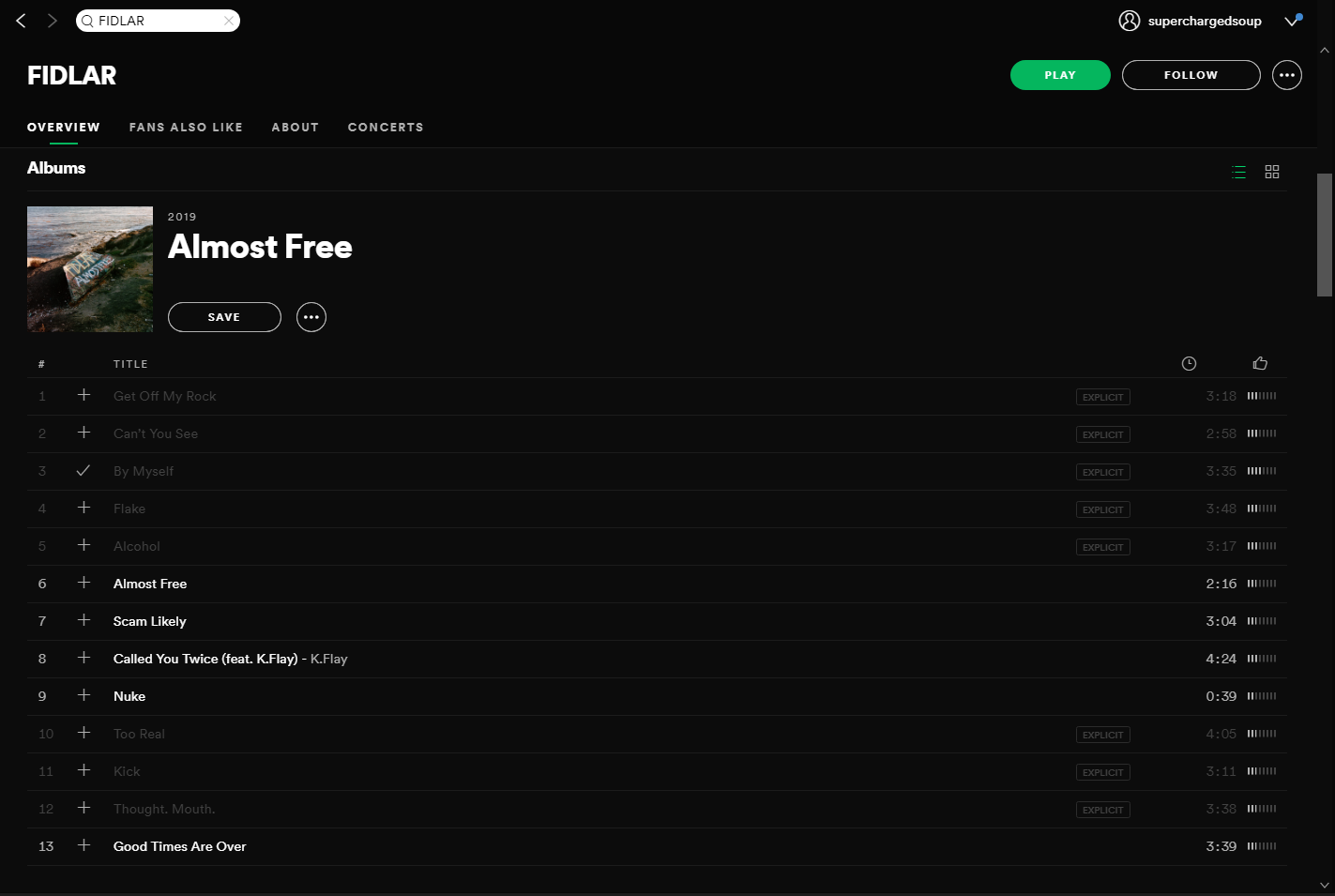 Thanks for posting here 🙂

In case you're using the app from our website, we'd suggest you download it from the Microsoft store to see if that makes a difference.

It's also a good idea to toggle on/off the offline mode to see if that changes anything.

Just to double-check- does the same thing happen with another account?

I also have this issue and it is only my account. It is the same on both windows, mac, and iPhone. I have tested several computers and same issue. For my friend's account, all the tracks work. The funny thing is that my own song I can't play on my own Spotify account. This issue happened just this week I belive. 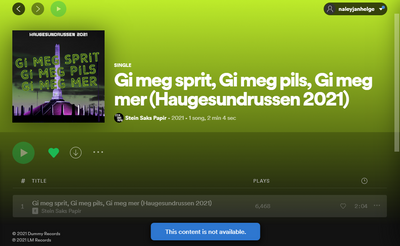 Just to confirm, has your friend logged in to their account in one of your devices? Can they the songs there that appear as unavailable for you?

Additionally, let us know if you've already tried the suggestions mentioned above in this thread.

naleyjanhelge
Casual Listener
Yes, he was logged on my devices. But there has also been an update here.
It looks like this mainly applied to explicit music. And when I clicked on
a track it said it was not available. But today when I tried again I got a
notification to turn on explicit music and for Spotify to use Face ID.
Looks like that fixed my issue.

But yes before I got the notification I tried the other suggestions with no
luck.

Thanks for letting us know that everything is working fine now.

We'll keep in mind the information you shared with us so we can keep helping other users. Remember to always keep your app updated, so you don't miss any fixes or new features. Don't hesitate to give us a shout if you have more questions.