just disapear or where changed but some other characters. 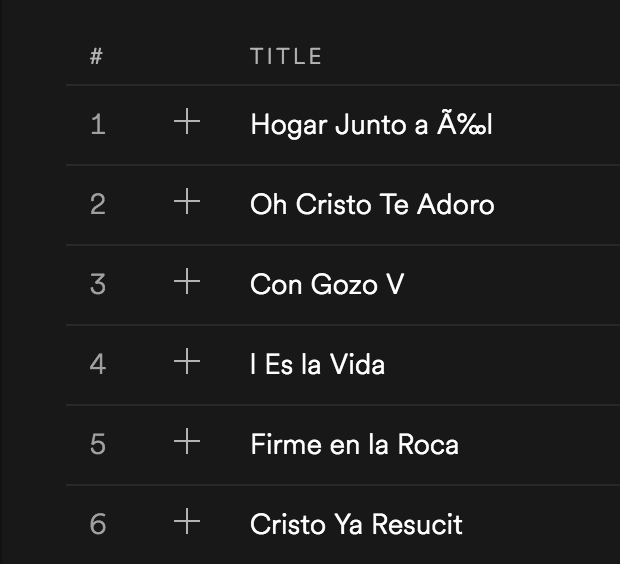 I had to use screen captures to show the problem because Spotify does not allow these characters even here. (Please allow them) The problem is not with the characters because some song titles and album titles allow this characters.

I remember when the distributor upload the music and all the song titles where correct, but some months ago everything changed. So the problem is not with the distributor, I guess is something with a Spotify system update.

How this problem can be solved? I've tried reporting the issue on support page (on Octuber) but never received a response. Is there a way to contact some support person from Spotify to solve this issue? Please help me.

I see that the ablum you mentioned: http://sptfy.com/2iOy

is a re-release of the previously released version here: http://sptfy.com/12LS

When you go to an album page in the desktop app, you can see all the versions in the bottom right corner