WHY do you keep removing songs???

WHY do you keep removing songs???

Why is it that Spotify can't leave stuff alone??? YES, add music, but STOP taking down music!! ESPECIALLY after its on a playlist!

Stop letting artists and outhouse lawyers tell you what to do, grow a pair and LEAVE THE MUSIC *UP* ONCE IT'S UP!!

I am NOT going to pay for something if I cannot count on it being there from (literally) one day to the next!!

AAargh they just removed my favorite humping mix and half of a CD. **bleep** 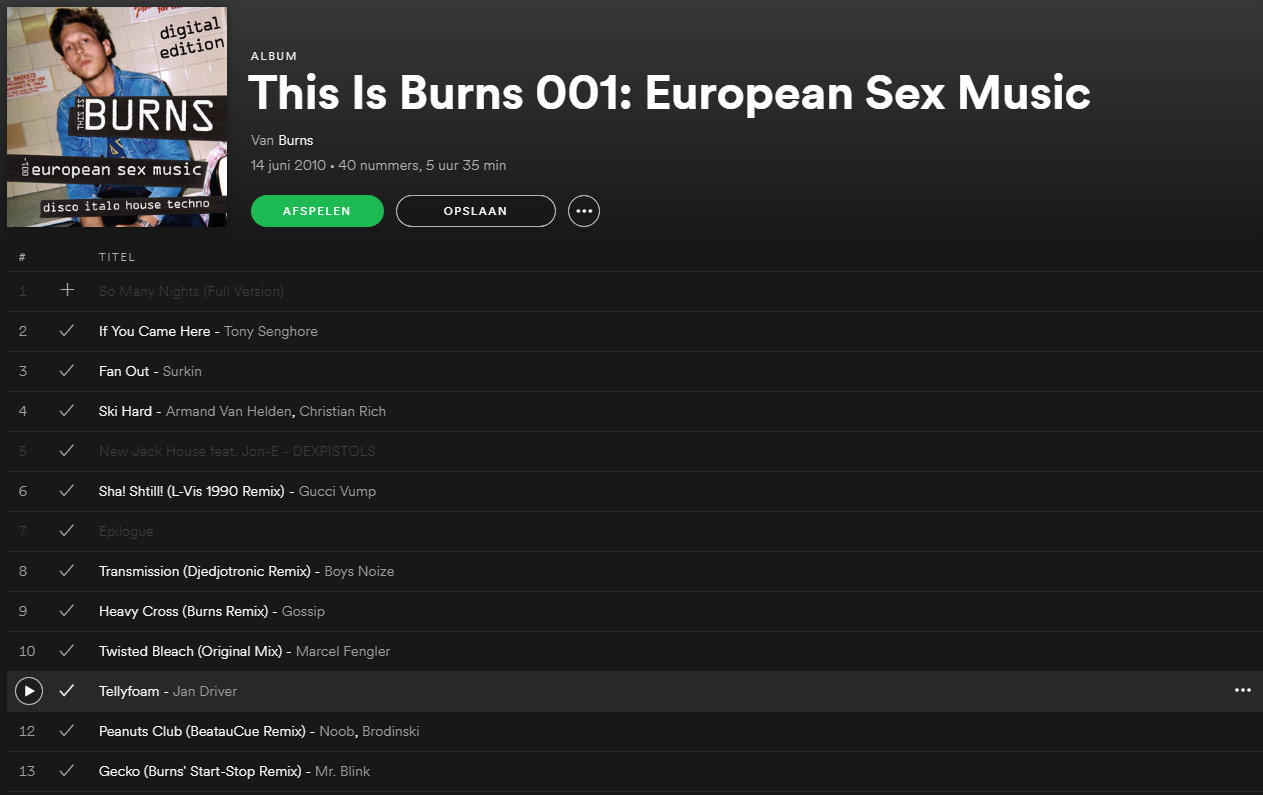 I understand taking down individual songs but why songs that are part of an album? Like Travelin Soldier by the Dixie Chicks is suddenly not on the album I actually happen to have a physical copy of and I know it's there. Like why just that one song and not the album??

my issue is that this one song that I really liked used to be playable but now it isn't but the res of the album is available? what's the fix for that

The availability of music on Spotify is up to the artists and their music label.

If the music is unavailable, the artist or their music label has likely decided to not make it available in Spotify.

Contacting the artist is a good way to let them know you miss their music in Spotify.

osorniosRock Star 24
Help others find this answer and click "Accept as Solution".
If you appreciate my answer, maybe give me a Like.
Note: I'm not a Spotify employee.
Reply
0 Likes

This one of the most disgusting things I’ve ever read on any online forum and from what I can assume you are probably a minor. (Referring to original poster)

Why is it that Spotify can't leave stuff alone??? YES, add music, but STOP taking down music!! ESPECIALLY after its on a playlist!

Stop letting artists and outhouse lawyers tell you what to do, grow a pair and LEAVE THE MUSIC *UP* ONCE IT'S UP!!

I am NOT going to pay for something if I cannot count on it being there from (literally) one day to the next!!

I always purchase my music I have never used Napster in the 90s nor I have a used LimeWire.  Spotify is the modern version only it’s legal.  I have thousands of vinyl records audio cassettes and CDs and im in my 20s.

Artists make barely anything and they only put their stuff on Spotify because of a “bandwagon” and it helps with promotion Spotify claims.  Music artists are pulling out of Spotify because Taylor Swift was the first artist to sound the alarm bells and others are following suit. They literally make less then a penny for each song played.

I use spotify for Music I have already purchased in stores or on ebay if its out of print. If you are that enraged music has been taken down, it means you should respectfully purchase that album if you have listened to it that much.

half of chris knights songs in his albums are gone, and they were in my country playlist. I use spotify everyday so please help!!!!

If Spotify 'grew a pair' they'd be sued into bankruptcy and then there wouldn't be any songs on here at all because Spotify wouldn't exist, what a ridiculous statement.

Reading through this thread I have the feeling that half of the comments come from very young listeners that have no idea what the copied and pasted response from the Spotify staff mean. They think music titles or albums are removed for fun which would literary make no sense. Also the unnecessary swearing and ranting should be against the community rules. It should stay friendly.

Thats true i was listening to a song a month ago and im looking for it today and i dont find **bleep**. I wont keep paying for this service anymore

It would be nice if Spotify told new subscribers that songs can randomly disappear. I use Spotify for the convenience. I buy the CDs that I want to have in the future in case they disappear at some point. It is risky to put your faith in a company that could be gone at any time.

Yeah I don't think that it is the responsibility of Spotify users to make sure artists' whose music is on Spotify get their share for the work. Spotify should increase the amount an artist gets per each play.

I have the same problem with spotify. They lose it and even if they get it back they never put it back in your saved songs!

Jtpav10
Music Fan
I am thinking of going back to the free version of Spotify for just those reasons. Why pay money every month and not get everything you want. I really don't like it when they remove songs and without telling anyone. You go to listen to a song in your library and it's gone.
If I do the free version I can preview the music before I buy it then I will always have it.

I was able to play Song named DIA by singer Anji. But today, the song is greyed.

Thanks for your support.

atleast make it like we get a notification when a saved album is being removed.

Hey assholes, you just lost a customer. You removed my favourite album. Other services didn't. (I wanted to tell you which but this stupid form validator doesn't allow me to use explicit names)

I believe you are missing the point of the original problem and frustration with Spotify. I'm with you on the fact that if I like the music I will support them and purchase the album or song, and currently I pay for Spotify Premium. You make a great point with needing to just purchase the song if you want to listen to it and support the artists that you love to listen to so they can continue producing good music.

This is why I pay monthly for Spotify. When they add songs or albums and allow you to listen to them enjoy them, and then whether its days, weeks, or months later remove the track, that is where the frustration is originating from. I have many songs on my starred playlist that are now taken down for no reason specified by Spotify or the artist - a simple solution could be a link to a breif explanation as to why the track was removed. These tracks were readily available and then removed and greyed out. You can't link to the song nor listen to it within the spotify platform. If a track is being taken down, then people paying for the services Spotify provides should supply a proper explanation as to why they are making a once available song unavailable. It must have a reason.. Spotify wouldnt remove songs without one. So please provide this to the public in a short blip. That's all I'm requesting so that I can justify the reason as to why I can't listen to X number of songs on my own playlist created.